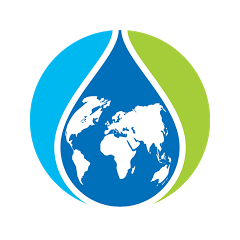 In tough times for Australian aid, the global vaccine alliance Gavi has fared quite well. Given this, a blog, working paper and policy brief recently published by the Center for Global Development (CGD) are timely in identifying opportunities for maximising Gavi’s impact, particularly in lower middle income countries (LMICs).

While the direct benefits of vaccination are almost irrefutable in terms of cost-effectiveness, the CGD research draws attention to more general concerns about aid effectiveness – going beyond straightforward health impacts to take into account some of the broader consequences of Gavi contributions, such as the effect that Gavi funding can have on recipient governments’ own spending on vaccination.

Gavi is a public-private partnership that engages in a variety of initiatives related to immunisation, from shaping global vaccine markets to building capacity in civil society organisations for vaccination delivery. One of Gavi’s major functions involves providing financial support to low and middle income countries to increase childhood immunisation. ‘Gavi-eligible countries’, with a per capita GNI of US$1,580 or below, can access funding for routine and new vaccines; countries that cross this eligibility threshold are classified as ‘graduating countries’ and receive declining levels of support.

One notable feature of Gavi’s model is that rather than simply making grants for purchasing vaccines, Gavi typically procures vaccines on behalf of recipient countries.* One of the assumptions of CGD’s study is that providing vaccines in kind should reduce a kind of ‘fungibility’ – i.e., whereas a grant earmarked for vaccination might readily free-up funds for, say, a new road, vials of vaccine themselves are rather more challenging to exchange for cash. In kind donations are therefore regarded as more likely be used for their intended purpose.

Fungibility is typically of greater concern in middle income countries, which generally have greater capacity, infrastructure, and government budgets than low income countries. Accordingly, another tactic Gavi employs to try to tackle fungibility is co-financing. By requiring those countries with adequate resources to fund an incrementally increasing proportion of their vaccine supply, Gavi aims to both reduce the quantity of potentially fungible funds and encourage country ownership of vaccine financing.

Accordingly, the most effective use of Gavi funds would maximise impact and minimise (ideally, eliminate) fungibility and waste.

The first piece of good news from CGD’s assessment is that it found little evidence of outright waste of Gavi-funded vaccines.

Even better, there is significant evidence to suggest that Gavi had a positive impact on rates of immunisation against Hib, rotavirus, and (to a lesser degree) pneumococcal disease in middle income countries. Specifically, the study found that countries receiving Gavi aid observed an increase in the number of children receiving these vaccinations, as compared to countries just above the eligibility threshold.

The not so good news: there appears to be some fungibility in countries just below the funding eligibility threshold, particularly in the case of pentavalent (a low-cost vaccine that protects against five high-mortality childhood diseases). It seems these countries would likely have purchased the vaccines with or without external support; the effect of receiving Gavi funding tended to be a ‘crowding out’, rather than ‘crowding in’, of domestic immunisation spending.

Overall, CGD’s analysis suggests that the relative impact of funding inexpensive vaccines (e.g., DPT, Hep B – both of which are included in pentavalent) on immunisation rates was modest in countries just below Gavi’s funding eligibility threshold, as compared to countries just above the threshold. However, funding more expensive vaccines, such as Hib, rotavirus and pneumococcal, generally increased vaccination rates (albeit to varying degrees of significance) across the countries studied.

These findings bring CGD to the conclusion that more precisely targeting Gavi funding – chiefly by adjusting the funding eligibility levels for specific vaccines (upwards for newer, more expensive vaccines, and downwards for older, cheaper vaccines) – seems unlikely to negatively impact immunisation rates in middle income countries, and should simultaneously promote domestic expenditure on vaccination. CGD’s results thus speak directly to active debates over optimum eligibility levels and equitable access to new pharmaceuticals in LMICs – topics which are sure to figure in Gavi’s review of its co-financing policy (scheduled for this year).

The results also have implications for those concerned with aid effectiveness in general. In a climate of shrinking aid funding, effective targeting is critical for ensuring the maximum development impact of the aid that we do give. Identifying those places and interventions where aid funding produces only a marginal difference in development outcomes – as CGD suggests is the case when funding inexpensive vaccines in LMICs, which are already (or will soon be) capable of fully financing their own vaccination campaigns – presents opportunities to redirect funds to poorer countries and/or to more expensive interventions, thereby doing more with the same amount of funding.

Co-financing is also an important element in ensuring the effectiveness of Gavi aid, and to that end it is encouraging that several of the Pacific Island nations supported by Gavi – PNG, Solomon Islands and Kiribati – continue to meet or voluntarily exceed [pdf] their minimum co-financing requirements. Though the delivery of immunisation services in these countries requires further improvement (as last year’s measles outbreak [pdf] in PNG and Solomon Islands unfortunately demonstrated), their co-financing performance to date provides confidence that continued support to Gavi represents a worthwhile investment in this region.

*Procurement for the Gavi Alliance is primarily conducted by UNICEF and PAHO. Gavi does provide an option for countries to ‘self-procure’, though this method is the exception rather than the norm.