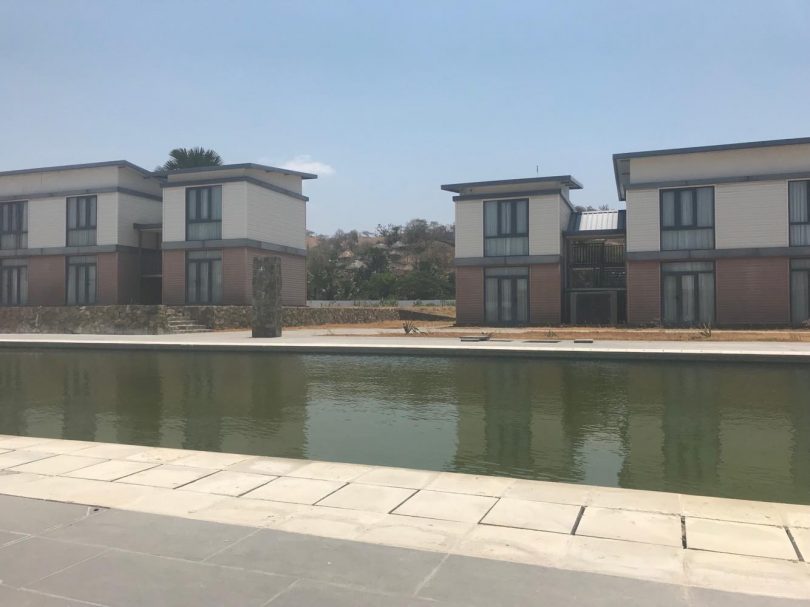 In June 2014, a breathless headline on the MacauHub website announced a momentous event in the long and storied history of Timor-Leste’s remotest district.

‘Development of Oecussi enclave, Timor-Leste, begins in July’ it announced, followed by a statement by the appointed leader of Oecussi’s autonomous regional government, former Timor-Leste Prime Minister Mari Alkatiri, saying that he had kindly rebuffed no less than three groups from China ‘that have shown interest in buying the entire project’.

Five years later the results of this ‘development’ of the Special Social Market Economy Zone (often known by its Portuguese acronym, ZEESM) are a mixed bag. This blog does not address all of them. It does, however, highlight how the steadfast focus on megaprojects approaches something out of a satirical novel.

The Oecussi enclave has its origins as a chunk of western Timor that stayed affiliated with Portugal while the rest of West Timor (also dominated by the Meto ethno-linguistic group) came under Dutch rule. Throughout the Indonesian and independence eras, Oecussi’s coastal town, Pante Makassar, grew from a compact colonial outpost into a sprawling peri-urban settlement. In the hills life still revolves around swidden gardening (lele pindar) and a syncretic cycle of harvest rituals (fu’ah). Oecussi is known for being poor, but also (with some notable exceptions) peaceful and socially cohesive. Its people like to describe themselves as kalma.

The original concept behind the ‘development’ was to use over a billion US dollars of Timor’s ever-dwindling pile of oil money to build up the ZEESM in such a way as it would attract foreign investors who would pour in billions more. The term ‘front-loading’ was thrown about. It was also touted as incorporating ‘social market economy’ principles, although in reality this has meant little.

Given the number of empty buzz words associated with this project, and the inherent danger in assuming that jargon-heavy, in-house planning documents necessarily reflect reality, ethnographic research (that is, the long-term observation of communities from within and using local languages) has value as a corrective. The view from a place that I’ve come to know since 2011, the hamlet of Oeupun, is a good example of why.

Oeupun is a hillside settlement of sheet metal and palm thatch, about three kilometres from Pante Makassar. Over the decades it has been a landing spot for people moving from the hills in search of work and education. It was, by custom, the domain of some prominent local families, and permission to settle was acquired through payment in cash, loyalty or labour. In Timor these things are never simple.

Like most communities in Oecussi, what Oeupun really needs is clean water. It has a couple of wells, dirty and brackish, but access to fresh water comes only twice a week from a pipe on the main road. Though there is water in the hills and underground, getting to it is a challenge, and difficult or impossible without state help. Even then it would need to be a priority. Despite assertions to the contrary, it is demonstrably not.

In 2014, instead of getting water the people of Oeupun got word that some of their homes were to be demolished to make way for a ‘luxury’ hotel. Despite the initial insistence of the zone’s leadership that the hotel be open for the 500th anniversary of the Portuguese arrival in Timor (officially, the 500th anniversary of the affirmation of Timorese identity), it is still empty. The hotel is across from a rice paddy in the lowlands (typically either bone dry or buzzing with mosquitoes) and especially given that Oecussi already has several lovely privately run places to stay near the sea, it’s hard to see how it could be commercially viable, although a Malaysian company has just been contracted to operate it.

The people of Oeupun were assured that all this, swimming pool included, was for their own good. There was more. In 2014–15 they watched construction machinery moving around on the hillside opposite. Sadly, this wasn’t an emergency response to their dire need for fresh water. Rather, it was the construction (behind high wire fences) of around seven villas for the leadership of their newly autonomous district. More than seeing state money go on luxury accommodation rather than their local basic needs, what really galled the people of Oeupun was watching the water tankers rumbling up the hill to keep their leaders hydrated and clean. Their barely functional water pipe was by the side of the same road.

Not much further away, towards the sea, yet another construction project was underway – an Indonesian state-controlled company building a genuine international airport. The scale of this building is bizarre. It has two ‘sky bridges’, a dedicated quarantine building, two state-of-the-art fire engines and an ambulance, all peacefully rusting in the sea breeze watched over by an army of snoozing security guards. Air conditioners cool the huge, empty terminal. The huge airport services the same charity air ambulance and state-chartered prop plane that once used the old dirt strip. That’s it.

How much did all this – the hotel, the airport, the villas – cost? There are numbers around, but I doubt their completeness. My estimate, probably far too low, is no less than US$200 million. Essentially for nothing. I also don’t have a figure as to how many lives would have been saved by putting essentials first, but it’s more than zero.

This is not an attempt to comprehensively appraise Timor-Leste’s efforts to ‘develop’ Oecussi, which clearly has some positives. Among other things, the construction resulted in a small (artificially stimulated and largely urban) economic boom, so there are more shops and cars around than before, and the rehabilitation of some mostly urban roads and bridges has been appreciated, as has the street lighting. As throughout Timor, the electricity supply is much improved. Still, the view from Oeupun and places like it, whose basic needs have come second to megaprojects of ‘unproven’ (to put it politely) viability, cannot be dismissed.