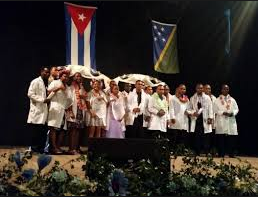 Melanesians on the move

Few Melanesians (with the exception of Fiji citizens) have migrated to the developed countries of the Pacific Rim, in contrast to their Polynesian neighbours who have migrated in great numbers to New Zealand and Australia. Similarly, few Melanesians have migrated within the region itself. Statistics are hard to come by, greatly hampering the analysis of migration and labour mobility in the region. While more has been written about the migration of Melanesians to Australia and New Zealand, including their participation in seasonal workers programmes, comparatively little is known about intra-Melanesian mobility, which this post focusses on.

A lack of available statistics hampers the analysis of intra-Melanesian mobility. There are potentially four major data sources for the analysis of migration and labour mobility: Census data; arrival and departure data, based on the arrival and departure cards filled in at international ports of entry; work permit data, usually collected by departments of labour; and data on visas, usually collected by departments of immigration, which can be used to verify arrival and work permit data. I am currently trying to access these data sources for PNG.

The 2011 Census of PNG shows that PNG’s population of 7,229,880 included 20,882 non-citizens, as well as 264,362 people born overseas. Since a breakdown by country of citizenship or country of birth is not available, Census data in PNG cannot be used to analyse intra-Melanesian mobility involving PNG.

Arrivals and departure data is available for PNG. Unfortunately, figures for Melanesian countries are lumped together with other Pacific island countries. They show that in the most recent period for which data is available, the last quarter of 2013, 15,442 people entered PNG as visitors or temporary entrants for the purpose of employment. Of these, 214 were from Pacific islands, including Melanesia. While these figures are not useful to analyse flows from Melanesia, they nevertheless point to the very low number of arrivals from Melanesia for the purpose of employment in PNG.

I approached PNG’s Department of Labour and Industrial Relations (DLIR) and am currently waiting for work permit data to be made available, including by country of origin, occupation and industry. Similarly, I have not been able to access data on visas.

In the remaining sections of this post, the Skills Movement Scheme that was introduced by the Melanesian Spearhead Group, as well as some bilateral initiatives, will be discussed.

The Skills Movement Scheme of the Melanesian Spearhead Group

The Melanesian Spearhead Group (MSG) is a regional organisation comprising Fiji, PNG, Solomon Islands, Vanuatu, and the Kanak and Socialist National Liberation Front of New Caledonia (FLNKS), which aims to foster political, cultural and economic links at the regional level. The MSG has recently introduced a regional labour mobility scheme, called the Skills Movement Scheme (SMS), allowing 400 workers from each of the members to work in another MSG country. The agreement came into force in September 2012 and governments have since taken steps to implement the scheme.

The overall objective is to facilitate the temporary movement of skilled MSG nationals within the region for the purpose of taking up employment. This would particularly help to address unemployment in Fiji and skill shortages in the other MSG countries. Procedures and administrative mechanisms have been established and the MOU provides for the recognition of certain qualifications awarded in the MSG countries. The four participating countries in the SMS – Fiji, PNG, Solomon Islands, and Vanuatu – have identified occupations for which they admit workers from the other countries, a numerical cap, required qualifications, the maximum duration of employment and any additional commitments. These commitments are included as schedules in the annexes of the MOU. PNG has identified as many as 50 occupations from a vast range of areas, including agriculture, tourism, health, teaching, mining, construction, various trades and professional services. The MSG Secretariat coordinates and monitors the implementation of the MOU and makes information accessible on its website. However, in the two years of its existence not a single worker has moved under the SMS.

According to PNG’s DLIR, the lack of a labour market information system in PNG means that information on the supply and demand of workers by occupation and industry is not available. The long list of occupations included in PNG’s schedule to the SMS might therefore not reflect actual labour shortages. This could be one reason why Melanesians have not taken up opportunities in PNG. Another reason could be that many employers in PNG are primarily looking to developed countries and Asian countries as sources of labour. Another reason for the failure of the scheme in PNG could be that although the National Employment Division within the DLIR maintains an SMS desk, there has been little publicity of the scheme within PNG.

According to the MSG Secretariat, implementation of the scheme has been delayed due to the private sector not having demanded any workers under the scheme, and due to the low level of awareness of the scheme, especially among recruitment agencies and large companies. However, when contacted, the MSG Secretariat was confident that the scheme would be implemented in the first half of 2015. The MSG Secretariat currently has plans to comprehensively overhaul the SMS in 2015. While the SMS has to date failed to attract labour migrants, some labour movement has occurred within the Melanesian region.

Fiji has attracted considerable numbers of Melanesians to work in one of the many regional organisations based there. PNG has also attracted some workers from neighbouring Melanesian countries into its expanding economy, although not under the SMS.

Fiji has sent professionals to neighbouring Pacific countries, including Melanesia. Teachers are the prime example. Since the mandatory retirement age for civil servants in Fiji was reduced from 60 to 55 in 2009, some retired teachers have been employed in neighbouring Pacific island countries under the Fiji Volunteer Scheme, which the government introduced in March 2012. In August 2014, nine retired Fijian teachers were working in Vanuatu as a result of a bilateral agreement between the Fiji and Vanuatu governments.

In the future we can expect an increase of Solomon Islander doctors working in neighbouring countries. Under a bilateral agreement with Cuba, Solomon Islands sends medical students to Cuba on a programme sponsored by the Cuban government. The first students graduated in 2014, and it is expected that over the next few years there will be too many Solomon Islander graduates to be absorbed into the country’s health system. Some Solomon Islander doctors have already found employment in Fiji and PNG, with their numbers likely to increase.

To sum up, few Melanesians have migrated to the Pacific Rim or within the region. Intra-Melanesian mobility is as negligible as intra-Melanesian trade flows, despite the existence of the MSG Trade Agreement and the SMS, which has to date not attracted any labour migrants. The few existing labour migrants have moved at their own initiative or under targeted bilateral schemes, such as the Fiji Volunteer Scheme. Migrant numbers from PNG are particularly low and the country has filled most of the labour requirements in its booming resources sector with workers from Asian countries and Australia. The Melanesian countries have relatively small labour markets, which are characterised by an excess supply of unskilled labour and a shortage of skilled labour in most technical, vocational and professional areas, particularly in PNG, Solomon Islands and Vanuatu. Consequently, there is little scope for labour mobility between these three countries. Fiji has a larger pool of skilled labour and even an excess supply in some areas. With the exception of skilled labour from Fiji moving to the other Melanesian countries, the benefits from the SMS are minimal.