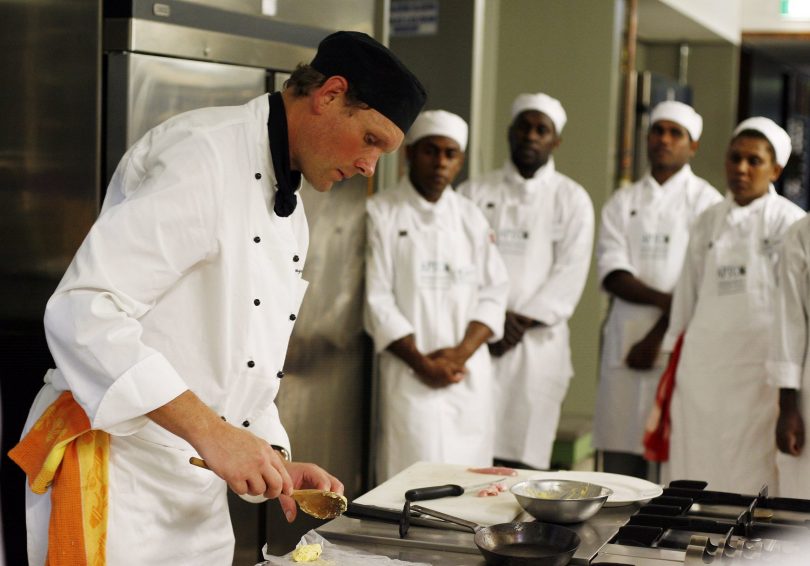 The first blog in this series of three outlined the growing concern about brain drain among Pacific labour sending countries. The second blog put forward some general solutions. This third and final blog looks at some specific aspects of the problem of brain drain, and at specific solutions.

Three different types of brain drain can be identified, each requiring its own solution.

Problem 1: Over-recruitment of workers from some rural communities

Increasing opportunities for low-skilled workers to work overseas can make it more difficult for the remaining household members to manage, for example, the growing and harvesting of their food and cash crops. Sometimes called ‘brawn drain’, this applies when many workers have been sourced from the same area.

This is often due to employer reliance on trusted return workers. Not only are these workers returning from the same village to work overseas each season, they are also often asked by employers to recruit replacement workers from the people they know and can vouch for. Governments have identified this as a problem in Vanuatu, Tonga and Samoa.

The over-reliance of employers on workers from the same area needs to be addressed. This requires employers, working with village leaders where possible, to impose a limit on the number of times workers can be recruited from a specific village, and making this public. Employers understandably want to continue to employ workers they can trust, but they need to go beyond hiring their workers’ friends and relatives. They also need to show the government and the wider community that they are recruiting new workers from different areas.

Pacific employers are increasingly highlighting the loss of trained workers leaving at short notice for work in Australia and New Zealand. Employers in hospitality and tourism in Fiji, Samoa and Vanuatu are voicing their concerns about the high turnover of trained staff due to the recruitment of workers for these types of jobs overseas.

These experienced, semi-skilled workers have usually been trained on the job or via a relatively short, post-school qualification. In fact, there may be no difficulty for the employer in finding replacement workers, as there are many jobseekers wanting the work. But the employer wants to avoid the hassle of constant recruitment and would understandably rather retain their trained, experienced workers.

This is the situation for a coffee shop owner in Fiji who employs 95 workers and has recently lost 20. His cafes are operating on reduced hours, and he is recruiting students to fill gaps, regardless of their experience. “We are basically living from day to day with recruitment, and now most of my staff have zero experience”, he said.

This type of skill loss can be managed, if the employer accepts that they will have to provide ongoing training, say over a two- to three-month period, for new employees. The employer may also have to increase the worker’s wage, which in a low-wage economy many will be reluctant to do.

A related problem is the loss of teachers and other public servants, who take leave from their jobs to work temporarily overseas. The Samoa Observer has reported on one way that sending governments can stop employed workers from migrating overseas for short-term work. Samoa’s Minister of Commerce, Industry and Labour has endorsed the use of the Samoa National Provident Fund records by his ministry’s officials to identify applicants for overseas work programs who are already employed, based on recent deductions made from their wages. In Vanuatu, the Leader of the Opposition this year also recommended the same process for screening out already-employed workers applying for overseas work.

However, this form of government control over who can or cannot migrate, especially for longer term work, is likely to be challenged in the courts as an unfair restriction on a citizen’s basic human right to leave their country and return.

The problem of trained workers departing is much more serious when it involves so-called ‘middle-skilled workers’. These are workers who have skills acquired through three to four years combined formal and on-the-job training, usually recognised with a trade qualification. Their departure for overseas work creates hard-to-fill skills gaps.

For example, the loss of cooks recruited to work on the Pacific Labour Scheme has been a major concern of hospitality employers in Fiji, Vanuatu and Kiribati. And, between 2016-17 and 2020-21, Fiji lost 40 mechanics who went to work in Australia on temporary skilled work visas.

The fundamental solution is simple: train more workers. This is something Australia and New Zealand should be doing, something sending countries can invest in, and something workers themselves can fund.

A core principle of the 2017 Stage 3 design for Australia’s flagship technical education program, the Australia Pacific Training Coalition (APTC) (previously Australia Pacific Technical College) was ‘net skills gain’. The idea was that APTC would promote labour mobility while combatting brain drain. To do this, APTC set up two tracks: a ‘home track’ including those sponsored by existing employers, and an ‘away track’ for graduates who want to migrate overseas for work, who were to be given additional support to find work overseas. The idea was to train up new graduates to replace the APTC graduates who migrated.

The APTC’s webpage on labour mobility does refer to its ‘net skills gain’ principle, and its training of (small numbers of) aged-care workers is a good example of an away-track scheme, as the students are not being sponsored by their current employer. However, that is about as far as it goes. APTC needs to be doing much more to increase the number of skilled workers in the Pacific. APTC also needs to report its efforts publicly, showing how new APTC graduates are replacing its graduates who have migrated overseas for work.

Also needed is better monitoring of migrant workers’ occupations, so we can rely on data rather than anecdote to track skilled worker numbers. In my 2018 blog, I recommended that governments fund a regional facility to collect and analyse data on four key indicators on the demand for and supply of Pacific skilled labour, using available census and immigration statistics. The Asian Development Bank (ADB), a major regional multilateral agency, would be well placed to set up this facility. The ADB has a substantial presence in 15 Pacific countries and Timor-Leste, but to date has not been involved in promoting labour mobility.

Rising concerns about brain drain are not surprising. They should not be ignored. The answer is not to put the brakes on labour mobility, but rather to put in place a range of measures to address those concerns. Sending and receiving countries and employers all have a role to play.

This is the third blog in a three-part series.