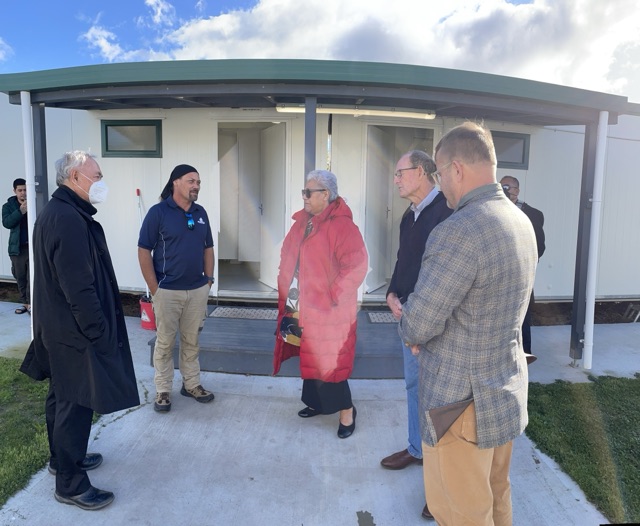 In May 2018 I wrote on Devpolicy Blog, “It is vital [that] Australia’s new efforts to promote international labour mobility should not be seen as causing harm”. Unfortunately, this year, labour mobility has come to be seen as a cause of harm. Concerns about brain drain have been heard increasingly loudly, especially by the governments of three major sending countries: Samoa, Vanuatu and Fiji.

On 14 June 2022, as part of an official visit to New Zealand, the Samoan Prime Minister Fiamē Naomi Mata’afa, in discussion with the New Zealand PM Jacinda Ardern, emphasised the need to have a circular process for the seasonal worker scheme, to ensure human resource constraints in Samoa can be managed.

The Samoan PM explained that, “The original idea was that the recruitment would be from the unemployed sector”. But, she said, it has become clear the public sector, private sector, manufacturing and tourism industries are all losing human resources to the seasonal worker scheme. “I think it’s a good opportunity for the new Administration, not only to review for ourselves but [to] have further dialogue with partners on this scheme like New Zealand and Australia,” she added.

The initial review of seasonal work programs that the Samoan government set up in February 2022 focused on the alleged mistreatment of workers in Australia. But since then, the review has been broadened to focus on how workers are selected, worker misbehaviour and absconding, the economic cost of the loss of public and private sector workers to overseas work, and the social costs incurred such as family separation and breakups.

A similar government review is taking place in Vanuatu. Faced with a call to manage “our growing ‘brain drain’ crisis” by a former senior public servant, complaints by employers of labour shortages, and seasonal worker misbehaviour, the government of Vanuatu is currently reviewing its arrangements for participating in the seasonal work programs. According to the former Vanuatu Commissioner of Labour, the government wants to reach a new memorandum of understanding with Australia to address a range of issues, including the prevention of brain drain, building skill sets, and improving community impact.

The problem extends to Fiji as well. In a media report from 14 June, the President of the Suva Retailers Association complained that employers “train the staff who are long-term workers, and all of a sudden they give resignation notices to go for a better job in Australia”. The CEO of the Fiji Hotel and Tourism Association wants the Australian government to also consider Pacific businesses’ needs: “What we’d like to see is a little bit more discussion about how they can support a bit more training, rather than simply making it easier for them to go across.” DFAT’s response, however, was that it is not their problem, stating that it was up to Pacific countries to regulate how they handle their mobility flows.

The Fiji Minister for Employment has also noted that skilled employees are not giving advance notice when they leave for Australia under the Pacific Australia Labour Mobility scheme. He announced his intention to set up a steering committee to “ensure that local employers are not disadvantaged, and [their] concerns are addressed accordingly”.

A common response to brain drain concerns such as the above is to dismiss them as long as the migration is temporary. In that case, the argument runs, the workers return, perhaps with new skills, so there is no brain drain. While this argument may make sense in the long term, it definitely does not hold water in the short term. The size of a country’s working population makes a big difference in the perceived harm effect.

If a small island country has an adult workforce of say 10,000, with half in paid employment, and then it loses half of its workers to temporary labour programs in Australia and New Zealand, it doesn’t matter that they come back. At any one point in time, the island workforce will be half what it was before the temporary schemes began. These temporary migration opportunities might still be very worthwhile. However, this small country’s government would certainly be alarmed if many of those who left to work overseas had the jobs and skills needed in their own economy.

Brain drain risks and complaints do need to be taken seriously, whether the migration is temporary or permanent. What strategies should the Australian and New Zealand governments, sending governments and employers use to respond to increasingly vociferous complaints about labour and skill loss? The next two blogs set out general and, then, specific solutions.

This is the first blog in a three-part series.