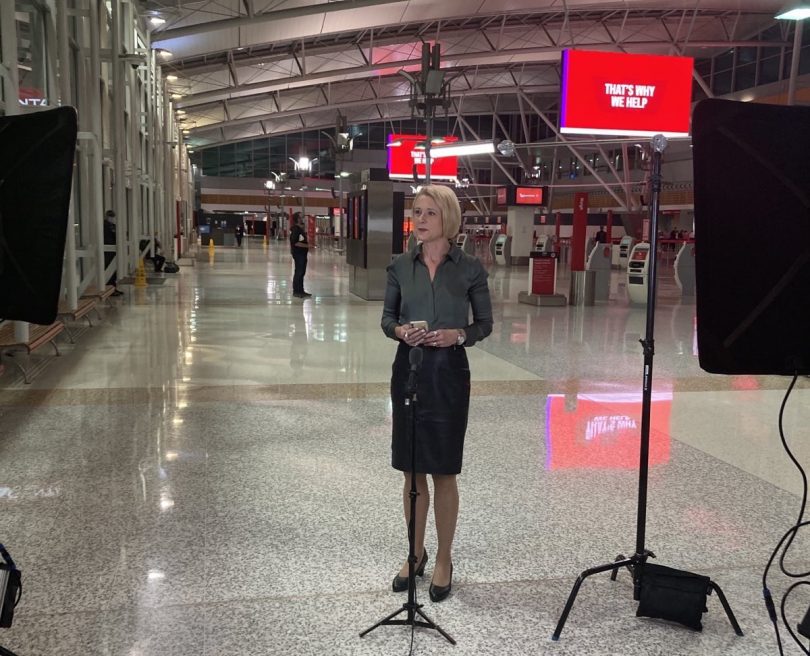 The first and most important is a new Pacific window in our permanent migration program, the Pacific Engagement Visa. To date, our Pacific labour mobility schemes have all been temporary ones. Whatever their benefits, they have done nothing to build the Pacific diaspora, and have required extensive and growing micromanagement by government to prevent worker exploitation.

The Pacific Engagement Visa, based on a scheme New Zealand has successfully operated for decades, would be radically different. Those who wanted to move to Australia from the Pacific would enter a lottery, and those lucky enough to fit within individual country quotas would be given a fixed period to find a job in Australia. Once they did, they and their family would be given permanent residency. The lottery would reduce risks of brain drain. The permanent residency would mean that if the workers were unhappy, they could simply look for another job. The country quotas would mean that these opportunities could be offered to those countries that most need them. Labor has announced 3,000 visas per year (compared to 1,750 for New Zealand), and this would surely grow over time. Even if it didn’t, since most Pacific migrants would stay, and their families grow, meaning that this new visa could end up dwarfing the existing Pacific temporary visa schemes.

The second big proposal is the ending of forced family separation for Pacific Labour Scheme (PLS) workers. It is understandable that workers coming to Australia for less than a year to work on a farm have to leave their family behind. But why would we force Pacific families to separate when workers sign up for the 4-year PLS? It’s not a requirement of other work visas. Childcare, schooling and healthcare are not cheap, but partners would have work rights and families are the best placed to decide for themselves whether to stay together or live apart, rather than being forced apart by government regulation, as has been the case so far.

Third, Labor would reduce the costs to employers of participation in the Seasonal Worker Programme (SWP). Currently, SWP (and PLS) employers pay all airline costs upfront, and recoup any amount over the first $300 from workers through deductions. Employers would continue to have to pay the first $300, but the government would pay the rest, and then it, rather than the employer, would recover those costs from the employees through the tax system.

Presumably employers would still arrange flights, and how government financing and recovery would work in practice remains to be seen. But the proposed arrangement, though making the scheme more complex, should leave both workers and employers better off. In a survey we did with the World Bank of SWP employers in 2014, reducing international travel costs was by far the most popular demand of employers. For their part, workers would no longer be subject to large deductions in their first few months to repay their travel costs.

Fourth and finally, Labor has indicated it would not follow through with the Australian Agriculture Visa the government has been in the process of introducing for Asian countries. Labor has said it would honour the MOU already signed with Vietnam, but that otherwise agricultural labour needs would be met from the Pacific. Labor is in fact calling for a Pacific agricultural visa, but we already have that with the SWP and PLS. This announcement has already generated a negative reaction from rural lobby groups, but a parallel visa for Asian workers has never made sense. Given the government’s own claims about the excess number of workers ready to come from the Pacific, why in an era of heightened security concerns would we antagonise the Pacific by telling them we would, in fact, look elsewhere to meet our agricultural and regional labour needs?

There are other changes as well. The maximum stay under the SWP would be increased from 9 to 11 months. Labor has also committed to introducing portability (workers changing employers) – judgement on this latter promise needs to be reserved until more detail is available. It has also promised a stronger focus on enforcement and compliance, such as implementing all the recommendations of the Migrant Workers Taskforce (which includes national labour hire licensing), and creating a firewall between the Fair Work Ombudsman and Home Affairs. Importantly, these are economy-wide measures rather than ones only targeting the Pacific schemes.

Each of the four reforms highlighted above would have significant, positive implications for Pacific labour mobility. The reduction of the international travel cost burden placed on employers and the abolition of the Asian ag visa would ensure strong growth in demand for Pacific workers. The ending of forced family separation would make labour mobility less socially costly for workers and their families.

But the most exciting announcement is of the Pacific Engagement Visa. At last, the confinement of Pacific labour mobility schemes to temporary visas is being lifted. For too long, introducing a Pacific window into our permanent migration program has been resisted on the spurious grounds that the latter is non-discriminatory. Such a defence ignores the fact that New Zealanders can move to Australia whenever and for as long as they want. It also ignores the fact that our permanent migration system favours certain nations over others. For example, one in every five backpackers visiting Australia ends up as a permanent resident; yet none of the Pacific nations have access to the backpacker visa.

If we really want to be part of the Pacific family, and we all say we do, we need a larger Pacific diaspora. At the moment, that diaspora makes up less than 1% of the Australian population (compared to 9% in New Zealand). The Melanesian countries (including Solomon Islands) are particularly under-represented, and should be the main beneficiaries of this new visa.

Labor’s policy proposals would transform Australia’s approach to Pacific labour mobility, and should be implemented by whoever wins the election on 21 May.