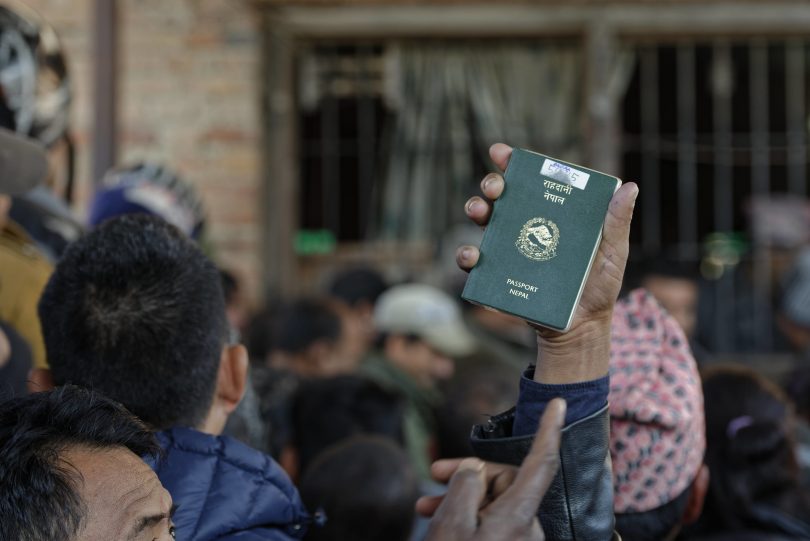 Labour migration often reflects a desire for a decent life and physical and financial security. However, throughout Asia, COVID-19 has put labour migration into reverse. Throughout 2020, as the economic crisis worsened, overseas migrant workers were some of the first to lose their jobs. Millions returned home while thousands more found themselves unemployed and stranded abroad. They have been dramatically affected by the pandemic in ways that are often underestimated. With a second or third wave of COVID-19 sweeping home and host countries alike, migrant workers are likely to be affected again by pandemic containment measures and mobility restrictions.

Nepali migrant workers have been no exception. We spoke to Chantin (not her real name) from the Kavre District in Nepal in December 2020. She told us she faced a very difficult return. For two years, she worked as a hospital cleaner in Dubai. In March 2020, she was laid off due to the pandemic. There were no flights to Nepal, so the company provided her and other former employees with shelter. Eventually, with support from the Nepalese Embassy, she flew to Kathmandu in August, five months later, where she received support from a local civil society organisation during her quarantine period. Chantin says she doesn’t intend to go overseas again to work after the pandemic; instead, she hopes to find start-up capital for her own business.

Throughout 2020 and into 2021, jobs typically held by Nepali migrants declined by 30 per cent in the United Arab Emirates and Malaysia, and 20 per cent in Qatar and Saudi Arabia. Due to their overrepresentation in domestic and hospitality sectors, female migrant workers have been especially vulnerable to unemployment during the pandemic.

Many migrant workers also faced reduced work hours, deferred wages, unpaid leave and insufficient access to basic services, even when they managed to keep their jobs. Documented migrants may benefit from host or home country protections, but undocumented and domestic workers usually do not, and they therefore face greater risk of discrimination, workplace abuse and forced labour.

These factors have contributed to the decision of many Nepali migrant workers to return home. Recruitment agencies in Nepal estimate that as many as 500,000 Nepali workers will do so as a result of the pandemic.

The return of migrant workers worldwide requires not just the safe evacuation of millions of people, but also the reintegration of returnees into national labour markets and the provision of holistic support to combat pandemic-related financial and social adversities. These rely heavily on the support of both home and host countries. Unfortunately, Nepal’s current support structures for returning migrant workers during the pandemic have been largely insufficient.

In early June, however, under a Supreme Court’s order, Nepal helped some stranded workers by bearing the cost of air tickets, health check-ups and other expenses. This repatriation scheme eventually brought home 103,807 Nepalis including some migrant workers.

As a signatory to the Global Compact on Migration, Nepal is also committed to reintegrating returnees into community life by providing them equal access to social protection, employment opportunities and skills recognition. Nepal’s government has gone some way to providing these with nationwide entrepreneurship development programs. It has also initiated a comprehensive reintegration plan that includes skills provision, entrepreneurial development trainings, psychosocial support, shelter support, financial literacy training and grant disbursals.

Yet these services are only available to migrants with labour permits. Thousands of undocumented labour migrants lack access and are also ineligible for other facilities such as Nepal’s Migrant Workers’ Welfare Fund which provides compensation in case of death, injury, or serious illness. Even when they return to Nepal, irregular migrant workers are not eligible for the government’s reintegration plan, soft loans, or other support.

Government programs that focus on undocumented migrant workers – such as those migrating to India for work – are painfully insufficient. Moreover, addressing only the immediate repatriation of migrant workers will not support their longer-term reintegration into communities. Returnees face many challenges including health and social insecurities, depression and joblessness when they return to their families with depleted or non-existent savings. They also face growing discrimination; many, stigmatised as ‘virus carriers’, become demoralised.

With a growing number of migrant workers from Asia’s lower-middle income countries, governments would do well to support these workers, valuing the ways they contribute to their home countries with their courage and aspirations, as well as their remittances. Governments should dedicate more resources to strengthen consular services that support migrant workers and put systems in place to ensure successful repatriation and reintegration for migrants, documented and undocumented, male and female. Addressing migrant worker challenges requires a multilateral effort: home and host governments must work together to improve labour laws and social protection provision for migrant workers. Doing so will bolster the economic and social welfare of migrant workers and their communities, whether at home or abroad.

The latest issue of GovAsia – More than the Sum of their Remittances: can Asia realize the potential of returned migrant workers during Covid and beyond? – explores these challenges and the potential for better approaches to migration governance. Read the full report here.

Suswopna Rimal is a Senior Program Officer at The Asia Foundation (Nepal).