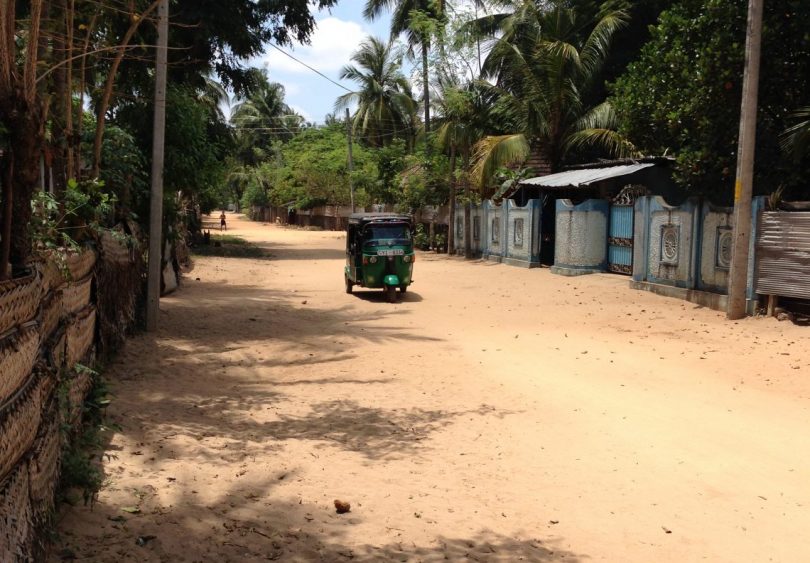 The relationship between temporary labour migration and economic development is a subject of longstanding academic debate and policy consideration. Migrant workers’ remittances, which this year overtook foreign direct investment (FDI) to become the largest inflow of capital into emerging economies, have taken centre stage in the post-millennial ‘rediscovery’ of the migration-development nexus. Recognition of these large (and growing) transfers of income has undergirded global policymaking support for temporary labour migration schemes as a pathway to poverty alleviation for migrant households and a catalyst for investment in countries of origin, concerns about broader macroeconomic implications and long-term sustainability notwithstanding. Perhaps unsurprisingly, the proliferation of temporary labour migration schemes has also prompted resurgent interest in skill transfers and fears of ‘brain drain’, a topic recently and thoroughly addressed through a series on this blog.

Yet, by locating the crux of ‘migration-development’ at the intersection of income and employment outcomes, the staple arguments in support of (or opposition to) temporary labour migration schemes buy into a fairly narrow vision of development. Most strikingly, they tend to overlook or downplay the disruption of care activities and relationships during the periods of transnational family separation that such schemes routinely entail. When individual workers – but not their partners or dependents – are granted temporary visas abroad, migrant households not only reconfigure their productive activities around a new work opportunity, but also the reproductive care activities that maintain and repair families and communities. Here, ‘care activities’ encompass direct/relational caring (for example, looking after children and the elderly) and indirect/everyday care practices (for example, cooking and cleaning): both of which are essential to the sustainability of daily life. These ‘invisible’ and highly gendered forms of labour don’t factor into conventional cost-benefit analysis of migration decision-making, where the pertinent counterfactual is typically forgone local employment. In contexts marked by low female labour force participation rates this can encourage a policy logic that sees feminised migration, in particular, as somehow occurring without ‘cost’.

This rather magical thinking is ruptured by core contentions of feminist economics: that is, that unpaid care work is work; that it is socially necessary work; that it is disproportionately borne by women (as recent ILO data starkly illustrates); and that it should be included in national accounting. If unpaid care work is recognised and valued as such, it follows that temporary labour migration will involve some degree of ‘care drain’ that offsets potential development gains, all the more so in countries with limited cultural or institutional support for public care services.

This dynamic has typically been mapped out in migration theory as an uneven transfer of care labour from poorer to richer regions: first by Rhacel Parreñas as an ‘international division of reproductive labour’, then by Arlie Hochschild as a ‘global care chain’. More recent scholarship from Loretta Baldassar and Laura Merla has contested these unilinear depictions of care drains, instead drawing attention to elements of ‘care circulation’ where multiple care relationships continue beyond borders, but nonetheless emphasising that transnational care practices remain partial and inequitable. These concerns are borne out by the steady accumulation of evidence pointing to detrimental social and economic outcomes of transnational family separation, even as advances in technology have made it easier to maintain relationships at a distance. Across the vast Indo-Pacific region, temporary labour migration has long been a common livelihood strategy for households in poorer economies. This is perhaps most conspicuous in the mass migration of low-waged domestic workers and manual labourers to major destination countries in the Persian Gulf, as well as Singapore and Hong Kong, where there are few opportunities to sustain transnational family life alongside the demands of work. Although such workers only have short contracts, typically three years in duration, many migrate repeatedly to maximise the financial benefits of foreign employment amid a dearth of local employment opportunities. This is frequently the case when remittances are earmarked for big-ticket expenditures that are unlikely to be funded during a single trip abroad, such as the construction or renovation of a house. With repeat migration, three years apart quickly becomes six or nine, and can sometimes involve decades of transnational family separation in total.

During my research with returned migrant workers and their families in Sri Lanka, it was clear that the care challenges arising from extended absences were a stubborn problem, sometimes outweighing the financial benefits of migration. The reorganisation of household activities often clashed with local gender norms, with remaining male spouses eschewing care work that was instead taken up by female family members (sometimes at the expense of their own care needs) or not adequately managed. Conversely, remaining female spouses reported difficulties in playing both parenting roles in lieu of their migrant husbands, and spoke of losing control over their teenage children. In the worst instances, relationships broke down entirely, defeating the premise of migration as a household strategy and impairing the prospects of all involved. This is not to suggest that all transnational migrant families struggle to meet their care needs (an assumption that too often stems from essentialised notions of what ‘normal’ care relationships look like) but to recognise that temporary labour migration displaces productive and reproductive labour, while only compensating for the former. Many care activities are necessarily proximate: in the absence of social or development policies that extend additional care resources to migrant communities, care drains and the challenges they present are something of an inevitability.

I mention policy here, at the end of the discussion, as a thought relating to Australia’s Pacific Labour Scheme (PLS). In a crude sense, the PLS takes many of its cues from the temporary labour migration schemes described above: Pasifika workers enter Australia without their families, for strictly temporary stays of up to three years, although with potential for much longer absences if repeat migration occurs (after the allocated one-year cooldown between visas). An important point of difference is that Australia has labelled and promoted the PLS as a development program designed to deliver a ‘triple win’ for employers, workers and Pacific island countries. No matter the extent of remittance and skill transfers, this goal is likely to be frustrated unless care and transnational family separation are taken seriously at a policymaking level. The scheme’s lack of family accompaniment rights has already been flagged as an issue on this blog. However, it is worth dwelling on other ways in which ‘decent care policies’ could be conceived and implemented adjacent to the PLS, not least by nudging the ‘Pacific Step-up’ towards investment in care services and infrastructure that migrant families may soon be needing.

Matt Withers is a lecturer in the School of Sociology at the Australian National University.