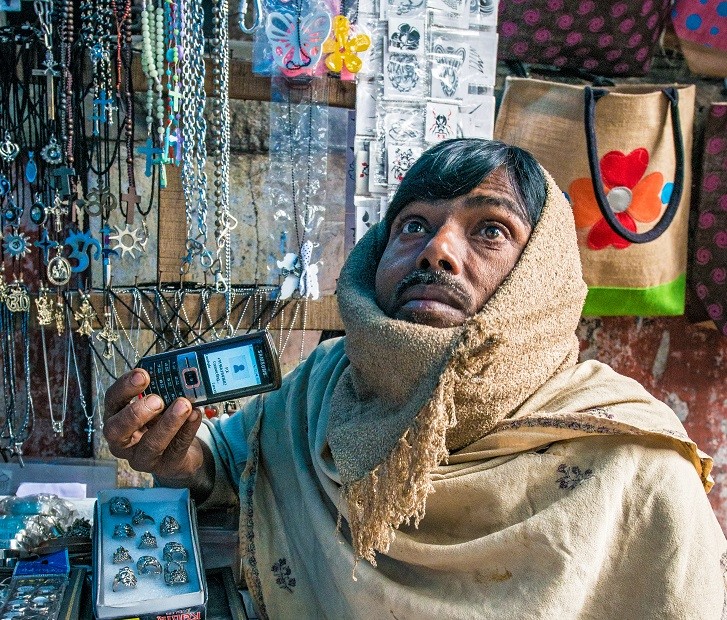 A village goes mobile by Sirpa Tenhunen is a detailed examination of the roles of mobile phones in social change in one rural village, Janta, in West Bengal, India.

The author remarks on the “multiplicity and fluidity of the mobile phone uses I encountered in the village”. It is these various uses, observed over more than a decade, that make the book so interesting.

One chapter looks at the experiences of micro-entrepreneurs. Numerous business operators acknowledge that mobile phones have made doing business easier. Nevertheless, most have experienced no change in their profits, due to increased competition and/or the costs incurred through use of phones.

For example, store owners can now contact wholesalers by phone, rather than having to travel to source goods. For the same reason, however, new stores have sprung up, putting a strain on the profit margins of existing stores.

There are some exceptions. A chicken farmer was an early mobile phone adopter. Soon afterwards, he purchased a small vehicle and was able to increase his sales by more than four times, through use of both the phone and the vehicle. His story demonstrates the benefit that a mobile phone can bring for an innovative business owner: “The way he was able to pioneer the use of his mobile phone to increase business profits reflects his overall interest in trying different business ideas”.

Likewise, a marijuana seller in the same community has benefited from using a mobile phone. Private communication enabled by the mobile phone has allowed the seller to conduct his illegal sales, and even expand his clientele.

Both of these business people have been able to increase their profits through use of their newly-acquired mobile phones as “competition in both the chicken and the ganga markets has not increased substantially”.

Another chapter presents a detailed breakdown of phone use by men and women, as well as different generations. The discussion shows how marriage arrangements and dowry payments can be facilitated through the use of mobile phones.

I was fascinated by a substantial change in the communication patterns of new wives in a very short space of time. During fieldwork in 1999, the book’s author observed that new wives had almost no contact with their parents and siblings in their natal village. It was the accepted custom that there would be no contact for the first year of marriage. In subsequent research in 2013, it became evident that new wives were in frequent, daily, contact with their parents and other family members using mobile phones. This noticeable change took place over a short time period, due to the introduction of communications technology.

The chapter on politics opens dramatically, with a stabbing in the village, which led to political upheaval due to the political affiliations of the attacker and the victim. The ease of communication through mobile phones is evident. For example, a local leader explained that “it used to take two months to arrange a general strike in the state, whereas such a strike can currently be arranged in just a few minutes with the help of mobile phones”. The chapter describes the unique local political context.

Smartphones have taken off in Janta. The researcher found during field trips between 2005 and 2011 that many villagers struggled with making phone calls from basic mobile phone handsets, and was surprised to discover the proliferation of smartphones upon returning to the field site in 2012. With limited understanding of the English alphabet, people are not interested in text-based material on the internet. Instead, they use mobile phones “for leisure activities, such as listening to music, taking and storing photos, and watching movies”. Without skills for browsing the internet, they purchase memory cards pre-loaded with music, videos and images.

Importantly, “the biggest barrier to men’s and women’s phone use is the cost”. For those in the village with low incomes, “phones must be used sparingly”, while others in the same village can afford usage that is more frequent. Along with affordability, literacy is also a factor, discussed in detail in the book.

Tenhunen’s book speaks to the far-reaching and unpredictable consequences of the mobile technology revolution. It would be of interest to a wide range of readers. It is based upon fieldwork over multiple years, and is well-grounded in the literature. It is also a pleasure to read.

Sirpa Tenhunen’s book A village goes mobile was published by the Oxford University Press in 2018.