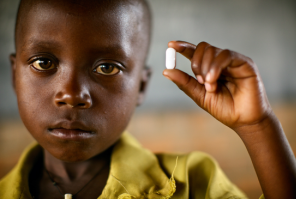 Governments treat neglected disease product research and development (R&D) as they would treat products for commercial diseases – with the expectation that the pharmaceutical industry will take early stage and basic research, and translate it into new health technologies. Due to the nature of neglected diseases, this is not the case. Aid agencies can respond to the pharmaceutical industry gap and make smart investments in neglected disease R&D by balancing funding for health programs that use ineffective tools, with funding to best-in-world developers to create new and better tools.

Neglected diseases are a public problem

Neglected diseases such as malaria, tuberculosis (TB) and other, lesser known, poverty-related illnesses affect over a billion people, and result in 6 million deaths each year, almost exclusively in the developing world. Much of this disease burden could be prevented if more effective drugs, vaccines and diagnostics existed.

Most people who suffer from neglected diseases live in developing countries and do not have the resources to pay for health products. The lack of market forces to encourage investment in neglected diseases means that R&D is primarily a public responsibility, with industry and not-for-profit funders providing additional philanthropic investments to supplement government contributions.

Funding R&D is a high impact investment for governments. Once a new product has been developed, that product has the potential to change the lives of thousands. For example, TB Alliance’s three-drug combination therapy for TB and multidrug resistant TB (MDR-TB), PaMZ, which is currently in Phase III clinical trials, has the potential to revolutionise MDR-TB treatment. Current MDR-TB treatment can take up to two years to complete, and requires the patient to take up to 12,600 pills throughout the treatment, as well as daily injections for the first four months. The full course of treatment can cost up to $5000 per patient in the developing world. PaMZ has the potential to reduce treatment time for MDR-TB to just six months, reduce the number of pills required throughout the full course of treatment to 360, and eliminate the need for injections. The treatment has been designed and priced for the developing world, so a full course will cost 10% of the existing therapy price. PaMZ could be available by as early as 2018.

Governments provide two-thirds [PDF] of all funding for neglected disease R&D. This funding is predominantly delivered through two different types of agencies: science & technology (S&T) agencies, such as the National Health and Medical Research Council (NHMRC); or aid agencies, such as the Department of Foreign Affairs and Trade (DFAT) (formerly AusAID). 13% of global government funding in neglected disease R&D since 2007 has come from aid agencies. 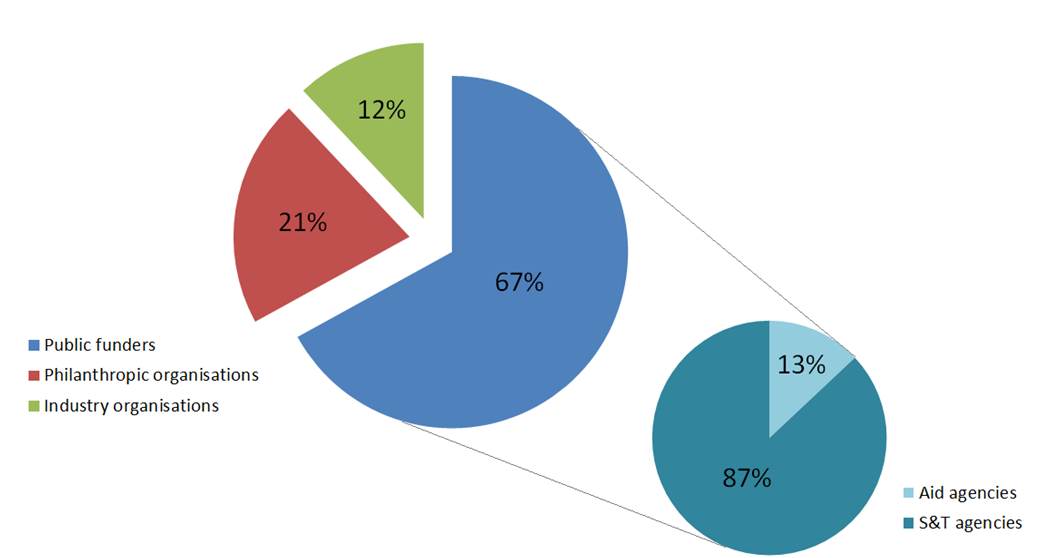 * % presented in this figure excludes government funding that was not provided by an aid or S&T agency (less than 10% of total public funding), and funding from multiple or undisclosed funders (less than 1% of total funding).

S&T agencies like NHMRC predominantly invest in domestic universities and research institutes that focus on basic and early stage research. Translating these early stage research discoveries into a new drug or vaccine (‘product development’) requires specialist expertise and high levels of investment. For ‘commercial’ diseases such as cancer and diabetes, pharmaceutical companies who are looking to develop a product they can sell for profit have a natural incentive to provide this expertise and investment. In the case of neglected diseases, this incentive is missing. For these diseases, product development is largely the domain of not-for-profit Product Development Partnerships (PDPs), who combine pharmaceutical company expertise with public and philanthropic sector funding.

This is where aid agency funding for neglected disease R&D is critical. Insufficient funding for product development creates a bottleneck situation, in which the fruits of S&T agency investments in basic and early stage research are not translated into products. Aid agency funding to best-in-world product developers (such as PDPs) increases investment in the product development stage of the pipeline, relaxing the bottleneck and helping translate research into life-saving tools.

Australia ranks fifth highest out of all national governments for investment in neglected disease R&D between 2007 and 2013, with average funding of USD$35 million per year. The majority of this funding (82%) came from the NHMRC.

After just one funding round, following aid budget cuts in December 2013, the MRS was put up for review, and funding disbursements were put on hold. R&D did not leave the agenda though. A replacement aid funding scheme for medical R&D and operational research for neglected diseases was committed in June 2014, with the announcement of the new aid paradigm. This commitment was honoured in March of this year, on the eve of World TB Day in Canberra, with an investment of AUD$30 million to TB Alliance, FIND and Medicines for Malaria Venture to help bring new diagnostic tests and drugs for TB and malaria to market, to be used over three years.

Despite improvements, Australia’s aid program still lacks balance between funding programs that utilise existing tools, and funding new, more effective products. For example, DFAT recently announced AUD$15 million in funding to support TB programs in Papua New Guinea (PNG), bringing Australia’s TB control funding in PNG up to nearly AUD$60 million over three years. This funding is predominantly targeted at MDR-TB. There were an estimated 560 new MDR-TB cases in PNG in 2013 out of 25,000 new TB cases in total. Drug sensitive TB and MDR-TB patients in PNG and globally could benefit from TB Alliance’s PaMZ drug; yet R&D for new TB drugs will receive just over AUD$10 million over the next three years.

Balancing investments in this way is a high impact and cost-effective use of budget that can eventually create savings in other health programs. New and improved technologies enable operational programs to function more efficiently, freeing up more funding.

Aid agencies have an important role to play by investing in product development. DFAT should continue to invest in best-in-world organisations that specialise in product development. Focussing funding in this way increases opportunities for valuable research to be translated into products that could save lives across the developing world.

This blog post is based on a presentation delivered at the 2015 Australasian Aid Conference by Policy Cures analysts Dale Halliday, Catherine Hirst, Rachel Howard and Penny Farrell. Policy Cures is a Sydney based not-for-profit think-tank that provides research, analysis and advocacy to accelerate development and uptake of new health products for the developing world. Data included in this post are taken from Policy Cures’ G-FINDER publications, funded by the Bill & Melinda Gates Foundation.