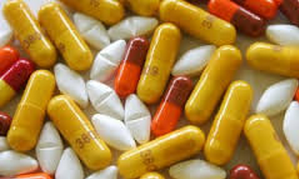 Product Development Partnerships (PDPs) have been active, and actively engaging Australian research expertise, for over ten years. Only now is their significant contribution to global health being fully recognized. PDPs offer a new way of meeting development aims consistent with the government’s interest in increasing engagement with the private sector to achieve better development outcomes, as well as raising productivity and private-sector-led economic development. Australian scientists have made a significant contribution from the earliest beginnings of this innovative global approach to tackling diseases such as TB and malaria.

PDPs are public-private partnerships that reduce industry and donor risks for investment in neglected disease research by leveraging funding and employing strict portfolio management strategies. Partner funding is pooled to support broad product pipelines, allowing partners, including governments and private sector players, to contribute to the R&D enterprise without having to bear the entire cost and risk themselves. Strong governance structures ensure programs are conducted efficiently, and include independent review of projects as they progress through defined transition points.

Today there are 16 major PDPs operating globally, each with a specialized focus on vaccines, microbicides, preventative treatments, therapeutic products or diagnostics. PDPs have developed a unique model with the following characteristics.

The work of PDPs is becoming increasingly relevant as Australia strengthens its ties with the Asia-Pacific region. More than one billion people in Asia are infected with TB, and the direct and indirect economic cost of TB has been estimated at $23 billion a year in India alone. The 22 countries of the Asia-Pacific are also home to approximately 67 per cent of the world’s population at risk of malaria  – some 2.3 billion people  – and Southeast Asia is the global epicentre for drug-resistant forms of the disease.

For over a decade Australian scientists have partnered internationally through PDPs but, despite their strong track record globally, the contribution of these mechanisms is not widely recognized locally. It was, however, recognized by the 2011 Independent Review of Aid Effectiveness which recommended ‘more aid funding for research by Australian and international institutions, particularly in … medicine’ (Recommendation 23). At that time, AusAID was something of an exception among leading international government aid agencies in that it did not invest in health product development at all, and had only a piecemeal operational health research strategy.

Responding to the above recommendations in 2012, the previous Australian government allocated a total of $40 million over five years for health research and development, including $10 million in funding for four PDPs, under the AusAID Medical Research Strategy. This was a significant breakthrough, signaling Australia’s commitment to advancing innovative global health product development. PDPs welcomed the emergence of opportunities to form enduring, co-operative partnerships with Australian research centres. Following the change of government in September 2013, ongoing funding is in serious doubt, complicated by changes in aid allocation and administration, and the absence of an overall policy framework for Australian aid.

The Abbott Coalition government has expressed a strong commitment to the provision of development assistance to the Asia-Pacific, where malaria and TB are endemic. While it has not explicitly endorsed the previous government’s commitment of $40 million to health research and development, the work of the PDPs funded to date is clearly aligned with the Coalition government’s regional health and economic objectives and its stated private sector engagement objective.

The Coalition government has of course laid heavy stress on increasing the results orientation of the Australian aid program. That comes as good news for PDPs. The results of PDP funding to date were highlighted by two major PDPs, the Global Alliance for TB Drug Development (TB Alliance) and the Medicines for Malaria Venture (MMV), in their submission to the Senate Foreign Affairs, Defence and Trade Committee Inquiry into Australia’s Overseas Aid and Development Assistance Program:

With critical funding from the Australian government this past year and with the leveraged expertise of Australian partners – including Griffith University, Monash University, and the Queensland Institute of Medical Research (QIMR) among many others – our organizations are poised to deliver multiple improved health products to market for TB and malaria within the next 2 years. Products advanced to late stage development with support from the Australian Government will dramatically reduce health system costs and improve millions of lives, reflecting tremendous value for money. A recent study projected a net economic output of US $208.6 billion from 2013-2035 as a result of malaria reduction and elimination interventions. Likewise, new tools in development for the treatment of multi-drug resistant forms of TB are expected to reduce treatment delivery costs for some forms of MDR-TB by over 90%. In a current context in which treatments for extensively drug-resistant TB (XDR-TB) can cost health systems up to $1 million per patient to deliver – as recent cases in Queensland evidenced – investment in innovative treatment tools represents an incredibly cost effective intervention.

A new TB test, developed through a PDP, has cut the diagnosis time for drug-resistant TB from nearly two months to as little as two hours (very important when the average Multi-Drug-Resistant TB (MDR-TB) patient infects one or two other people each month, at a large cost to health systems and aid donors). Further, new TB regimens entering Phase 2 testing could allow a two-to-three month treatment course instead of six months (for drug-sensitive TB) or two years (for MDR-TB), generating enormous health systems cost-savings in countries like PNG and also in countries like Australia that currently share such costs.

Encouragingly, the report of the Senate Foreign Affairs, Defence and Trade Committee inquiry, which was release on 27 March, 2014, strongly supported an expansion of Australia’s contribution to global health, recommending the Australian Government renew the Medical Research Strategy and expand funding for it to $50 million per annum. The Committee strongly supported research and development through PDPs, noting that Australia’s initial 2013 investment of $10 million in four PDPs ‘has delivered a high return on investment, supporting a portfolio of 71 drug, 14 vaccine and 19 diagnostic projects.’

Few would disagree that building a healthier community is critical to building productive workforces and a strong, stable global economy. The challenge remains for PDPs, Australian science, governments and policy makers to find ways to do business together, in a way that accelerates the pathway toward effective disease control and elimination, and resolves the barriers that currently get in the way of doing business together. PDPs are ‘open for business.’

David Reddy is CEO of the Medicines for Malaria Venture. Mel Spigelman is President and CEO of the TB Alliance.

Mel Spigelman is President and CEO of TB Alliance