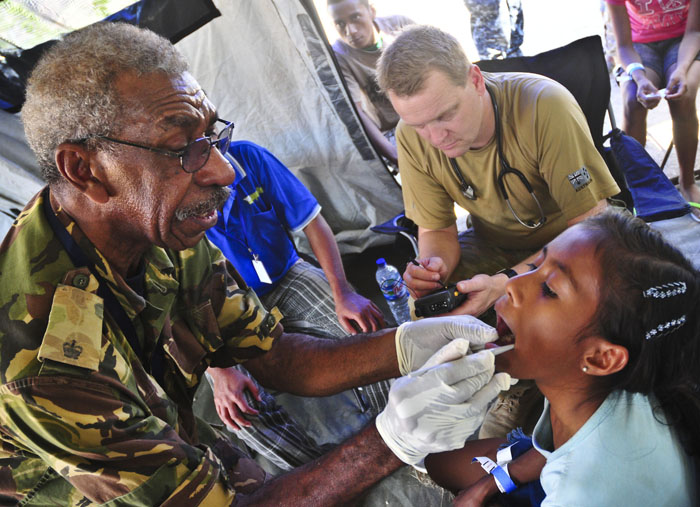 The Papua New Guinea (PNG) National Statistical Office (NSO) recently released the Demographic and Health Survey (DHS) 2016-2018 key indicators report. The survey on which this report is based was implemented by the NSO, the National Department of Health and other PNG agencies with support from Australia’s aid program, the DHS program, UNFPA and UNICEF. It was the third DHS conducted in PNG, the first being conducted in 1996 and the second in 2006. (For more on the DHS in general, see my companion blog.)

There are positive aspects to this particular PNG report. First, the survey on which it is based is relatively comprehensive, collecting information on, “fertility, awareness and use of family planning methods, breastfeeding practices, nutritional status of children, maternal and child health, adult and childhood mortality, women’s empowerment, domestic violence, malaria, awareness and behaviour regarding HIV/AIDS and other sexually transmitted infections, and other health-related issues.” The DHS also collected information on household agricultural activities and household food security. Second, the vast majority of the tables in the report disaggregate the survey data by age brackets, sex, residence (rural vs urban), region (for example, highland provinces vs island provinces), education levels; and wealth quintiles, thereby providing some insight into equity of access and outcomes in the health sector. Third, the use of a standardised methodology provides the evidence base for PNG officials to themselves track progress over time (though annoyingly, the latest report does not always compare findings with earlier results in a number of cases) and compare trends with other countries.

The quality of statistical data is frequently a problematic issue in PNG. The DHS report gives details of the methodology used. It notes that 53 teams, involving over 370 personnel, were involved over the period October 2016-December 2018. 16,000 representative households, including over 15,000 women and over 7,000 men, were surveyed, 87% of whom were living in rural areas in PNG. The report acknowledges, however, delays and challenges. These included “inaccessibility due to the geography of the country and severe weather patterns, refusal by respondents to participate in the survey, need for security due to law and order situations and outstanding payments owed to service providers, absence of reliable communication services, and late disbursement of funds to support teams in the field. As a result, fieldwork could be completed only for 767 clusters of the 800 initially selected.” Nevertheless, the report concludes that “the 2016-18 PNG DHS is nationally representative and covers the entire population residing in private dwelling units in the country.”

There are any number of other important findings in the report:

A DHS is not an end in itself but a means to an end – better informed policies and programs. Data quality is always an issue in PNG, and so there can be room for legitimate questions about some of the progress reported. Even with that caveat, many of the findings still do raise fundamental questions about public health and the extent and equity of service delivery. It is important therefore that the PNG DHS gets profile, attention, and “ownership” from PNG policy makers. It will be a major lost opportunity if this DHS report sits on a shelf with other unread reports. Or if there are long delays in publishing the final report (the 2006 PNG DHS was not published until 3 years later, in 2009). Critically assessing and then actively using the data and insights of the latest DHS are especially important given that PNG authorities understandably argue for more control over their own policy formulation. PNG media and civil society have a vital role to play to ensure that the DHS findings get profile and traction among policy makers and the public more broadly.

Read the author’s companion blog on the DHS here.