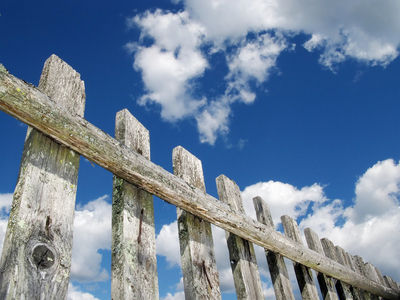 Cows in Burma and the form and function of a government aid agency. You wouldn’t think they’d have much in common but it turns out an aid program needs a fence just as much as cows do. Over the last  five years the New Zealand aid program has become increasingly focused on advancing New Zealand’s economic interests in the wider world, including those of New Zealand’s industries (hence the cows in Burma) (see here, here and here). Here I argue this would not be happening if the aid program was fenced-off from the broader Ministry of Foreign Affairs and Trade.

The New Zealand aid program did once have a fence. For seven unique years from 2002 to 2009 NZAID existed – a semi-autonomous body, still aligned with foreign policy but with enough independence to enable ODA expenditure to focus solely on building a safe, just world, free of poverty. This was not popular amongst the wider Ministry, where the rule persisted. No longer was there the potential for the Ministry to use ODA as a trade policy tool without the agreement of NZAID. Often the quest for agreement was an arduous journey.

Alongside the dissolution of NZAID in 2009, New Zealand’s aid policy priorities were shaped to fit with domestic industries needing to expand overseas. The rule is back in play, enforced by a referee-cum-player: Minister McCully. Now more than ever, New Zealand ODA is increasingly being driven by New Zealand’s economic interests first, recipient need second. So how to break the rule and enable aid to focus on development needs first?

First, the purpose of aid – the function – must be clear. Legislation is the strongest way to do this and has been used for this reason in other countries, such as the United Kingdom. Legislation should state the sole purpose of New Zealand ODA is to contribute to inclusive sustainable development in developing countries. While not a panacea, legislation at least sets out some clear guidance for what ODA can be spent on. Legislation can still leave leeway for selecting countries to receive aid, perhaps based on non-aid foreign policy goals. But such legislation would put poverty alleviation front and centre as the core goal of NZ aid. Achieving legislation on aid’s purpose will require a change in the political landscape, although such legislation would be consistent with what New Zealander’s want for their aid program. New Zealanders support their aid program and overwhelmingly do so because they want to help others – they don’t rate a return to New Zealand businesses as important. Of course, a law can be repealed. However, any government trying to repeal a law that states ODA is to help people will have to argue why they need to repeal the law. This provides development advocates with an opportunity to engage the public in any proposed law repeal.

Form follows function. Given the strength of the rule that ODA can advance New Zealand’s economic interests while reducing poverty elsewhere, and should be used to do so, New Zealand’s ODA needs some structural autonomy from the wider Ministry of Foreign Affairs. This could take the form of a semi-autonomous agency, as occurred in New Zealand from 2002 to 2009. Or it could be a stand-alone entity, such as in the United Kingdom, or a similar arrangement to that of Germany, which has an aid policy ministry and separate implementing entities. Along with legislation, structural fencing-off would allow aid program Ministers and staff to ensure New Zealand ODA is spent as effectively as possible, buffered from the perverting influence of non-development foreign policy interests.

This cannot be the end of things. Lessons from the United Kingdom show what is needed next is active leadership and a tireless effort to achieve robust results. Alongside this, the government aid program’s political masters must work to build support and understanding of the aid program across the political spectrum and government institutions. It is not enough to fence ODA with legislation and structure and then take a hands-off approach – the fence needs ongoing maintenance

Aid-quality advocates are afraid of the back and forth approach to the agency’s structure. Ongoing structural change has been seen elsewhere, such as in the Netherlands and United Kingdom. But what is worse: another change or an ongoing downward spiral of the NZ aid program, and a simultaneous diminishing of NZ’s good global reputation? While New Zealand uses its aid to advance New Zealand’s commercial interests, its ODA is not as effective and efficient as it could be. New Zealanders are good at building fences. Why not build one for our ODA?