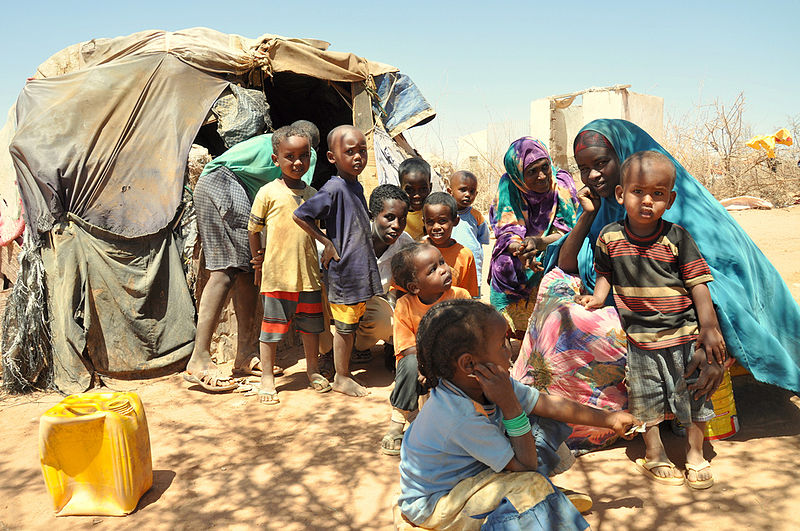 In the wake of rising concerns about the famine, the New Zealand government announced that it would provide assistance both through the World Food Programme and in the form of money to selected New Zealand NGOs. In the case of funding via NGOs, NGOs were asked to respond to an urgent request for proposals, which they did within days. The NGOs were then made to wait for more than a month for a response indicating whether their applications had been successful. NGOs were only notified of a final decision on the 25th of August after stories of the delay made it into the media. The funding itself has yet to be released (although it will probably be so this week).

Delays in the world of aid are nothing new, but in this instance there are several reasons why they are particularly egregious.

First, the need in the Horn of Africa is clearly so urgent.

Second, unlike an earthquake or tsunami the famine’s advance hasn’t been rapid. The need for funding could have been anticipated months ago. And this ought to have assisted in a speedy funding turnaround.

Third, according to media reports in New Zealand at least, similar Australian funding was able to be released in 48 hours.

And, fourth, and worst of all, until last year the New Zealand government aid programme had a well-regarded funding mechanism dedicated to providing timely assistance through NGOs during humanitarian crises. However, without consultation, the Minister in charge of the New Zealand aid programme, Murray McCully, unilaterally dismantled the fund in early 2010.

When he did this, he did so claiming that:  “I was stunned after the Pacific tsunami that we had to go through a short-form tender process to distribute funds that needed to be allocated within hours.”

In other words HAF was too slow. At the time this seemed like a dubious justification. But far worse than this is the fact that, in the wake of HAF’s dismantling, New Zealand government NGO emergency funding has actually become slower. Dramatically slower.

As I said above, sometimes even with the best of intentions delays occur in development work. Checks and balances need to be negotiated, reporting and auditing requirements need to be met, and so on. And sometimes it really doesn’t pay to rush – haste can lead to waste. Yet in the case of NZ humanitarian emergency funding for NGOs such explanations are inadequate. These constraints all existed in the past, and yet funding was able to be released much more rapidly in previous crises.

In the case of the delayed famine relief there is one clear culprit: the Minister. He dismantled the previous funding mechanism for no good reason. And, above and beyond this one decision, he continues to erratically micro-manage the aid programme, confident of his own ability, and apparently unable to give clear consistent advice to his civil servants, whom he clearly does not trust.

What lessons should Australians draw from this sad state of affairs:

First, if your emergency NGO funding really was released within 48 hours, AusAID deserves a pat on the back.

Second, umbrella NGOs are valuable. As best I can tell, the story of delayed New Zealand famine funding only made it into the media thanks to the Council for International Development (New Zealand’s equivalent of ACFID). As you can imagine those individual NGOs waiting on the funding decision would have been very reluctant to complain, lest it jeopardise their chances. So it’s essential that there be a broader representative of NGO concerns to do this when necessary.

Third, those involved in aid work need to be educating politicians of all political stripes about aid, and good aid practice. In the New Zealand the current Minister clearly knows much less than he thinks. Perhaps this was inevitable, but where feasible we need politicians who are well-informed, before they take the reins.

Fourth, when times are good plan for the worst. In New Zealand’s case the 2008 change of government and the new Minister left the development industry struggling to adapt. It’s better, I think, to seriously consider future challenges now, before they are upon you. In particular, NGOs need to think seriously about the trade-offs that come with government funding, and what this means for their advocacy work, because there will be times when this becomes an acutely challenging issue to navigate.

That’s my advice. In the meantime, keep giving famine aid. Don’t wait for us to catch-up.

Terence Wood is a PhD student at ANU. Prior to commencing study he worked for the New Zealand government aid programme. He is on the steering committee of NZADDS a New Zealand based aid think tank.