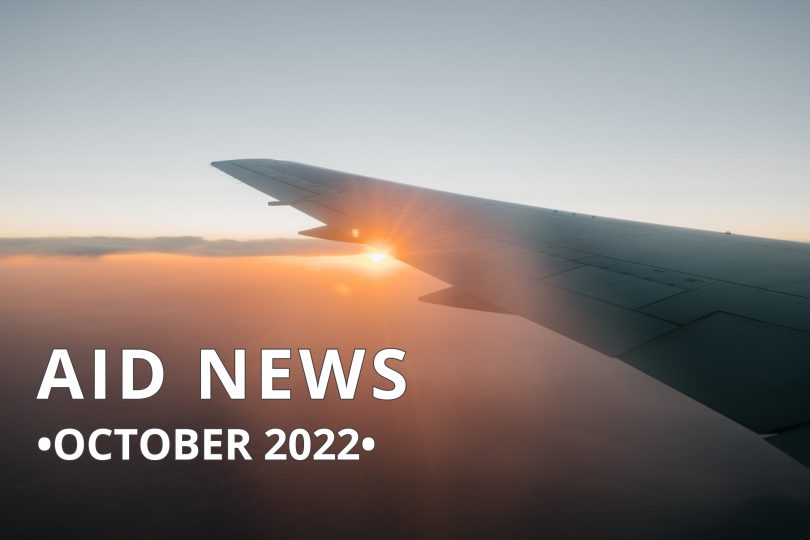 The Albanese government delivered its first aid budget on 25 October. While Labor has delivered on its election promises (and more in the Pacific), total aid will still go down, both in real terms and as a proportion of national income.

DFAT have published the terms of reference that will guide the government’s new development policy, which will be finalised in the first half of 2023. The Department has also invited public submissions, which close on 30 November.

One area that the new policy will need to address is transparency which, according to Devpolicy’s latest audit of Australian aid, continues to deteriorate. Read the summary blog and the full audit.

In a more positive sign for improved transparency, the government has given permission for the OECD’s Development Cooperation Directorate to publish the findings from its 2021 mid-term review of Australia’s development assistance program.

Speaking at the Centre for Strategic and International Studies in Washington DC, the Minister for International Development and the Pacific, Pat Conroy, laid out the government’s thinking on the development context in the Pacific and the case for increased international engagement with the region.

The Foreign Affairs and Aid Subcommittee of the Joint Standing Committee on Foreign Affairs, Defence and Trade has launched a new inquiry into “matters related to supporting democracy in our region”. Public submissions close on 11 November.

Pacific leaders and US President Joe Biden released a joint declaration at the end of their inaugural summit in late September, including a commitment to the “timely and successful completion of negotiations relating to the Compacts of Free Association between the United States and the Federated States of Micronesia, the Republic of the Marshall Islands, and the Republic of Palau”.

Myanmar has been added to the Financial Action Task Force’s “blacklist” of countries that do not comply with international anti-money-laundering standards, joining Iran and North Korea. Combined with existing trade barriers, one expert has warned that the move “could affect access to food, medicines and humanitarian aid by the general population”.

Deteriorating global economic conditions and proposals to reform the multilateral development banks to better meet intensifying global challenges, such as climate change, featured heavily at the meetings of G20 finance ministers and central bank governors, the World Bank, and the International Monetary Fund in Washington DC. The World Bank released another sobering update on the poverty and inequality implications of the “polycrisis” ahead of the meetings.

Debate over loss-and-damage finance will be a key sticking point at the 27th Conference of the Parties (COP27) meeting on climate change in Egypt in November. Leaders and ministers from the Vulnerable Twenty Group (V20) – which includes Fiji, Kiribati, Marshall Islands, Palau, Papua New Guinea, Timor-Leste and Vanuatu – have released a statement calling for reform of the sovereign debt restructuring architecture, “urgent progress” on the US$100 billion a year climate finance goal, and for “all major polluting nations and companies to contribute finance to address loss and damage in light of the shortfall of action and finance on adaptation and mitigation”.

The Centre for Global Development takes a look at what a far-right government in Italy might mean for aid and development. Meanwhile, Save the Children Norway have criticised a “disastrous proposal” by Oslo to reduce aid-to-GNI from 1% to 0.75%.

And there are concerns that UK aid could fall even further, from 0.5% to 0.3%. On the bright side, aid experts and NGOs have largely welcomed the return of Andrew Mitchell as the UK’s Development Minister.

Two Australian-based think tanks have released new platforms over the last month. The Humanitarian Advisory Group has a new podcast, ‘I Think You’re on Mute’. And the Development Intelligence Lab has launched ‘The Pitch’.

The World Health Organization has published an external evaluation of the Global Access to COVID-19 Tools Accelerator (ACT-A), which was launched in April 2020 to enable an effective and equitable global response to the pandemic. The evaluation notes that while the ACT-A’s vaccines pillar was relatively successful in terms of resource mobilisation, the other three pillars (diagnostics, therapeutics and health systems) “should have been resourced much better”.

UNDP and the Oxford Poverty & Human Development Initiative have published the 2022 Global Multidimensional Poverty Index (MPI). The report finds that in East Asia and the Pacific, the two countries with the largest “poorest of the poor” populations – those that are deprived across all ten MPI indicators – are Papua New Guinea (27,000) and Myanmar (24,000). 3.8 million of the 4.1 million people that are in this category live in Sub-Saharan Africa.

France’s development agency, AFD, has released a new policy paper on ‘Official Development Assistance at the age of consequences’, which focuses on the implications of climate change for the global aid system.

The US-based research centre AidData has released a report on ‘Aid reimagined: how can foreign assistance support locally-led development?’, based on a survey of nearly 7,000 leaders in 141 countries.

And Duncan Green talks with seven aid leaders about the “top tips and dilemmas” when it comes to influencing.