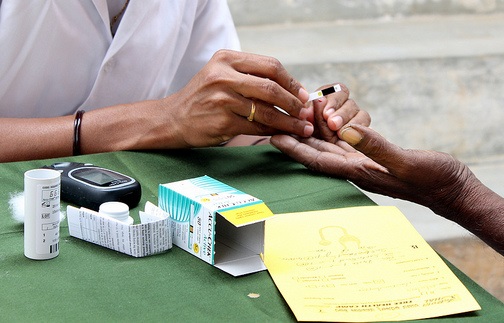 Diabetes is among the most important public health challenges now facing both developed and developing countries. In particular, there has been growing concern regarding both the high prevalence and high rates of increase of non-communicable diseases (NCDs) in general, and diabetes specifically, across the Pacific region.

This concern has emerged in part from data produced by the World Health Organization (WHO) STEPwise approach to risk factor surveillance (STEPS) surveys. STEPS is intended to provide a standardised method for gathering and analysing data on the risks that contribute to NCD burden; the findings are used by public health officials around the world to monitor the key risk factors for disease in their countries. STEPS surveys conducted in Pacific island countries in recent years have indicated a swift increase in type 2 diabetes prevalence. In Fiji, for example, STEPS survey data showed a type 2 diabetes prevalence of 16% in 2002 rising to 29.6% in 2011.

However, new research suggests that these figures may not be accurate. In collaboration with colleagues from the Ministries of Health in Samoa, Tonga, and Fiji, we conducted a reanalysis of STEPS surveys in these countries, the findings of which were recently published in the Journal of Diabetes. In this study, we looked specifically at the rapid rates of increase in type 2 diabetes prevalence. To do so, we gathered information on the blood specimen, glucose meter, blood glucose concentration, and the type 2 diabetes definition used during various STEPS surveys conducted about ten years apart, and then recalculated the prevalence of type 2 diabetes (adjusting for sociodemographic variables as appropriate). 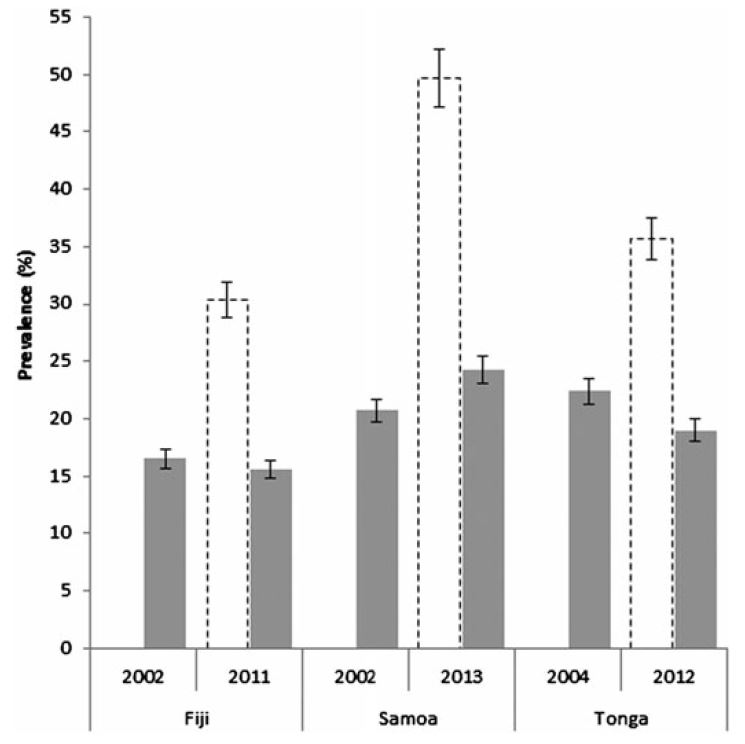 What explains the differences between the prevalence rates as reported by STEPS and the results of our analysis? The simple answer is a change in technology, which was not met with a change in reporting. In the early STEPS surveys, conducted between 2002 and 2004, the glucose meters that were used measured glucose in whole blood and reported the concentration in whole blood. The later surveys, undertaken between 2011 and 2013, used different types of glucose meter which also measured blood glucose in whole blood, but reported glucose concentrations as equivalent to those in plasma. As a result, the incorrect glucose cut-off point was applied, and the diabetes prevalence was erroneously inflated to about double the real prevalence.

Regardless of the reasons for why and how these miscalculations occurred, the potential implications (e.g., related to resource allocation within these countries’ health systems) are significant. Several other Pacific countries whose STEPS survey results also indicate rapid increases in diabetes prevalence over a relatively short period of time may well have suffered from the same miscalculation. Vanuatu is a good example: STEPS surveys indicate an eightfold increase in type 2 diabetes prevalence between 1998 and 2011-12 (2.8% to 21.2%), even though the rate of obesity (the primary risk factor for developing diabetes in adulthood) there is comparatively low for the region at 19%. Unfortunately, the type of glucose meters used in the 1998 Vanuatu STEPS survey was not recorded, so this cannot be definitively confirmed.

More generally, many countries in the Pacific region have inadequate population and health data collection and surveillance systems, which means that estimates and trends for many diseases, not just diabetes, are often modelled on limited data. And it is often difficult for researchers to access what data does exist, whether from global agencies such as the WHO or individual countries.

Concerns about the validity and accuracy of diabetes data more broadly are not new either. As one of us (Zimmet) has recently written, nearly all of the major sources of data on diabetes – not just the STEPS survey – suffer from serious epidemiological limitations. This means that only broad conclusions should be drawn from them, and that there is a continuing need to both scrutinise the data that emerges from them and to develop methods for collecting more accurate estimates.

There are some key lessons learned from our analysis that, if heeded, may help to avoid the kinds of errors we documented being repeated in future. Specific to surveying diabetes prevalence, clear instructions on the calibration and output of glucose meters should be provided by manufacturers. At the same time, health workers and survey enumerators using these meters – or indeed any other kind of diagnostic tool – need to be provided with sufficient training so they are able to confidently and correctly use them and interpret their results. And to enable the kind of reanalysis and confirmatory study that we conducted, which should be done whenever levels and increases in the prevalence of diabetes or other diseases seem questionable, surveyors and other researchers must document the kinds of equipment (such as meters) and diagnostic parameters they used.

The research reported on in this blog post was funded by the Department of Foreign Affairs and Trade through the Australian Development and Research Award Scheme (ADRAS).

Richard Taylor is Professor of Public and International Health in the School of Public Health and Community Medicine at the University of New South Wales.