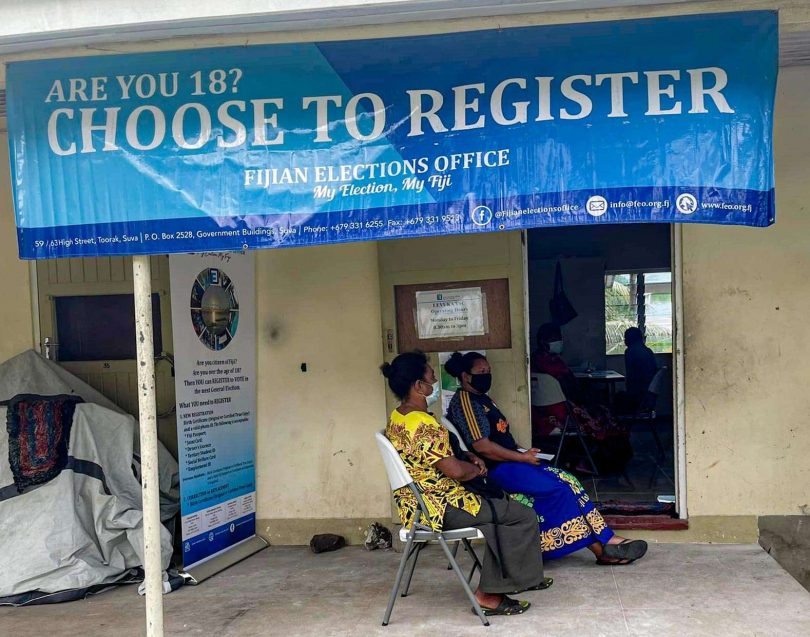 The new year brings opportunities and challenges for the Pacific. There are big questions being asked across the region – questions that go to the heart of how countries, peoples and regional organisations see themselves and how they relate to the rest of the world. And there are ongoing political, social, and economic challenges all of which are complex and complicated. Whilst outsiders may look for one-liners to explain what happens in our region, it is more important than ever that Pacific stories told by Pacific voices are at the forefront.

The extent to which Pacific populations are vaccinated will be the key to if and/or when borders can be unlocked. Even in countries where the vaccine rollout has been very successful, there is little being said about when booster shots will be widely available. In countries where there is still much work to do in getting most people protected, the arrival of the Johnson and Johnson single-dose vaccines will be warmly welcomed. The low rate of vaccination in Papua New Guinea will continue to be a huge challenge for the country, especially if another wave of infections occurs.

Whilst there may have been plans across the region to begin opening borders in the early part of 2022, they will likely be suspended until more is known about the Omicron variant. A third wave of COVID-19 infections is underway in Fiji in the wake of opening the borders to tourists at the beginning of December 2021.

Economic hardship is likely to continue. Tourism businesses will be hard hit as before, and exporters will continue to face higher freight costs. Labour mobility will provide an avenue for some to earn money and provide remittances to their families. We are already seeing strong participation in the two-year import trial of kava into Australia which will be of benefit in producing countries such as Fiji, Vanuatu, and Samoa.

Election watchers will have plenty to keep them occupied during 2022, as the people of Fiji, Nauru and Papua New Guinea head to the polls.

In Fiji, the incumbent Fiji First government will be looking to secure a third successive win. If successful, that will mean Bainimarama will be looking at having led the country for 20 years (2006 – 2026), initially as head of a military government and then as an elected Prime Minister. Rifts in the opposition will create extra challenges in unseating Fiji First. Another former coup leader, Sitiveni Rabuka, will be a formidable opponent once again and it will likely be a close-run contest.

In Papua New Guinea, the elections will be held against a backdrop of serious economic and budget constraints, the ongoing impacts of COVID-19 in an unvaccinated population, and concerns about safety and electoral probity. Former Prime Minister, Peter O’Neill, is already positioning himself to play a big role and is certainly a contender to replace James Marape once the votes have been counted and the horse trading has finished. A much-needed census has again been delayed, which means the accuracy of electoral rolls will be in question once more. Concerns about security during the elections are already running high, with reports of guns being smuggled into highland areas in advance of the polls.

There remain several issues yet to be resolved and they will continue to be challenging and possibly provoking during the coming year.

The future line-up of the Pacific Islands Forum (PIF) will be a major talking point. The twelve-month notice period of withdrawal is nearing its end for all five Micronesian members who signalled their departures during 2021. There has been a lot of work done to try and achieve a change of heart. However, other than a possible shift in thinking in Marshall Islands, this does not appear to have been successful. A proposed ‘in person’ meeting of the PIF leaders at the beginning of February will be the last best chance to prevent the walk out but whether that will take place remains questionable.

When it comes to questions of self-determination and independence, there are some major sticking points to overcome. In Bougainville, President Toroama has made it abundantly clear that he wants the issue of his people’s independence resolved sooner rather than later. However, the June elections in PNG are likely to put talks and planning on hold until later in the year. The disappointing third referendum on independence in New Caledonia that was held in December 2021 has left the French territory in something of a political limbo. With the independence-focused groups insistent that they will not take part in any talks until after the French presidential elections, the focus for the early part of 2022 will be ensuring that tensions do not escalate.

As 2022 gets underway, there is much for Pacific leaders, scholars and analysts to ponder.

The author’s Pacific predictions have been produced annually since 2012.