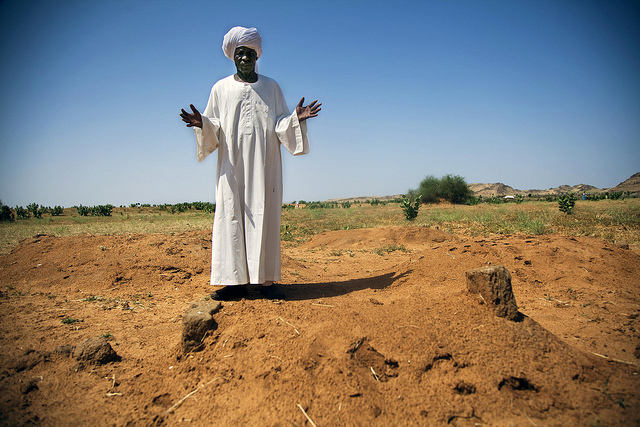 After years of negotiations, heads of state will formally adopt the new development agenda at a high-level summit in New York City at the end of this week. ‘Transforming our world: the 2030 Agenda for Sustainable Development’ sets out universal goals and targets to guide sustainable development and poverty reduction over the next 15 years.

According to UN Secretary-General Ban Ki-moon, this ambitious agenda, containing 17 goals and 169 targets, “is the People’s Agenda, a plan of action for ending poverty in all its dimensions, irreversibly, everywhere, and leaving no one behind.”

I cannot say whether the 2030 Agenda will deliver more or less than the Millennium Development Goals (MDGs) have over the past 15 years, but I can share some thoughts on what I know best: peace and data.

On the peace side, a success

At the time of the Millennium Summit, when the world was deciding on the MDGs, I was working within the Executive Office of the Secretary-General in the UN Secretariat. Despite being prominently featured in the Millennium Declaration, peace was not even considered for possible inclusion in the MDGs. And indeed, up to three years ago, it seemed unlikely that peace would be affirmed as a development priority in the new development agenda.

However, the 2030 Agenda has made peace a central and integrated part of the world’s vision of progress. This is a rare moment when multilateralism has exceeded expectations and affirmed the right priorities, and has come about thanks to the concerted efforts of campaigners worldwide – a healthy mix of civil society, UN officials and governments. Importantly, the Global Peace Index has demonstrated that peace can be measured, giving campaigners a reliable tool to convince opponents of a peace Goal. The inclusion of Goal 16 on ‘promoting peaceful and inclusive societies’ should be celebrated.

Why is the inclusion of peace so important? Because with conflict and violence, there can be little development. But if conflict is to be prevented it will be necessary to go further than just measuring its presence. Rather, we must build the attitudes, institutions and structures which sustain peace, what the Institute for Economics and Peace (IEP) calls ‘positive peace’. Many positive peace factors are addressed in the 2030 Agenda. These include access to security and justice; transparent, accountable and effective institutions; controls on corruption; voice and participation in decision-making; and addressing economic and social horizontal inequalities.

Of particular importance is the fact that the whole of the agenda – including Goal 16 – will apply universally. This moves us away from defining the problems of ‘development’ as belonging to only one particular group of countries, and recognises that high-income countries are not immune to, for example, social unrest or governance challenges. A wider commitment to making all societies more peaceful and inclusive, will hopefully encourage a shift from reaction to prevention — something the world desperately needs.

On the data side, much work remains to be done

While the fact that peace is now officially recognised as a key development issue is a significant outcome, agreeing on goals and targets is only half the challenge. Improvements in the quality of data collection are vital. While some data already exists, significant investment in raising the capacities of both government and third party data producers will be required.

‘Negative peace’ refers to the absence of violence and fear of violence (the definition of peace that underpins IEP’s Global Peace Index [pdf]) and can be captured using indicators such as the homicide rate, incidence of rape and perceptions of insecurity. These ‘outcome indicators’ clearly indicate progress, or the lack thereof, on physical security. They are also closely correlated with other key indicators of development.

However, this data is scarcely available. Take for example the homicide rate: research conducted by IEP, based on UNODC homicide data, found that three out of four fragile states do not have adequate data available for this indicator. For other indicators of negative peace, the major problem is comparability [pdf]. In order to facilitate meaningful comparisons between countries it will be necessary to standardise reporting definitions and practises. Such standardisation practises also need to incorporate data that can be disaggregated along gender, ethnic, religious and caste lines to enable better understanding of processes of victimization. These data can provide important clues on the nature of horizontal inequalities in a country or region, which can be harbingers of vicious cycles of violence.

More ambitious and potentially more important, however, are indicators of positive peace – in other words, the institutions and attitudes associated with more peaceful societies. Positive peace measures indicators of good governance as well as informal institutions such as levels of trust and tolerance in society. Focusing on these indicators could help orient the post-2015 agenda to more preventative aims rather than the standard focus on the after-the-fact consequences.

While developing adequate universal measures of negative peace is an important priority in order to track progress, violence measures tend to only have an instrumental relationship with poverty: when they intensify or get worse, it’s often too late. Global indicators and targets will be established next year and each country is expected to come up with its own, context-specific indicators. By ensuring positive peace indicators are included, it may be possible to strengthen key formal and informal institutions that work towards violence prevention while also contributing positively to poverty alleviation.

Camilla Schippa is the Director of the Institute for Economics and Peace. She was a member of the UN’s expert reference group for the Global Consultation on Conflict, Violence and Disaster in the Post-2015 Development Agenda.