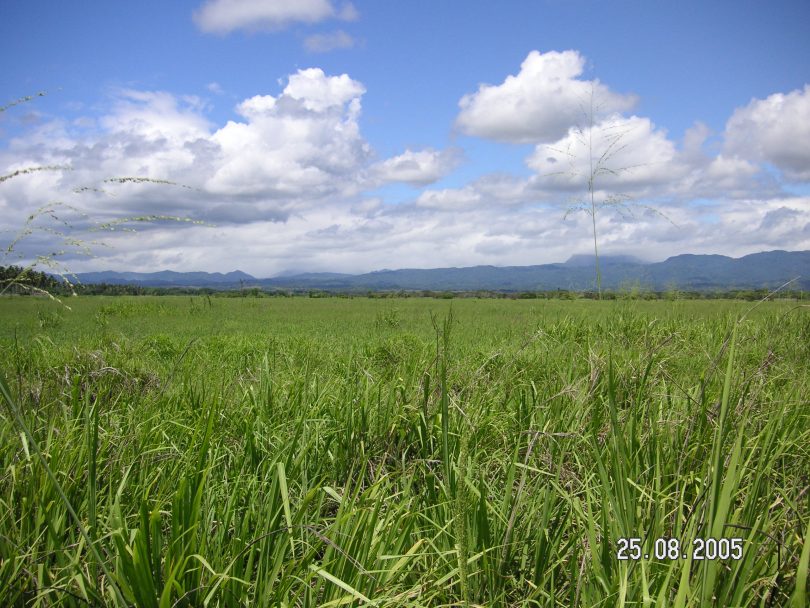 Pacific Islanders better plan now for reforms to their customary land tenure arrangements.  Otherwise these reforms will be forced upon them and this may not necessarily benefit  landowners or the nation.

Any reform, including land tenure, has to be an improvement on the status quo.  Land reforms are meant to improve the welfare of the population as a whole.  And reforms to land tenure have the potential to benefit landowners, investors and the national government.  If managed right, it is the one reform that has the potential to create wins for all stakeholders.

However, these reforms have proved extremely difficult to introduce.  A few have gone horribly wrong.  Often, they have been captured by vested interests.  The frequent politicisation of land reforms in several Pacific Island nations has done considerable harm.

Scared of the potential consequences, and conscious of its failings in supporting reform of customary land tenure, AusAID has brought its Pacific Land Reform program to a premature halt.  The Minister responsible, Kevin Rudd, noted in his post-budget media briefings that the program ‘did not cut the mustard’ and has re-allocated the A$90 million that was to be spent over four years on the program.  Ironically, this may provide the biggest boost to the implementation of land reform, as it will put the onus back on locals.

The case for reforms to bring more of this scarce resource into production in the Pacific is obvious.  Many prime sites remain under-utilised while poverty prevails.  The inability to use the resource for the benefit of the people stares you in the face as you venture out of the capitals in any Melanesian nation.   A case in point is the Guadalcanal Plains, where I took the photo accompanying this post.

As a keen observer of land reforms in Fiji and Papua New Guinea, I’ve witnessed how well-intended reforms can be led astray.  I’ve seen aspiring politicians exploit the fears of landowners as a means of mobilising votes.  Some, in cahoots with senior bureaucrats, have acquired plots within areas earmarked for land release.

Land is money; sometimes lots of it.  Consequently, land reform offer opportunities to the well-connected to make a quick buck at the expense of the rest.  It is these actions that have discredited well-intentioned reforms to land tenure in many developing nations.  Matters have been made worse when dodgy foreign investors have been involved in ‘land grabs’.

The need for land reform in the Pacific

Land reforms are politically difficult, but the payoff from success is equally large.  Vast vacant tracks of land are evident in much of Melanesia, as is widespread poverty.  My photo from the Guadalcanal Plains is evidence of the problems for development in accessing land, and natural resources more generally.  Many families are left short of cultivable land or land for housing, while barren space stares them in the face.  Many beautiful beach fronts lie idle while people are crammed onto steep slopes for housing.

It is also evidence of our inability to use what nature has bestowed upon us for our own good, and is akin to having food going to waste while people starve.  Any proposal to allow land held under customary title to be used by those in need draws heated debate.  And politicians are part of the problem.  They often see the sensitivities of land reform as an easy means to mobilising a constituency, sometimes on false pretences.

I recall a particular initiative of 2002 in PNG that went astray because of a campaign of misinformation by several contestants for political office.  The reforms were locally sponsored and well-intentioned.  They were soon touted as a foreign imposition: the fears of landowners were manipulated by the suggestion that the reforms were a conspiracy to sell the land to foreigners.  Four lives were lost as police fired live rounds on protestors in Port Moresby.

The reality of land reform

All land has changed hands throughout history, often several times and sometimes in suspicious circumstances.  The right to any property is secured only to the extent that the community recognises that right, and when someone with might is prepared to defend it.  Being immovable, land is particularly prone to being grabbed.  We often rely on our governments to underwrite our rights to property.  The courts and the police act as a final defense against unlawful acquisition.  In the Highlands of PNG, it is often the military might of a clan that underwrites land-claims.

Rest assured, a valuable resource will always be accessed.  A major gold discovery on your land, for example, will provide enough incentives for you and the investor to come to an agreement on exploiting it.  Diamonds find their way into the global marketplace from some of the most inhospitable places on the planet. Those sourced from conflict zones are called ‘blood diamonds’ for a very good reason!

The reality is that reform to customary land tenure is only a matter of time.  The reasons are simple.  Population growth will increase the scarcity of land and raise its price as a resource.  This price rise will provide the incentives for those with property rights and those needing them for investment (or survival) to come to an agreement on its use.  If not done legitimately, then the above will occur via the back door, if not worse.  Given the choice, the legitimate route would be preferred by most.  However, there is a more immediate force for land reform.

The people of the Pacific have been moving, possibly more rapidly at present than they have in the past.  Many have strayed far from their customary land.  Some have lived away for generations.  The long-departed are often forgotten by their community.  Consequently, they lose their traditional claims to the land held by their forebears.  Importantly, the number of people in this a situation is growing.  They will one day out-number the traditional claimants to customary land.  And it will be this group who will then demand a change to the rules governing land rights.

Let me use a specific example to illustrate.  I recall a senior public servant telling me that his adult son, who had dropped out of school in Port Vila, could no longer survive on the land on a distant ‘island home’.  The father was struggling to acquire some space on the fringes of the capital city where his family could grow food.  This is far from an isolated case.  There are many people from distant islands now residing elsewhere.  They are the losers from a system that gives recognition to ownership rights only if the land has been continually occupied by the claimant.

Fiji has systems in place that give the indigenous population a right by birth to their customary land.  On paper, a Fijian born in Canberra has a claim to the land of their ‘matagali’ even if this is in a distant village.  However, enforcing this paper right is close to impossible without the consent of the occupants.  And I know of cases, not just from Fiji, where the community at home has simply refused land claims from the long departed or their descendents.

Reforms are necessary if long-term migrants are to: (i) protect their claim on their customary rights to the land of their forebears; and, (ii) access land at their new place of residence.  Thus, the father in Port Vila could retain his claims to the land on his island home whilst being able to access vacant customary land for food gardens on the fringes of the city.  Like it or not, once the majority of the population has been disenfranchised, the rights to customary land will be reformed.  It would be better to reform at will then being forced into such a position.

Finally, land reform is a means of spreading the benefits of growth.  Unlike mining, reform to land tenure can lead to increased security for the investor and has the potential to raise investments in farms.  This can raise productivity and household income, thereby lowering the proportion of people living in poverty.  In the words of one famous Papuan politician, such reform could transform landowners into landlords.

Satish Chand is Professor of Finance in the School of Business at UNSW@ADFA.