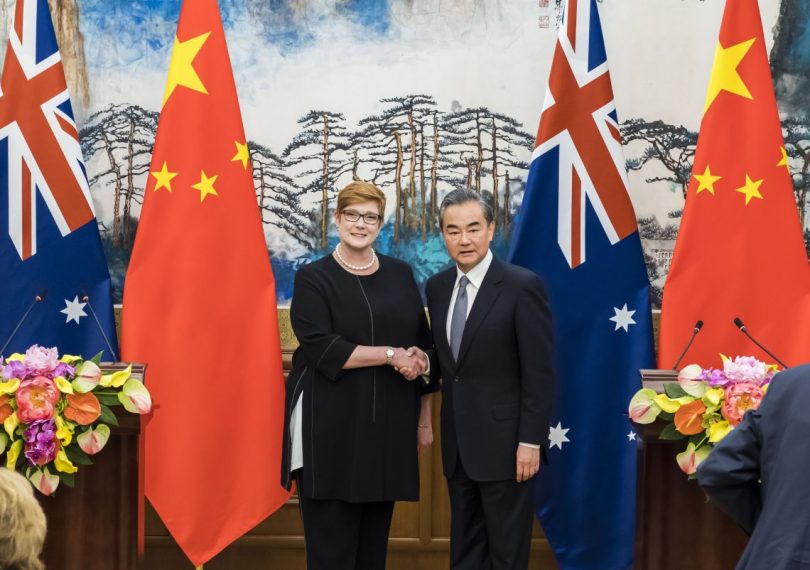 Media reporting of Papua New Guinea’s efforts to access foreign loans to finance the government’s budget has been far from accurate or complete. But the efforts themselves are real. And they pose significant challenges for both the country’s suitors, China and Australia, and most importantly for PNG itself.

As reported in official PNG documents, PNG has been trying to obtain a loan from China since last year. The government is seeking K1 billion from China’s National Development Bank. In principle agreement was reached at APEC last year, but the deal is still not yet done. The sticking points are the interest rate, and that China normally lends for projects, whereas PNG wants the money not be earmarked. It needs the loan to pay salary bills and interest. Given the length of time the negotiations have taken, it is not clear when or indeed if China will come to PNG’s aid.

It’s not that China never provides non-earmarked budget support, but it is certainly the exception rather than the rule. Given the difficulties PNG is experiencing in obtaining K1 billion from China, talk of China refinancing PNG’s K27 billion of government debt is fanciful.

What about Australia? Australia used to provide all its aid to PNG as budget support but that was phased out over the 1990s and discontinued by about 2000. PNG asked Australia to reconsider budget support in 2017. Australia said no then. That Australia has responded more positively this time round shows how things have changed. Australia, like China, is not predisposed to providing budget support, but does have a history of helping out at times of crisis – for example, during the East Asian crisis of the late 1990s. But Australia doesn’t go it alone. We get in behind an IMF or World Bank program, and that’s where the problem starts for PNG.

PNG is actually on a World Bank program, the first instalment of which was disbursed last year. But that program is badly off track. One of the main conditions is that PNG’s deficit (technically, its non-resource primary deficit) is meant to be falling. In 2018, the year in which the Bank program was negotiated, that deficit measure was meant to fall to 1% of GDP. Instead, it increased from 1.6% in 2017 to 2.8% in 2018 (Figure 11). Another key target is that the salary bill should not increase by more than 5% in any one year. Last year it increased by 19% (Table 11). Some of this was the payment of salary arrears, but even taking arrears out, it was a double-digit blowout.

However sensitive Australia is to China’s influence, there is simply no way that Australia would move forward with lending to PNG while the latter was in non-compliance with its World Bank program. That would undermine everything we say about the importance of multilateralism. Indeed, one would hope that the same thing is true of China. After all, China is also an important shareholder in the World Bank.

The PNG government is certainly facing a difficult fiscal situation. With revenue weak, it needs to borrow. But, more importantly, it needs to get serious about reform. This does not only mean improved fiscal performance. The underlying problem is the lack of economic growth. Reforms need to be put in place to address what the new PNG Prime Minister has called the “bleeding and struggling” economy, and what his new Treasurer has more diplomatically termed “very subdued domestic business conditions.” Australia’s Foreign Minister Marise Payne has said that “the new Government [of PNG] is looking at a comprehensive reform program.” That’s encouraging. Perhaps after today’s Australia-PNG Ministerial Forum we’ll know more.  Comprehensive reform would unlock funding from numerous sources, not only Australia, but also, importantly, the International Monetary Fund. Without it, new foreign loans are not only less likely but also unlikely to make a difference.

For more on the PNG economy, see our recent “2019 PNG Economic Survey.”