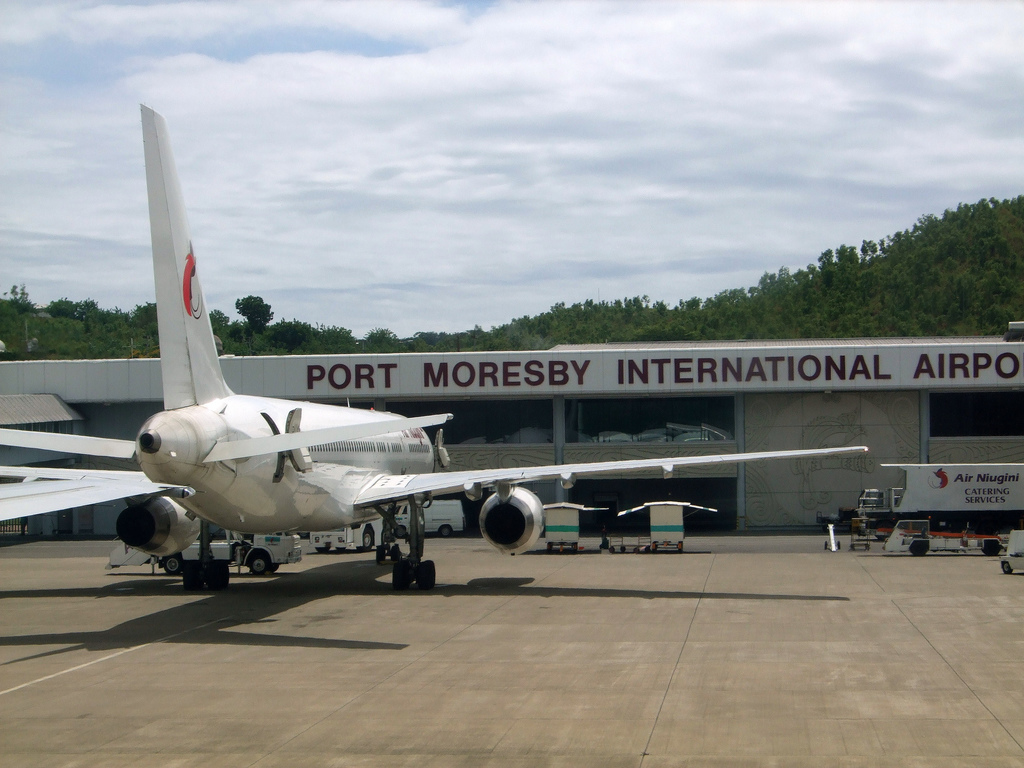 This is the first in a series of posts analysing arrival and departure data in PNG. The analysis is based on annual statistics released by PNG’s National Statistics Office (NSO), which compiles data on persons entering or leaving PNG as recorded on arrival and departure cards in accordance with the requirements of the Migration Act 1978. The Migration and Citizenship Division of the Department of Foreign Affairs and Trade administers these regulations. Excluded from the statistics are members of the armed forces of other countries, with the exception of members of the Australian armed forces seconded for service with the PNG Defence Force. Traditional and illegal border crossers between PNG and neighbouring countries (such as Indonesia or Solomon Islands) and refugees do not fill out arrival and departure cards, and are therefore excluded from the analysis.

PNG has witnessed a substantial increase in the number of international arrivals, especially since 2007 when construction of the PNG LNG project began. Partly as a result of the resources boom, arrivals of workers have increased greatly. In all but two years between 1996 and 2013 arrivals have outnumbered departures, resulting in a net population gain for PNG (see Figure 1). The largest gain was experienced in 2011 (34,806 persons), while the largest population loss was experienced in 1998 (-11,755 persons). The latest year for which data was available, 2013, witnessed the largest number of arrivals (245,844) and departures (225,128), resulting in a net gain of just over 20,000. In all years, male arrivals made up over 70% of total arrivals. In 2013, 192,929 of the total 245,844 arrivals were male (78%), pointing to highly gender-imbalanced population flows. There is also an age imbalance, with persons between 30 and 59 years dominating population flows. The gender and age imbalance point to population flows being dominated by men in working age groups being attracted to employment opportunities in PNG. 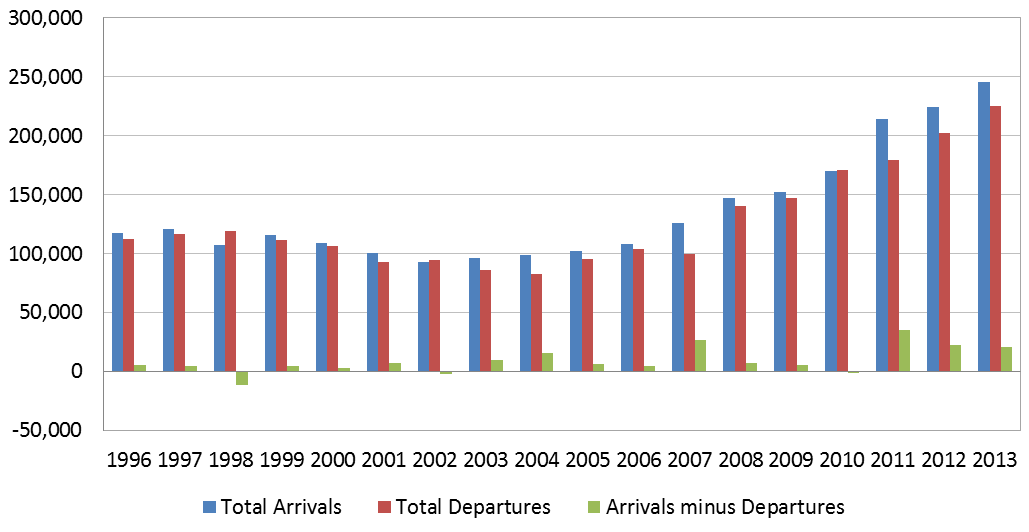 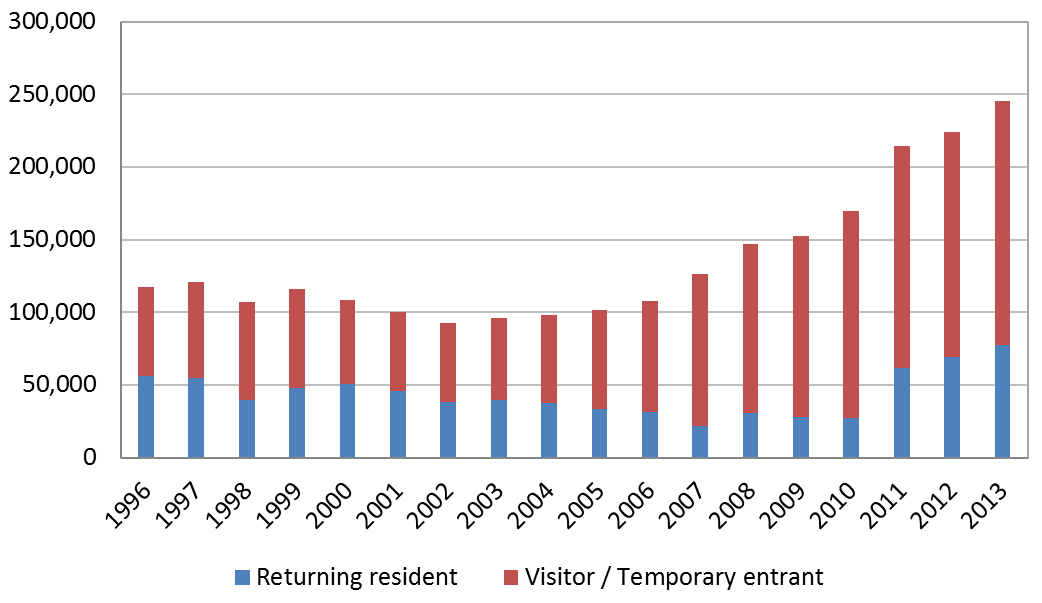 Future posts will focus on the category of visitors and temporary entrants, and investigate characteristics such as their countries of origin, age, occupation groups, reasons to visit, and length of stay.