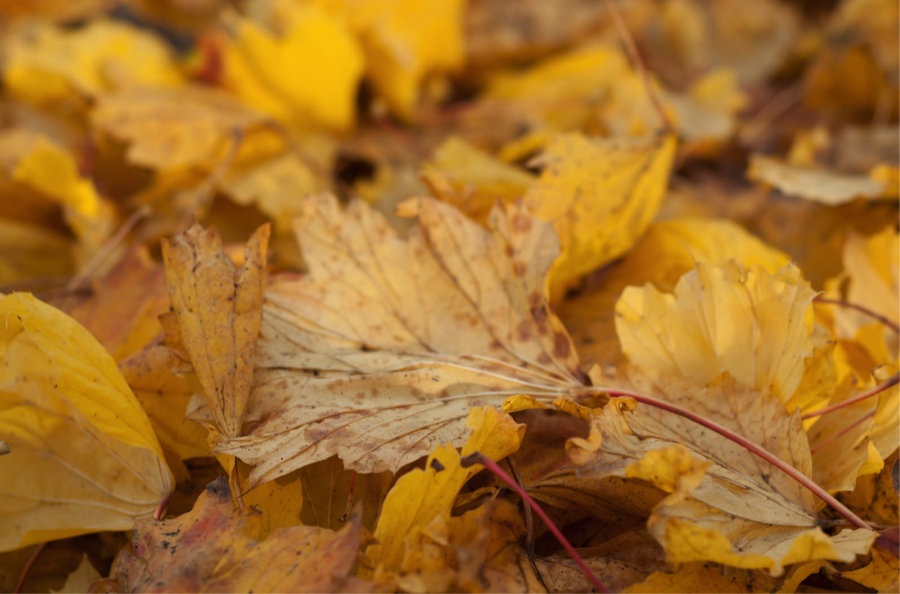 In the first installment of our resource boom retrospective we showed that revenue in PNG was back at 2006 levels, once inflation is accounted for. What does this mean for expenditure? On the one hand, PNG was running a surplus in 2006, whereas now it is borrowing heavily. On the other, as we showed in our second post, it is now paying a lot more on salaries and interest, and to fund a number of recent commitments.

In this post, we look at what has happened to what we call “discretionary expenditure”. This expenditure is discretionary in the sense that it comes last. It is the amount left over once committed expenditures are made. Governments have to pay salaries and interest. Current government priorities include MP funds and payments to schools in lieu of school fees which were abolished in 2012. Aid funding has to be spent on aid projects. After all these expenditures are made, whatever is left can be used both to meet traditional responsibilities — to buy drugs, to finance universities, to support church health clinics, to maintain roads, and to buy fuel for police — and to expand national infrastructure.

Our estimate for total expenditure this year is K12.9 billion, which combines the mid-year (MYEFO) estimate of revenue with the 2016 original (and supplementary) budget estimate for borrowing. (All expenditures in this post are expressed in 2016 prices.) The government hopes to raise more revenue than the MYEFO estimates, but there is little of the year left, and last year’s MYEFO slightly overestimated revenue. On the expenditure side, the government has budgeted K3.5 billion for salaries, K1.5 billion for interest, K1.1 billion for MP funds and K0.6 billion for education subsidies. We estimate that aid projects will be at their level last year (they are generally flat at about K1.6 billion). This leaves K4.4 billion for discretionary expenditure. This is a fall of 40% compared to 2014 (and about 25% compared to what was budgeted). As Figure 1 shows, although discretionary spending rose strongly during the boom period, it is now estimated to be back at 2006 levels. 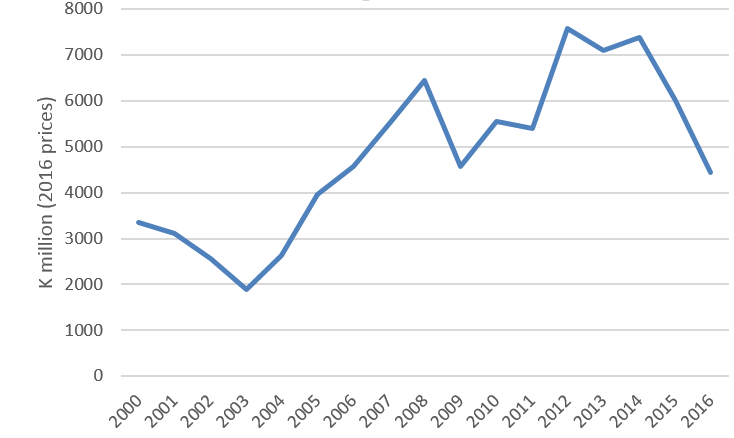 Note: Discretionary spending is total spending minus spending on salaries, interest, MP funds, and the education subsidy. Values in this figure and the next are actuals, except for 2016 which uses estimates.

Given this result, it is useful to benchmark 2016 expenditures against 2006, as Figure 2 does. Revenues are at about the same level, as are aid funded projects. The government has an additional K3 billion in borrowing to spend (in 2006, PNG had a significant surplus; this year it is borrowing K2.1 billion), but this is matched by more spending on salaries (up by K1.2 billion since 2006), on interest (up by K0.95 billion), and by MP funding and the education subsidy (up by K1.1 billion). Due to either contractual obligations or political commitments, these expenditures are all sticky, albeit to varying degrees. As the figure shows, discretionary spending is left to bear the brunt of the revenue collapse. It grew rapidly during the boom years, but has since fallen back to 2006 levels, when the population was some 25% smaller. 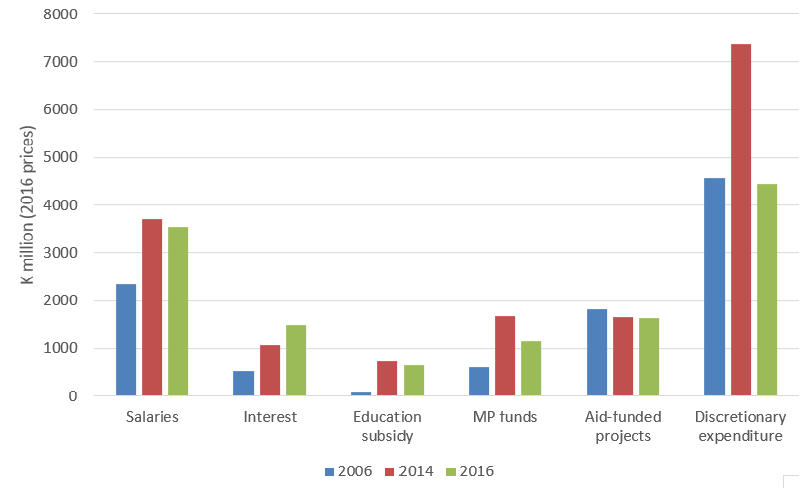 No wonder there is little money for church health services, universities, road maintenance and investment, and the many other items covered by this discretionary category. Where can funding be found? Last year, MP funds were not paid out in full; this year, their budgetary allocation was reduced, and again they may not be fully paid out. There are also reports this year of some of the education subsidy payments not being sent to schools. These measures will provide some fiscal space for the discretionary expenditure category.  Further expenditure restructuring will be required this year and next to ensure core funding needs are met now that the resource boom is over.

Stephen Howes is Director of the Development Policy Centre. Rohan Fox is a Research Officer at the Centre.

Rohan Fox is a Research Officer at the Development Policy Centre and holds a Masters in International & Development Economics from ANU. He was formerly a lecturer in economics at the University of Papua New Guinea.