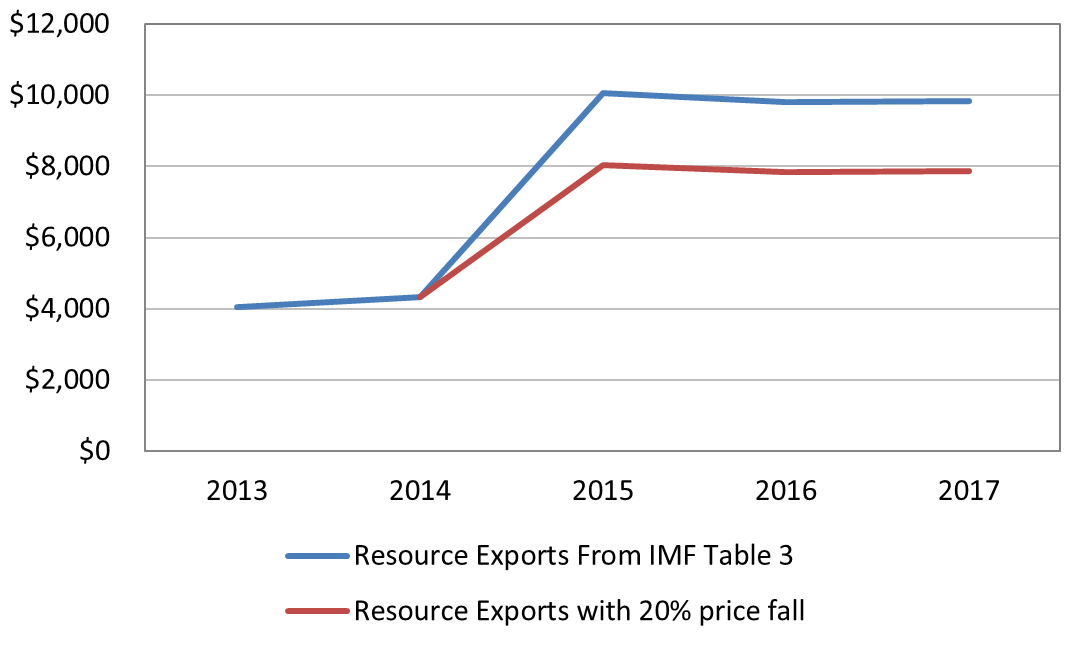 PNG’s March monetary statement: the good, the bad, and the unclear

The six-monthly Monetary Policy Statement was issued by the Bank of Papua New Guinea (BPNG) on 31 March and Governor Loi Bakani presented it to the community at a breakfast the following morning.

The statement confirms the positive growth impacts from the early completion of the PNG LNG project (GDP growth is now estimated at 9.0% in 2014 up from 8.4%), but downgrades the 2015 GDP growth forecast to 9%. Other positives from the statement are the report on the continuing deployment of the new payment system (which will help modernise PNG’s financial structures and lower business operating costs), the prospective establishment of the Sovereign Wealth Fund, and the call for investment in the non-mineral sectors of the economy, especially agriculture.

Comments on the kina exchange rate are both positive and negative. 4 June 2014 was the day when trading bands were introduced around a non-market exchange rate, resulting in the kina appreciating by 17%. The statement notes that since then the exchange rate has depreciated by 9.3%. However, this is still more than 5% higher than the market-based exchange rate level at the time the trading band was introduced. The PNG economy has also suffered significant falls in commodity prices since then. Other commodity exporters with market-based exchange rates (and no Sovereign Wealth Fund with substantial reserves to act as a stabiliser) have allowed their currencies to move lower – in Australia’s case, by 15 to 20% from June 2014 levels. In these circumstances, it is appropriate that the kina is depreciating to help restore external balance, and there would be benefits if it was allowed to depreciate more quickly. That the exchange rate has not yet found its market level is shown by the estimated K1.5 to K2.5 billion in outstanding import bills waiting to be processed. Shifting to a market rate would also eliminate the need for growing regulations on foreign exchange.

The inflation outlook is less than positive. It would be good if inflation stabilises at 6%, as the statement predicts. However, looking at Chart 1 on page 5 of the statement, there is a very worrying trend. From December 2013 to December 2014, there have been substantial increases in inflation. There is no explanation given for why the forecast levels of inflation will now start to fall (the purple shaded section of the chart). Continuing high levels of government expenditure and continuing depreciation means that the inflation outlook needs to be watched closely.

The statement gives rise to more questions than answers on the current account deficit and foreign exchange reserves. The forecast for crude oil prices for 2015 has dropped from $US103.7 per barrel (in the September 2014 statement) to $US50.9 per barrel. But the forecast LNG price for 2015 has increased from $US15.00 per 1,000 cubic feet to $US15.50! How is this possible? LNG prices are linked to oil prices (with a lag of several months). The ANZ’s recent analysis, based on LNG contracts in the region, predicted that the price will fall by 42% by the second quarter of 2015. This raises serious doubts about the statement’s projection that the underlying balance of payments will return to surplus in 2015. The following graph shows the expected large jump in PNG’s resource exports due to the PNG LNG project (as well as improved production from Lihir gold and Ramu nickel) expected by the IMF in October last year. Allowing for a fall in commodity export prices of even just 20% since October, the overall value of resource exports falls by $US2 billion (from $US10 billion to $US8 billion). The projected overall balance of payments surplus of $US1.1 billion turns into a deficit of $US0.9 billion – and the deficits would continue for future years. If the balance of payments instead remains in deficit, the need to return to a market-based kina rate becomes more urgent.

The statement’s projection of higher foreign exchange reserves in 2015 is also questionable. This “mainly reflects proceeds from the sale of 4.27% of the Government’s equity in the PNG LNG project to Provincial Governments and landowners”. This presumably refers to the sale of a 2.57% stake in the PNG LNG project (a stake held by NPCP, which landowners can purchase at a price of K2.5 billion – though this price, given in the budget, must now be too high on account of the fall in expected dividend flows). Is it now proposed to sell even more, or perhaps this is simply a typo?

In any case, the sale is by no means a done deal. And it will only bolster foreign reserves if it is financed through foreign borrowings. The estimated build-up in foreign exchange reserves from this sale is about $US1.5 billion. So if it goes ahead, this will off-set the realistic current account deficit of $US0.9 billion. If the sale does not go ahead, PNG’s international reserves could drop to $US1 billion – arguably less than the current level of delayed import payment orders. This is the type of trigger point for a crisis that must be avoided.

Overall, the monetary policy statement is good on fiscal policy, mixed on the exchange rate, and worrying on inflation. And it raises more questions than it answers on the current account deficit and foreign exchange reserves.