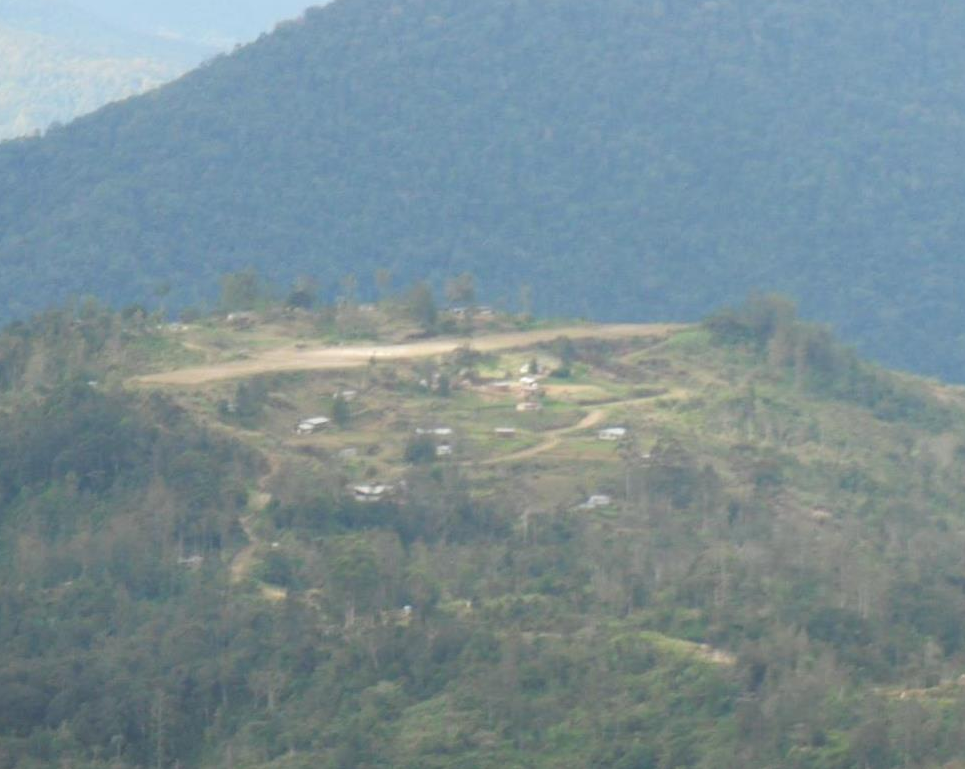 The last decade in PNG’s socio-economic development has been claimed by many, including Prime Minister Peter O’Neil and me, to have been wasted, as the excellent economic growth the country recorded has failed to translate into tangible development to improve the socio-economic conditions of the people. The preliminary findings of the PNG PEPE survey, which I helped run, show more children in school, but fewer patients in clinics and worse accessibility by transport.

I would like to share my personal story to put into perspective why I assert that it is not just the last decade, but in fact the last twenty years in PNG’s development that have been wasted. I am sure that my story is not unique. Many Papua New Guineans of my generation, and some of those who are currently attending school, would easily relate to my story. Specifically, the challenges we have encountered and the difficult but crucial decisions we have needed to make at certain points in our lives to get to where each of us is today.

Born in the mid-1980s, I grew up in a beautiful government outpost called Kolombi, which was established by early Christian missionaries during the colonial era. Kolombi is still the main center for Paiela-Hewa Local Level Government (LLG) in Enga province. It is situated in the west of Porgera district, which hosts the world-class Porgera goldmine. The LLG has a population of over 10,000 people.

Today it is run down, as the photo above shows, but, during its heyday, Kolombi was more than just a government outpost. When I was a kid, it had a well-functioning health center, where my biological father worked as a community health worker and the supervisor of more than 10 aid posts attached to the health center. There was a police post with a permanent police officer (who, together with a formidable village-court magistrate, ensured law and order was maintained), an agriculture extension officer to promote agriculture services, particularly for cash crops (especially coffee and pyrethrum), and a kiap or government administrator. There was an LLG chamber which ensured regular LLG meetings were held, and a community school which I attended as a boy.

Before a road was built by a former Member of Parliament (MP) in the late-1990s to connect Kolombi to the nearest town, Porgera, the only link between Kolombi and the outside world was an operational airstrip. The airstrip brought supplies for the health center and aid posts (including medical supplies and health workers), police post, kiap and the local council, community school (teaching materials/supplies and teachers), the local churches, and local businesses (especially the trade stores which sold basic manufactured items, including food, fuel, tools, fertilizers, cooking utensils, and clothes).

The economy of Kolombi and the LLG was based predominantly on local agriculture, retail, and a barter system. Each Friday was the big market day for Kolombi, when people traded cash for locally-raised vegetables, fruits, meat and cash crops. Cash was brought into the local economy by the public servants, the local government administration, and local business people. It was a thriving government outpost where the modern cash-based economy started to co-exist with the traditional barter economy.

As there was no road-link till the late-1990s, children from Kolombi and Paiela-Hewa LLG went to the nearest high school, in Porgera district, at the beginning of the year and returned at the end of the year by plane. This was my dream as a boy. Flying in a plane (or being a pilot) was an aspiration for all kids in the village as there was not much exposure to the western lifestyle apart from the regular helicopter and plane flights, and regular visits by missionaries. It was, therefore, a huge motivation for each kid at the community school to study hard. In fact, I can recall vividly that each of the village kids’ toys were planes and helicopters made of bush materials and scrap paper.  This was the life in Kolombi from PNG’s independence to the mid-1990s.

Disaster struck just after the mid-1990s when the only link to the outside world, the airstrip, was closed down. I understand a number of things happened in the 1990s which had significant economic and administrative impacts on PNG as a whole, including a fiscal crisis, major political and administrative reforms, and a severe drought. The airstrip was shut down in July 1996 largely due to lack of maintenance (i.e. failure to cut the grass on the landing strip, remove debris from it and fix its fence). The LLG was responsible for the up-keep of the airstrip, but it had no funding allocation from the provincial government to pay labourers and materials that year, or in subsequent years to re-open it. After flights stopped, the local community indicated its willingness to help fix and then maintain the airstrip to re-open it. However, an agreement was required among key stakeholders — particularly the LLG, the district and provincial administrations, and the airline companies — to re-open the airstrip. This never happened and, to my understanding, no-one in authority took any initiative, including the allocation of funding, to bring all the stakeholders to the negotiating table.

When the airstrip closed down, Kolombi started to face “rural decay.” All the vital government services slowly ceased: the police-post closed down, the kiap left, most health workers left (and all the aid posts shut down), the agriculture extension officer departed, and the community school closed down as the teachers left. Without the presence of a government authority, law and order started to deteriorate.

I was a teenager attending grade six at the community school when the school closed in mid-1996. It was a sad day, not least because my childhood dream of flying in a plane to get to high school, or indeed to be a pilot later in life, was shattered. Since I was in grade six, I was to sit the examinations at the end of that year and then, if I passed, fly to attend high school the following year. I was crushed, but what could I do? I spent the rest of the year with my childhood friends romping in the jungles hunting wild game, swimming in fast-flowing rivers and playing with toy planes.

In March 1997, after waiting for my community school to resume classes for two months, it dawned on me that the airstrip was permanently closed and that no teacher would come again (even though teachers were officially posted by the provincial government). The only option for me to continue my education and fulfill my boyhood dreams was to leave Kolombi and walk a day to get to Porgera.

It was a radical decision to make. I was to leave my family, my relatives, my village, my culture and tradition, my childhood friends, and everything that I knew growing up as a village boy to go to the “unknown” — a totally different setting of a modern, mining township. I wasn’t afraid to make the journey however, as my heart and thoughts were fixated on getting an education. The decision to leave my village and family was mine because my biological father was away in Port Moresby at the time. My mother and the rest of my family agreed, even though they were worried that I was going alone to a totally different place.

I was 13 years old. With my small rucksack of some clothes as my only possession (I didn’t even take any money), I walked for 12 hours with a small group also going to Porgera on a very treacherous bush track through deep gorges, fast-flowing rivers, knee-deep mud, and thick jungles. In bare feet, I walked over sharp stones, slippery rocks and logs, sometimes in drenching rain, and sometimes with an empty stomach. It was dusk when I arrived at Porgera. I was hungry, but I was glad and excited that I had finally made it. I slept in a house where the rest of the travelers stayed for the night. It was indeed a very different setting to my village, and I could confirm the tales I used to hear from those who had been to the mining township before me.

Andrew Anton Mako is a Research Fellow at PNG’s National Research Institute and a Research Associate of the Development Policy Centre.