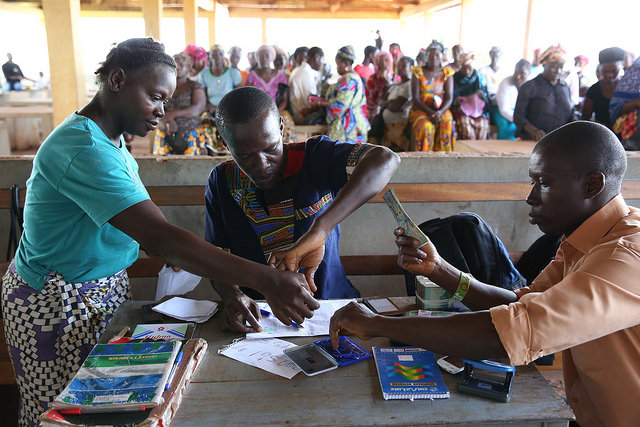 Development policies move faster than ever. Policies devised in Washington can soon shape budgetary practices in Africa, while microcredit programs born in Bangladesh have quickly travelled to the remotest corners of the developing world. What does all this movement mean for the effectiveness of development interventions? In particular, how do policies change as they move from one place to another? Are they successfully adapted to local conditions? And what does the speed of policy transfer mean for addressing the needs of the poor and marginalised?

Fast Policy examines two popular development projects: Conditional Cash Transfers (CCTs; cash transfers that reward predetermined behaviours) and Participatory Budgeting (PB; engaging citizens on budgetary allocations). For Peck and Theodore, CCTs and PB are fertile grounds for investigation as initially they represented two competing approaches to development. They suggest CCTs were born out of neoliberal reformism, while PB is described as a deeply democratic alternative to orthodox development. The book explores how these policies change as they move through the fast policy spin cycle.

The first two chapters outline the difficulties of studying the sprawling network of people and contexts connected to policy decisions. Their methodological approach – framed by the extended case study method (see discussion here [pdf]) – is essentially open-ended, multi-sited ethnography on speed. They sought out ‘multiple sites of adaptation and mutation’ (p. 33) at different scales of policy making and the fast-moving and amorphous policy community that enabled them. To do so they criss-crossed the globe, moving from the refined world of international policy making in cities like New York, to sitting with activists in numerous developing countries. Their methodology is set in opposition to ‘orthodox’ research on policy transfer and diffusion, which assumes that policy makers are rational actors who choose from ideologically neutral ‘best practices’.

The second part of the book focuses on the application and metamorphosis of CCTs, and starts by examining attempts by Michael Bloomberg, then mayor of New York City, to import Mexico’s Oportunidades CCT program in the mid-to-late 2000s. As a rare case of South-North learning, this case demonstrates how far CCTs have travelled.

Although launched to great fanfare, the program was effectively scrapped after the results of a five-year randomised controlled trial (RCT) found the pilot did not live up to expectations. New York’s CCT tied cash payments to education, health, and work outcomes. On the positive side, the RCT found that ‘treatment families’ were significantly less likely to report food insecurity, and experienced a reduction of poverty. There were marginal health and educational improvements. However, because the intervention did not significantly improve employment outcomes, it was considered a failure by senior policy makers. In a similar vein to James Ferguson’s critique of the ‘politics of production’, the authors lament the importance placed on work outcomes over direct poverty alleviation.

The RCT’s findings are also questioned given that it was far from objective or practical. It was rolled out in accordance to the mayor’s political timetable, rather than more practical considerations. The RCT was also extremely expensive: delivering US$14 million of aid cost over US$10 million, with the evaluation costing an additional US$10 million.

The authors also examine the transmutation of CCTs around the globe, highlighting how policies framing these interventions have shifted significantly in different contexts. Peck and Theodore are sceptical of the World Bank’s championing of CCTs through finical incentives and technocratic persuasion. But they argue that CCTs have been adapted by local policy makers to better serve their citizens. This has been achieved by taking a more liberal attitude towards enforcing conditions attached to these transfers.

The third section describes the rise and subsequent ‘hollowing out’ of PB by going back to where it all started: Porto Alegre, Brazil. While PB initially promised a progressive alternative to development by providing citizens with a voice over local budgets, under more conservative Brazilian governments PB has become a shadow of its former self.

The more participatory elements of PB have not travelled well. As PB was incorporated under the international umbrella of ‘good governance’ it became more of a tool of urban management than a prelude to deeper forms of transformative democracy.

While acknowledging that local context can significantly alter the trajectory of policies, the book ultimately argues that fast policy favours ‘the kinds of technocratic strategies pushed by well-resourced multilateral agencies and validated by evaluation science over organically grown, endogenous approaches to policy innovation’ (p. xxxi – xxxii). Which explains the political response to NY City’s RCT, and the ‘hollowing out’ of PB.

The authors make too much of the distinction between conditional and unconditional cash transfers (UCTs), arguing that the former exemplifies the techno-politics of elite development institutions and the latter suggests progressive policy. Although UCTs are relatively new in international policy circles, there is increasing debate about their potential within the elite institutions the authors associate with neoliberalism, and they are being tested by RCTs (for an example see here [pdf]). The authors also make much ado about the dangers of researchers becoming ‘network dopesters’ by becoming dazzled by policy makers’ arguments, and not enough about their own political subjectivities.

Despite these quibbles, Fast Policy is a well-researched and theoretically innovative book that offers a nuanced look at the increasingly complex world of policy making. It is primarily written by and for left-leaning academics interested in researching and theorising development policy. There are numerous lessons for development practitioners and policy makers as well, including critical commentary around RCTs (hopefully, those who read this book will refrain from axiomatically labelling them the ‘gold standard’ for research). Readers should walk away with a greater sense that development policies are both ideologically laden and fragile – move them too quickly and they are likely to break.

Fast Policy: Experimental Statecraft at the Thresholds of Neoliberalism (2015) is available through the University of Minnesota Press.