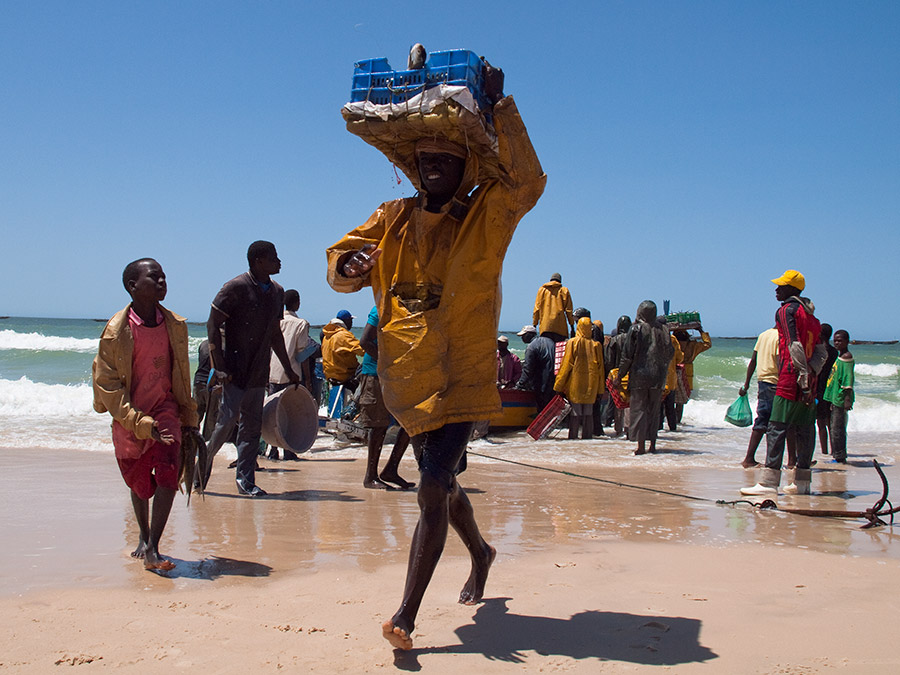 Over the last twenty-odd years, social welfare and protection schemes – ranging from cash transfers to agitations in favour of a universal basic income – have quietly proliferated across much of the global South. Yet the idea of ‘simply’ giving money away still encounters an almost instinctual resistance within mainstream development. After all, just giving poor people money will make them ‘dependent’ – won’t it?

In his latest monograph, Stanford anthropologist James Ferguson challenges us to reconsider assumptions about the unconditional distribution of cash, and the nature of dependence. In development circles, Ferguson is perhaps best known for his critical ethnography The Anti-Politics Machine (1994), which presented an alternative interpretation for how and why many development projects ‘fail’. Give a Man a Fish similarly seeks to reframe conventional wisdom, in this case by identifying and questioning the ‘politics of production’ that underpins much of development.

By ‘politics of production’, Ferguson refers to the idea that one of the chief objectives of development is to bring poor people into productive labour (p. 48). Accordingly, the global South is rife with schemes which seek to provide training and promote education, so that people can acquire the necessary skills to support themselves.

The great, and mostly unacknowledged, tragedy is that this logic assumes that the supply of employment opportunities (whether formal or informal) will naturally expand to meet this newly-created demand. However, as Ferguson illustrates in the context of southern Africa, the demand for labour has failed utterly to keep up. In short: not knowing how to fish is not really the problem here.

In light of increasingly futile efforts to enhance productive capacities that will never lead to sustainable livelihoods, Ferguson argues that engaging with the ‘politics of distribution’ may be a more viable alternative. Indeed, distribution is the foundational logic upon which millions of the poor already rely. Far from being synonymous with ‘handouts’ and ‘laziness’, distribution and dependence are highly structured, ubiquitous, and politically potent social gestures across contemporary southern Africa, and much of the world (p. 59).

This argument is advanced in greatest detail in Chapter 5, which is (particularly to the liberally-inclined reader) perhaps the most thought-provoking of the book. Here, Ferguson draws on historical accounts and anthropological theory on social personhood to explore why the ‘socioeconomic crisis’ facing southern Africa is indeed as much a social crisis as an economic one. Universal basic income grants not only offer a resource – cold hard cash – that can help to alleviate economic suffering, but also signify the recipient as a member of a social group: the nation-state. Through this lens, dependence, ‘that bogey of moralizing social policy’, is ‘not the name of the problem; it is the name of the solution’ (p. 110).

Of course, turning to national citizenship to control access to social support comes with a new set of moral and logistical challenges – a concern to which Ferguson devotes considerable attention in the conclusion. Though his musings around solutions – ‘we need new ways of figuring membership, creating systems of inclusion and obligations that go beyond the abstractions of a global humanity to offer concrete forms of recognition and practical mechanisms of distribution’ (p. 231) – seem distant at best (Ferguson readily admits this), the intellectual arguments for why solutions are necessary feel very timely.

Admittedly, the presentation of these arguments is not quite as smooth as it might be. The chapters, which formed the 2009 Lewis Henry Morgan Lectures, are designed to be readable as stand-alone essays, so there is necessarily some repetition across them. And the writing skews towards the theoretical, at the expense of ethnographic material – including more detail on the case studies, particularly related to existing grant programs in South Africa and Namibia, might have lent the theoretical arguments even more colour.

The book might also have gone further in terms of exploring why it is that employment has stalled so profoundly in southern Africa as compared to, e.g., China or other parts of Asia, though Ferguson does refer repeatedly to Indonesianist Tania Li’s assertion that South and Southeast Asia too are grappling with a growing ‘surplus population’. While a comprehensive, cross-regional labour market analysis is not really within the book’s remit, it seems probable that political leadership (or, in the case of South Africa, lack thereof) in these matters would emerge as a prominent factor in any such comparison.

Similarly, as at least one other reviewer has commented, the implications or opportunities for large businesses inherent in the kinds of expansive social protection schemes in question are left mostly unexamined – curiously so, given the prominence of the private sector in discussions around contemporary development.

But these are relatively minor blemishes on what is otherwise a rigorous and provocative work. Cash transfers, with no (or few) strings attached, are increasingly accepted as an efficient and cost-effective means of fighting poverty. While some readers might be convinced alone by evidence that comes with p-values attached, few books could do a better job of engaging with lingering anxieties about what it might mean to ‘just give money away’ than Give a Man a Fish.

Ferguson, James (2015). Give a Man a Fish: Reflections on the New Politics of Distribution. Durham, NC: Duke University Press.