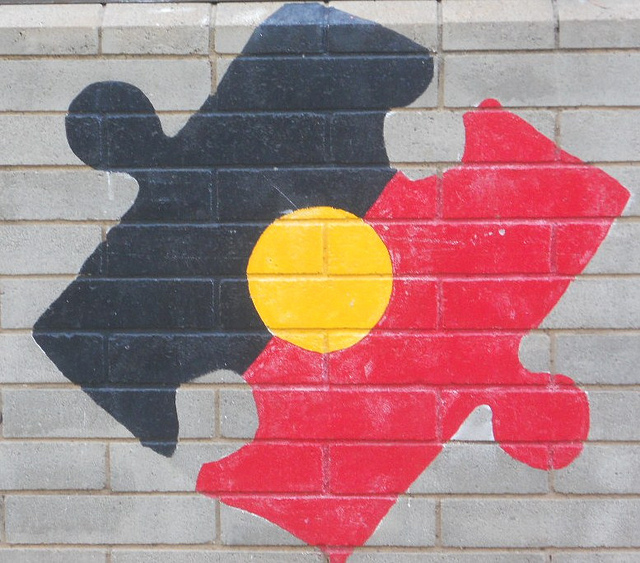 It is no secret that a long succession of Australian governments – federal and state, Liberal and Labor – have struggled to implement effective policies in Indigenous communities. Less well known, even among seasoned researchers, is exactly why this has been (and remains) the case. How is it that a public sector otherwise able to administer billion dollar pension funds; regulate powerful companies; respond admirably to global financial crises; prevent devastating diseases spreading to people, crops and animals; and oversee the safe passage each day of thousands of people flying at high speed in metal tubes kilometres above the ground, is somehow unable to provide even basic housing, education and health care to the original inhabitants of its land? Certainly, compared to most other countries, the problem is not the absence of well-intentioned policies or inadequate financial resources.

Why does a problem that is literally not rocket science or brain surgery routinely stump governments that by most other measures are ostensibly (or at least relatively) ‘world class’? Because of a fundamental mismatch between policy and practice – in this case, between the type of problem that engaging with Indigenous communities represents and the dominant way in which large political bureaucracies are predisposed to act. This mismatch is pervasive across the developing world, where an even larger cast of domestic and foreign bureaucracies – with their corresponding array of imperatives, incentives, interests, ideals and capabilities – interact, often in perilous conditions (think Afghanistan). But it is also a problem that hobbles rich countries, as Facebook founder Mark Zuckerberg recently discovered when his $100m gift to a single disadvantaged school district in New Jersey yielded little more, several years later, than a minor increase in enrolments (or quantity of schooling, not quality). This unhappy tale is documented in Dale Russakoff’s excellent book, The Prize: Who’s In Charge of America’s Schools?

In Australia, perhaps the clearest, most persistent and deeply consequential instance of this policy-practice mismatch can be found in Indigenous communities. In Serious Whitefella Stuff: When solutions became the problem in Indigenous affairs, Mark Moran and his two collaborators provide, in my view, the most insightful account yet given of how and why this mismatch is both so ubiquitous and so impervious to change. All three authors have spent multiple decades living and working in remote northern communities, as representatives of public agencies and charitable organisations, and their accounts are those that could only be provided by seasoned veterans of such searing experiences. There are no simple narratives here of vice trumping virtue, or trite ‘cultural explanations’ of enduring social problems, but rather measured accounts of how good, decent people on both sides of the giving/receiving relationship have tried to make things work, sometimes because of and often despite what the prevailing policy actually claims to be striving for.

Engaging with Indigenous communities, in Australia and elsewhere, is a quintessential example of what social scientists call a wicked problem – by which is meant, of course, not ‘evil’ but deep, enduring complexity. More precisely, wicked problems are those that inherently involve lots of human interaction and considerable discretionary decision-making on the part of front-line implementers (social work is a good example); they often have no known solution up front (or a solution that can only be worked out each time, in each new situation and circumstance), and even when a solution is found it is likely to be resisted, if not actively opposed, by an influential group.

Solutions to wicked problems are context-specific and highly variable across time, groups and space, even when faithfully implemented and politically supported. So, to take just one instructive example from Serious Whitefella Stuff, broad agreement on a policy to grant property rights to Indigenous communities turns out to be great in theory, but diabolically hard to implement. This is not least because property rights are desired and possible in some communities, an utterly alien concept in others (e.g., those committed to communal ownership of land), and in others, desirable but unworkable (e.g., those where overt policies to dismantle communities and then, decades later, reassemble them has completely disrupted a coherent accounting, in both formal records and oral history, of which family lineage has legitimate claim to what land).

Because of these diverse contextual differences, the ‘same’ policy – whether it be in property rights, efforts to revive traditional ceremonies, to centralise or decentralise the layout of communities, to promote school attendance, to address concerns with alcohol and domestic violence – will likely result in everything from tremendous success to outright failure. Yet the underlying reasons for this variation, and the possible learning opportunities it represents, are mostly lost, filtered instead through a single unifying bureaucratic lens back in capital cities, wherein senior political figures will ultimately decide that the policy was categorically good or bad. But because ‘something must be done’, each successive government engages in what Moran astutely calls a four-component process of purging, swinging, mimicry and contradiction: that is, of first declaring the previous policy a failure (no matter what it actually achieved), then layering a vacillating series of instruments and objectives upon one another, often by copying ‘best practices’ from abroad, all of which introduces so many ‘policies’, with so many constituent elements, that, almost inevitably, irreconcilable contradictions emerge, thus making life permanently frustrating for providers and recipients alike.

The delightful Indigenous term for this vexing policy concoction is ‘whitefella stuff’. Could things be otherwise? At one level, the six detailed case studies presented in the book seem frustratingly silent on this point. There is little finger pointing, few searing indictments of overt corruption or mismanagement, and no laundry lists of confident prescriptions for what should be done instead, by whom, now. A lesser book would desperately seek to fill this vacuum. Wisely, Moran and his co-authors do not, letting the reader experience the vacuum for what it is: namely, part of the problem. In the concluding chapter, Moran outlines the contours of an alternative approach, one slowly gaining traction in the international development community, but it surely also has potential resonance in and for Australia.

Serious Whitefella Stuff is ultimately a book about the power of social relationships to engage with wicked problems in ways that are constructive and locally legitimate, even though such relationships themselves are sometimes part of the problem, and even if invoking them may yield priorities and strategies that are administratively alien in Whitefella world. Indeed, successfully brokering across the many ‘worlds’ of Indigenous affairs policy is precisely what constitutes good practice. Respecting the moral integrity of community life, imperfect as it may often be, while simultaneously trying to change it – for example, by providing even minimally adequate housing, education, justice, roads and health care – is the mother of all wicked policy problems. There is no single ‘policy’ solution to such problems; there are only negotiated solutions (plural), and each must be discovered over the course of a long, jointly-undertaken voyage. Getting there, as Moran, his team and the Indigenous communities deftly remind us, requires not just ‘good policy’ in the abstract, but committed, respectful and creative people who are given the time, space, trust and resources to implement it.

As it happens, this lesson is remarkably similar to that from a rather different voyage, as conveyed in the recent movie ‘The Martian’. When astronaut Mark Watney (played by Matt Damon) – initially regarded by his colleagues as rather flakey because he was merely an all-purpose ‘botanist’ – is addressing a new intake of wide-eyed NASA recruits, he is asked how he survived for so long, all alone, on a cold, distant, barren planet. He modesty replies: “You solve one problem. Then you solve the next one. And if you keep solving problems, you get to come home.”

Australian governments and citizens alike would do well to bear that seemingly simple principle in mind as they embark upon yet another round of policy deliberations regarding ‘what should be done’, by whom, to enhance the dignity, integrity and opportunities of Indigenous communities. Building implementation systems focused on solving problems, rather than selling solutions, is the frontier issue in public policy, whether in Australia, the United States, Afghanistan, or even, it seems, Mars.

Michael Woolcock is Lead Social Development Specialist in the Development Research Group at the World Bank, based in Malaysia.

Michael Woolcock is Lead Social Development Specialist in the Development Research Group at the World Bank, based in Malaysia.