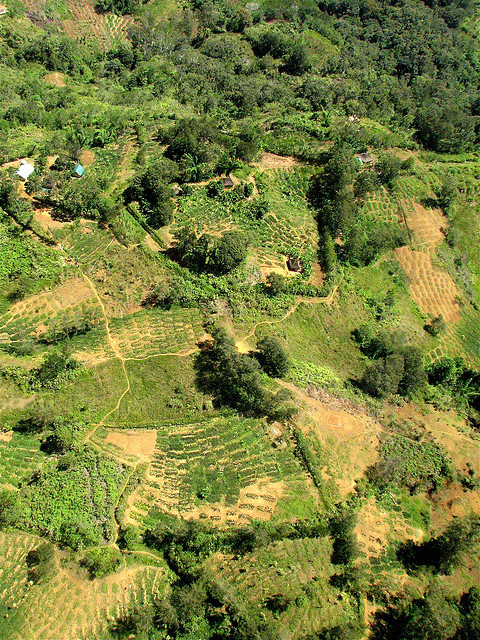 The 2015 El Niño drought in Papua New Guinea (PNG) has few precedents. An effective response needs to account for complex social, political and economic systems in PNG or risk serious implications. Rather than a centrally coordinated national disaster response, the PNG government has decided to provide drought relief through the controversial District Services Improvement Program (DSIP), coordinated by the recently introduced District Development Authorities (DDAs). Drawing on recent fieldwork in three drought-affected districts conducted by the authors, this blog post considers the risks of relying on politically controlled development funds to provide effective drought relief to communities that need it most.

A key lesson [pdf] from the last severe drought in late 1990’s was that remote populations were severely affected and did not receive timely assistance. Rural highlands populations reportedly suffered high death rates, which could be attributed to the impacts of the drought. There are a number of factors that influence the extent to which remote populations are affect by drought – they can be politically marginalised, have low incomes and often have poor access to basic services and direct communication. In addition, the logistical costs to provide relief or support recovery efforts are higher for the most remote and isolated populations. Communities that have greater access to roads and basic services and a stronger political voice are not immune to the effects of drought, and recent experience shows that their needs may be prioritised over the more vulnerable remote populations.

The PNG government has not made any new allocations for drought relief efforts for 2015. Instead, it has allowed DDAs to use K2 million from existing allocations of the DSIP to provide relief [requires log-in]. The appeal of such a response, other than cost savings, is that districts represent the lowest level of bureaucracy in most provinces and should best understand the communities impacted by the drought. However, there are significant challenges to DDAs’ capacities to deliver assistance to those most affected by the drought. The DSIP is a Constituency Development Fund that is controlled by DDAs. DDAs are chaired by the open electorate members of parliament (MPs) and their Boards are often stacked with their political allies to give them more power over the allocation of development projects to their own supporters. District administrators, who are responsible for implementing the decisions of DDAs, are also increasingly becoming political appointees.

When Finance Minister James Marape announced that DDAs would be responsible for drought relief efforts he urged his fellow MPs to ‘leave politics aside’. Based on recent fieldwork, however, it appears doubtful that respective DDAs can remain politically impartial in their implementation of assistance efforts. Key informant interviews, workshops and community focus groups have been conducted with over 200 participants who are either directly engaged in the management of DDAs or should benefit from them.

Our main finding from this fieldwork is that communities that support their local MP have high expectations that they are due to receive DSIP projects based on their political support, whereas other communities that did not support the MP conceded that they fared little chance of receiving projects. This assessment of preferential distribution of services, was also made of disaster relief. At one village, which was not politically aligned with the MP, we were presented with a plaintive letter: ‘The PNG Government are very, very slow and poor in their national disaster relief support. Please help us!’ It was reported that relief supplies had been distributed from the MP’s own village rather than the district station. Residents of other villages had to travel to territory where, a few years earlier, there had been a tribal fight. Once there, they were told ‘this is our turn, you will have yours.’ In the blunt words of a provincial staff member, ‘supply goes to the stronghold’. Such concerns are echoed by the chair of PNG’s National Committee on Drought and Frost Relief, who has warned that the politicisation of drought assistance is more likely to occur at district and local levels rather than at the national and provincial level.

Drought relief at no extra cost?

A fundamental problem with the government’s response to the drought is that it is likely to have little effect and allocates no new funds. DDAs could have previously funded drought assistance through the DSIP, although it is most likely that these funds have already been allocated for other purposes. In 2013, financial instructions were released that stipulated DSIP funds were to be spent in specific proportions across service delivery sectors. These previously strict guidelines were relaxed in 2014, however, after the Department of Finance issued a circular stating that DSIP spending could be more discretionary. Our research has confirmed that DSIP spending is not prioritised according to national guidelines, but, for the most part, according to the decisions taken by DDA boards.

DDA budgets are already overcommitted, a situation that has resulted from the late release of anticipated DSIP funding allocations for 2015. DSIP funding allocations for 2015 were expected to be K15 million per district. Yet, as of November 2015, with two months remaining in the financial year, it was widely reported that districts had only received between K4 and K6 million. The Leader of the Opposition, the Hon. Don Polye, has claimed that DSIP funds would have already been budgeted for other infrastructure priorities and that new allocations were needed for drought relief. This view is supported by our observations during fieldwork.

Do districts have the capacity to provide fair drought relief?

Even if DDAs receive their full DSIP allocations, the capacity of districts to effectively deliver assistance is doubtful. Our research revealed that incomplete projects are becoming the norm. In particular, lack of contractor management raises serious issues about the effectiveness of DSIP expenditure. These findings are similar to previous reports [pdf] from the PNG Auditor-General’s Office, which were highly critical of DSIP and called for it to be abolished. The final report of the Promoting Effective Public Expenditure Project also found many cases of incomplete projects and perceptions of unfair allocations at health clinics and schools.

A coordinated and fair response to drought relief is needed, which is likely to challenge newly established DDAs that are already overcommitted and complaining bitterly about the slow release of funds in 2015. While the 2016 PNG National Budget includes the provision of an additional K50 million for drought assistance and disaster relief, the K2 million per district allocated through DSIP totals K176 million. DDAs are able to ‘allocate’ these funds regardless of the local severity of the drought’s impacts, which poses additional difficulties for the coordination of relief initiatives.

For instance, as a result of shortage of water and supplies, the Simbu Provincial Hospital in Kundiawa limited available services to emergency cases only. The hospital posted a public notice that it would only operate for two days a week and that ‘should the problem of limited water supply continue it would close completely’. It requested financial support from the six MPs in Simbu Province from the DSIP to keep it operational. Coordinating six MPs is not a trivial exercise, and compounding this problem is a serious shortage of basic medicines when they are most needed. The Simbu Hospital CEO was quoted as stating that the ‘Area Medical Store in Mt Hagen and Kundiawa had run out of drugs four months ago’, and as a consequence ‘they have directed medical staff to substitute antibiotics and improvise with whatever was available’.

The politicisation of DSIP spending and the public service through DDAs will make it difficult to ensure drought relief is delivered to communities equally across and within districts. It will mean that the most needy will not necessarily be the most aided. There is little reason to think that MPs will be responsive to the greater needs of isolated, drought-affected populations in marginal areas of their districts, where relief is comparatively more expensive. Finally, it can dissipate resources that must be aggregated to keep critical services operational. Our research echoes the views of many that there are serious causes for concern that a bad situation could be made worse by relying on politically controlled development funds to provide much needed drought relief.

Colin Wiltshire and Thiago Cintra Oppermann are Research Fellows with the State, Society and Governance in Melanesia (SSGM) program at ANU. This post is an extended version of SSGM In-Brief 2015/66.

Thiago Cintra Oppermann is a Research Fellow with the State, Society and Governance in Melanesia (SSGM) program at ANU.