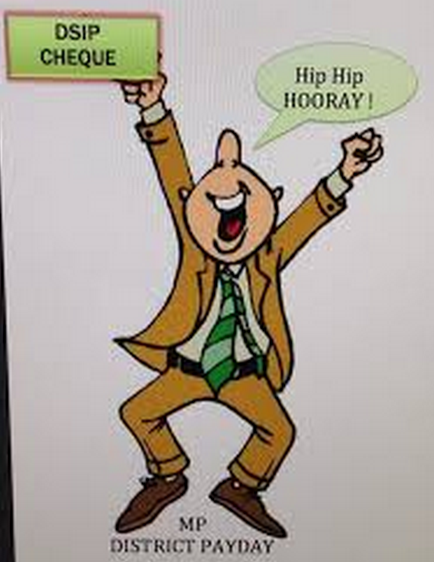 Few people may know that PNG’s current Prime Minister, The Honourable Peter O’Neill, authored an ANU discussion paper [pdf] in 2006 while leader of the opposition. His paper proposed an amendment to the Organic Law on Provincial and Local Level Governments to establish District Authorities across PNG. In late November 2013, O’Neill finally got to present the District Authorities Bill to Parliament as Prime Minister.

The District Authority will replace the increasingly prominent committee with the always convoluted name – Joint District Planning Budget Priorities Committee (JDPBPC). All public servants in the district, including police, teachers and health workers will come under the District Authority, whose CEO will be the District Administrator. The Members of Parliament that represent open district electorates and hold 89 of the 111 seats in the National Parliament, commonly referred to as Open MPs, will be the Chair of their respective District Authority, giving them greater influence over funding allocations and human resources.

Surprisingly, the Bill passed through uncontested 92 votes to zero, with even Governors of Provinces, who represent the other 22 seats, voting for (or at least not voting against) a bill that could potentially undermine their own political influence. O’Neill’s proposed District Authorities will further decentralise governance arrangements to improve the capacity of districts to deliver better public services. This may make sense when considering districts across PNG have received enormous increases in devolved development funds for capital projects in consecutive budgets, even though they lack an administrative structure capable of spending and reporting on it all. District Authorities are likely to give Open MPs greater control in deciding what gets spent and where in their districts.

From transcripts of O’Neill’s recent address to Parliament, his arguments for establishing District Authorities have also stayed the same. Essentially, O’Neill claims that PNG lacks the institutional and human resource capacity to effectively deliver services. Therefore, it must strive for a public sector with management practices purposely fit to the PNG context. O’Neill believes national development programs are not responsive to the needs of the majority of the population in rural areas. Instead, he is a strong advocate for further decentralisation to district and local levels in recognition that development needs across PNG are widely variable. O’Neill’s paper states:

The disparities in affluence, basic life-support services, and essential infrastructure between provinces are criminal.

Mr Speaker in order for the country to continue to grow we must take action to strengthen districts. We must return to the original intention as expressed in the CPC (Constitutional Planning Committee) – we need to bring government to the people and empower people to make decisions for their own future.

There are already two financial reforms that reflect the decentralization of service delivery financing, decision-making and spending in PNG. O’Neill’s speech to Parliament states that:

The first reform, which predates O’Neill, relates to greatly increased operational funding to provinces for activities like health outreach patrols and delivery of materials to schools. These functional grants are released from the national budget to provinces and districts on the basis of need. As a result, most provinces, especially poorer ones with less internal revenue, have received substantial increases of funding to meet their operational requirements for delivering basic services over the last few years.

The second reform relates to devolved development funding for projects. The massive increase in this type of funding was the signature reform of O’Neill’s first (2013) budget. As the PM proudly declared:

Districts have become the center of development financing across PNG with their  key funding and decision-making body, the JDPBPC and soon to be District Authority, firmly in control of spending these increased allocations. The JDPBPC has become critical in funding projects in the Open MP’s name under the controversial and rapidly expanding District Services Improvement Program (DSIP). There have been many critics of DSIP spending through the JDPBPC, who claim these committees are dominated by the Open MPs political interests and used as their personal ‘slush funds’.

Of course, Open MPs strongly disagree with these sentiments and claim the opposite is true, as reflected by O’Neill’s address to Parliament:

Mr Speaker, the JDPBPC has been so successful that it has outgrown its original design.

By law, the JDPPBC is not directly answerable to any level of government. The national government, which funds the DSIP, cannot practically monitor 89 districts and may risk political backlash if it tried. The Prime Minister acknowledged the gap between the legal framework and operational realities:

Mr. Speaker, we all know that in reality the JDPBC is doing far more. It is now involved in the implementation of plans and programs at the district level. We need a proper legal framework for it to operate in.

Replacing the JDPBPC with the District Authority, which will become a Statutory Authority, further legitimises the Open MPs’ control over their districts. All public servants under and including the District Administrator will be accountable first and foremost to the priorities of the District Authority. This is different to current arrangements under the JDPBPC, where Open MPs have to rely on district and provincial administrations to implement their projects. Their projects often compete for priority with increasing provincial budgets that fund service delivery programs. With limited implementation capacity, the projects of District Authorities are likely to be prioritised. This could shift focus away from spending recurrent function grants on basic services in order to implement capital projects decided on by Open MPs.

Funding dedicated to improving service delivery is available in abundance at the district level. However, there is a serious lack of capacity to effectively utilise available funds and decision-making is often politically driven. In comments made  on the 2014 budget last year, the National Economic and Fiscal Commission claimed that less than half of service delivery function grants had been spent with less than a month remaining in the 2013 financial year. On the development side, of the DSIP K10 million allocations, only about K5 million had been released in November 2013. Releasing funding so late in the financial year with a ‘spend it or lose it’ policy, as specified in the 2013 budget instructions, does not build a foundation for promoting effective expenditure. The incentive to spend quickly late in the year can often result in purchasing expensive assets that are easy to procure, such as new 4WD’s, rather than rehabilitating an aid post or teacher’s house.

Given this context, building greater capacity at the district level so more funding can be spent may appear to be the logical next step. However, getting projects finished and launched so the Open MP can cut the ribbon and claim ownership over the project can become the primary motivation. Effectively delivering completed projects serves to consolidate their position of authority in the district, especially if they can choose the communities that receive projects. Considering Open MPs are primarily motivated to be re-elected, District Authorities may help to strengthen existing patronage networks for the Open MP. This can also serve to promote a system of narrowly appropriating private goods to supporter bases as opposed to public goods and services for the whole electorate. It should be acknowledged, however, that there are other Open MPs who may be committed to restoring public services broadly across their electorate and could view the District Authority as a way for them to better represent their constituents.

In time, District Authorities may also seek to control other aspects of the national and provincial budget. This could and perhaps should include recurrent funding for important service delivery activities that may be best allocated to the District Authorities as well. Committing to new capital projects or rehabilitating existing social infrastructure requires an ongoing recurrent component to fund operational expenses. However, too much control over budgets needs to be carefully considered as Open MPs may have their own incentives to favour particular sectors over others. It could be more useful for the Open MP to have the support of the district police station than the health centre when election time comes around. The same could also be said for supporting religious groups in the district that may advocate support to the Open MP amongst their congregation in exchange for project support.

While District Authorities seem to decentralise powers to district and local levels, their creation also centralises power at the national level. Recent media reports suggest that the Prime Minister may be trying to strengthen his parliamentary coalition in asserting control over other Open MPs, particularly the opposition, by withholding their DSIP funding. Prominent opposition MP, the Honourable Samuel Basil, took to social media stating that Open MPs had to line up for their DSIP cheques after they passed the 2014 budget. He posted‘DSIP has allowed the PM to manipulate MPs in parliament… DSIP has replaced without Fear or Favour with Fear and Favour!!!.’ This is not the first time opposition MPs have voiced concerns that they may have received less or late DSIP funding compared to Open MPs in O’Neill’s coalition government. If District Authorities, similar to the JDPBPC, continue to be funded through the national government, the potential for national level politics to impact district allocations may become more prominent in the future.

While the incentives to establish District Authorities seem clear, there are many unanswered questions about how they will work in practice. Simply creating an amendment to the organic law is not enough to increase capacity and control for Open MPs at the district level. Further policy considerations about core funding, human resources, enabling infrastructure, reporting, accountability and relationships with the provincial and local governments still need to be addressed.

O’Neill is personally invested in the District Authorities concept and will further advocate for its implementation in 2014. As Prime Minister, he is also likely to receive strong support from Open MPs in his coalition government, who may welcome greater control and more capacity to initiate their own plans and projects. While District Authorities may help Open MPs to consolidate influence and power across their electorate, pursuing these political objectives may ultimately conflict with the goal of improving broad-based service delivery for the whole district.

Colin Wiltshire is the Devpolicy Program Manager for the PNG Promoting Effective Public Expenditure Project. He is also undertaking a PhD in the State, Society and Governance in Melanesia Program at ANU.