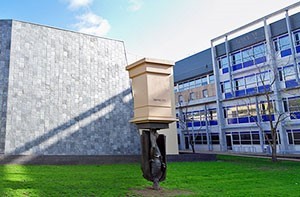 ‘Deviant’ has often been used as a term of abuse, intended to shame and marginalise those who depart from ‘usual or accepted standards’ (Oxford English Dictionary).

However, there is a growing recognition across diverse fields, from medicine to international development, that it can be valuable to examine and understand ‘‘positive deviance’ – uncommon but successful strategies.

The Developmental Leadership Program (DLP) will host its 2016 Annual Conference on 8 February at La Trobe University in Melbourne. Its theme is ‘Power, Politics and Positive Deviance’.

It is pretty obvious why an international research initiative that explores how leadership, power and political processes drive or block successful development would focus on power and politics, but why positive deviance? And what is it anyway?

Perhaps the best known text on this topic is The Power of Positive Deviance by Richard Pascale with Jerry and Monique Sternin. The concept of positive deviance is based, they explain, on the observation that ‘in every community there are certain individuals or groups whose uncommon behaviors and strategies enable them to find better solutions to problems than their peers, while having access to the same resources and facing similar or worse challenges’:

The Positive Deviance approach is an asset-based, problem-solving, and community-driven approach that enables the community to discover these successful behaviours and strategies and develop a plan of action to promote their adoption by all concerned.

They use a number of case studies to illustrate the idea and the processes that underpin it. These include addressing malnutrition in Vietnam, female genital mutilation in Ethiopia, and reducing infections in hospitals.

The concept of positive deviance is based on the evolutionary principles of adaptation, and was inspired by the work of Margaret Zietlin and others on child nutrition. In the last few years, a number of authors working on aid and development issues have also picked up on this notion. Ben Ramalingam, in Aid on the Edge of Chaos, devotes several pages of a chapter on adaptive strategies to the topic of positive deviance. Matt Andrews used it in Explaining Positive Deviance in Public Sector Reforms in Development, in which he seeks to explain the strategies associated with ‘abnormally successful interventions’ in a field where success has generally been limited.

DLP’s own research has often used the notion of positive deviance. Sarah Phillips’ research on Oman and Somaliland explores areas of relative stability in regions where near neighbours are experiencing turmoil, and asks ‘how historical experiences do or don’t chime with contemporary donor practices’. Kate Maclean has analysed how the Colombian city of Medellin went from being the ‘murder capital of the world’ to being the Urban Land Institute’s ‘Innovative City of the Year’, unpacking how power, politics, and coalitions of political actors were galvanised by crisis. And David Hudson and Niheer Dasandi are currently researching the politics of sustained episodes of inequality reduction. Which countries have witnessed the most interesting or important episodes of redistribution? What were the politics behind these episodes?

The 2016 DLP conference will explore and share examples of positive deviance that have helped progressively shift power relations and politics, both in Australia and in the Asia-Pacific. We hope to reach some conclusions about the policy and practice implications for international development agencies, national governments and civil society actors.

At the same time we hope that the framework of positive deviance will inspire debate about how change in the international development sector comes about. Do the mavericks, the rule breakers and iconoclasts have most to teach us? Or, as Michael Woolcock recently noted in his commentary on the Justice for the Poor program at the World Bank, should we merely ask ‘… that the scholarship—the theory and methods—that has long addressed issues pertaining to institutional change be taken seriously?’

We are currently finalising the program, which will include a keynote presentation from Anna Naupa of the Pacific Islands Forum Secretariat, exploring issues of land reform, gender equality, and democratic governance in the Pacific, and sessions focusing on Indigenous Australia; gender issues in the Pacific; the politics of marginalised groups and of people living in poverty; and the politics of peace processes and subsequent reform.

Find out more and register for the conference here.