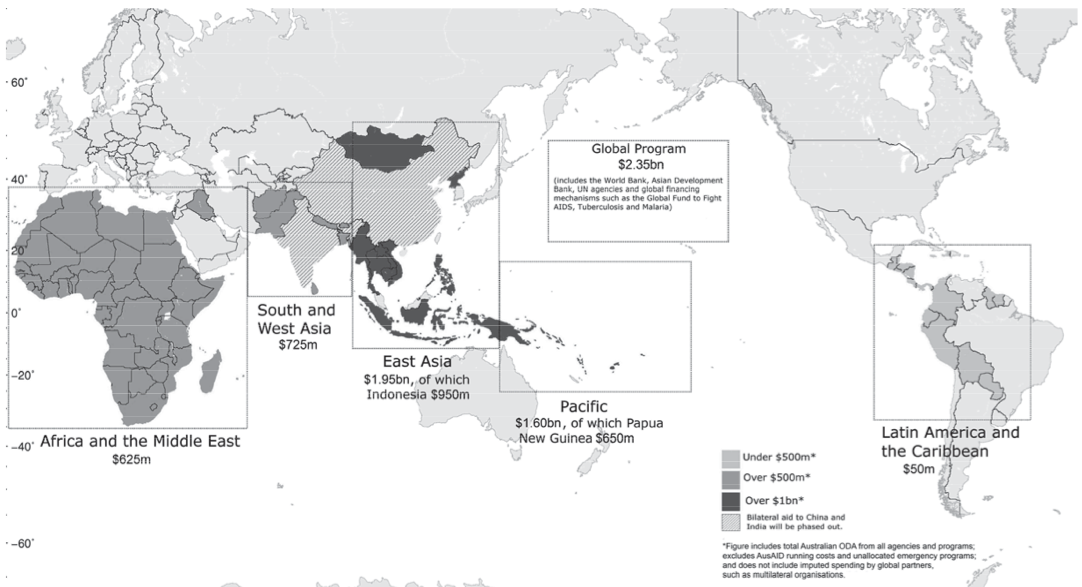 The aid budget largely leaves country allocations unchanged, but there are some important exceptions. In addition, through the new Comprehensive Aid Policy Framework released with the budget, AusAID has for the first time provided regional aid projections four years ahead. These show much bigger changes.

Indicative geographic distribution of the aid program by 2015-16 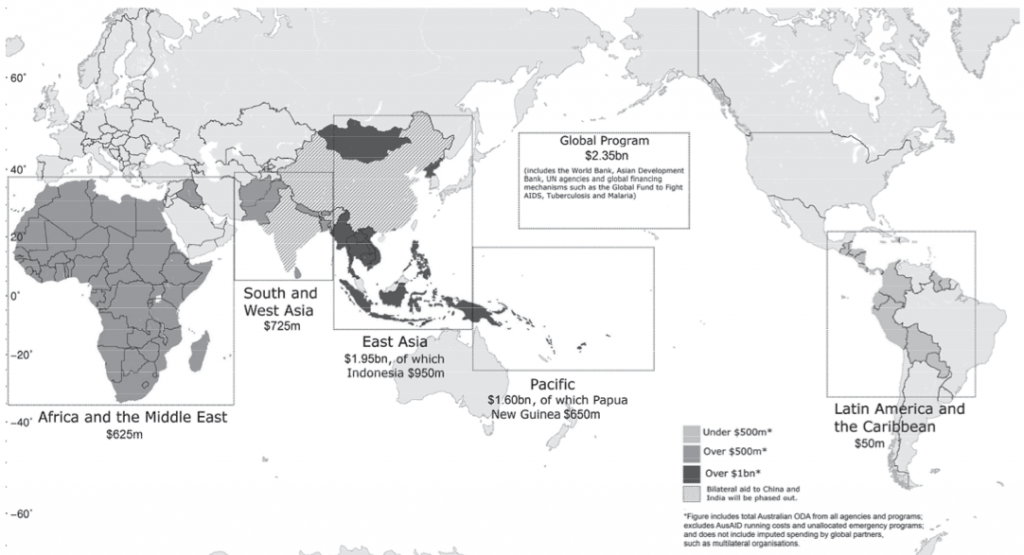 The Pacific islands and PNG

Figures for most countries in the Pacific region have changed very little. Aid to the Solomon Islands will decrease by $23 million, most of the savings for which come from the scale down of RAMSI. Aid flows to PNG also decline, although the decrease is small, with PNG remaining the second biggest recipient of Australian aid. In contrast, two countries whose governments have implemented sound economic reforms – Samoa and Vanuatu – will receive modest increases in development assistance. Microstates also see small increases.

Fiji is the Pacific island country that will receive the biggest increase in aid, both in absolute and percentage terms. Australian aid to Fiji increases from $37.5 million in 2011-12 to $55.6 million in 2012-13, with bilateral assistance to Fiji forecast to double to $36 million in 2013-14 (which excludes aid provided through regional organisations). This is consistent with previous government announcements that aid to Fiji will increase, and represents a softening of Australia’s stance towards the military government (one that has been argued for strongly by a number of prominent Australian academics and think tanks).

Australian aid to East Asia will increase modestly, reaching $1.3 billion (from $1.25 billion in 2011-12). This is set to increase further to $1.95 billion in 2015-16, representing a high growth rate in coming years. Indonesia, East Timor, Vietnam, Cambodia and Laos all receive modest increases in Australian aid. The only country facing a decrease in aid is China: bilateral aid to China will be completely phased out in 2012-13.

Burma receives the largest increase in aid in percentage terms in East Asia. Australian aid to Burma increases to $63.8 million in 2012-13, up from $48.8 million. In his briefing on the Aid Budget, the Director-General of AusAID, Peter Baxter, said that aid to Burma was likely to increase further in the future if the Burmese Government continued to implement reforms.

The budget includes small increases in aid to South and West Asia, which goes from $465 to $533 million in 2012-13. These figures will increase rapidly to $725 million in 2015-16. For this year however, aid to the majority of countries has changed very little. Australian aid flows to Pakistan, Bangladesh, Sri Lanka, Maldives and Bhutan increase by small amounts. In percentage terms, there is a more significant increase in aid to Nepal, while aid to India declines.

Latin America and the Caribbean

Latin America and the Caribbean is the only regional area where Australian aid will not increase in 2012-13: aid is virtually unchanged  at $48 million, and remains at that level out to 2015-16.

Matthew Dornan is a post-doctoral Research Fellow at the Development Policy Centre. This is part of our series on the 2012 aid budget. The other two parts are available here and here.