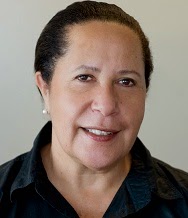 During her first visit to Vanuatu as Secretary General of the Pacific Islands Forum Secretariat (PIFS), Dame Meg Taylor took some time to chat with Tess Newton Cain for Pacific Conversations. You can listen to a podcast of their conversation here and read the transcript here. For the highlights of what they discussed, read on…

I started by asking Dame Meg what she thought were the key objectives for Pacific regionalism in the next few years. She stated that, from the perspective of the PIFS, she saw the future of regionalism as based on the Framework for Pacific Regionalism [pdf], which was adopted by leaders at the 2014 Pacific Islands Forum meeting in Majuro:

…the key emphasis is about changing the paradigm of the way development is done in the region, where the leaders of the Pacific are the ones that make the decision as to what are the regional priorities.

The Secretary General made it clear that she wants to ensure that the Framework for Pacific Regionalism is an impetus for action:

The task that the Pacific Islands Forum has and the CROP agencies will have is to make sure we are implementing that. But right now, it’s rolling out that process, and actually implementing a report that was done in the Pacific rather than shelving it and hoping that somebody will write another one.

In a definitive display of positive thinking, Dame Meg advised me that she did not want to predict obstacles to achieving these objectives. That is not to say that she is unaware of the challenging nature of the endeavour:

I think that grappling with these issues, that’s going to be tougher than we all think. You don’t just pluck a topic out of thin air. We’ve got to make sure that it’s a regional issue, and not a regional issue for some and not for others.

I moved on by asking Dame Meg what she would like the PIFS to look like at the completion of her three-year term. Whilst there is a need for organisational reform, her focus is on the present and the future rather than the past:

I’m looking at an institution that I’ve inherited, end of 2014, now 2015. It’s amazing how dynamics change in this region very quickly, and what we’ve been asked to do in terms of implementation is going to require skill sets that can deliver, be responsive to what the leaders want.

Again, Dame Meg made it clear that she intended to devote the bulk of her time and energy into putting the decisions of Pacific leaders into action:

…my main focus in terms of institutional outcome is to ensure that the Pacific Framework is truly implemented and accepted, not just by the leadership and the CROP agencies, but by the donor agencies. That when the leaders of the Pacific say “these are the four priorities for the issues in the region”, that donor agencies get behind it.

Dame Meg was very candid in her acknowledgement of concerns within the region about the relevance of the PIF and its secretariat, but she is very clear that the PIF has an important role to play within the wider context of regionalism:

There’s a debate that the Pacific Islands Forum is becoming irrelevant, that it’s not needed. I want to be able to assure the people of the Pacific, because when they were asked by Sir Mekere about regionalism they responded that they needed a regional organisation that represented their countries. And the Pacific Islands Forum is one that represents the independent states of the Pacific. And that’s a very precious mandate for me. And we’ve got to make sure that it is protected but also effective.

When Dame Meg was appointed to the position of Secretary General, much was made of the fact that she is the first woman to have held that position. I asked her what she thought was needed in order to support professional women to take on positions of regional leadership in the Pacific. Her response was incisive:

I think we’ve got to be supported by our own gender and supported by men in our communities for the intelligence and the contribution that we can make as individuals… I’ve heard this from young women in PNG, that some of the areas that they feel they can’t make progress is because many of us who are the older women are making sure that they don’t have those opportunities.

Dame Meg advised me that she hopes to draw on her experience of mentoring young professional women within the World Bank Group to do the same whilst she is Secretary General of the PIFS.

Returning to regionalism, I asked Dame Meg for her assessment of the regional and sub-regional landscape as it currently stands, and how she thought it might evolve in the future. She was particularly keen to discuss the opportunities offered by sub-regionalism further to her meeting with the Melanesian Spearhead Group Secretariat:

Dame Meg Taylor has taken on an important and challenging role. The next three years will be very busy for her and the organisation she leads.