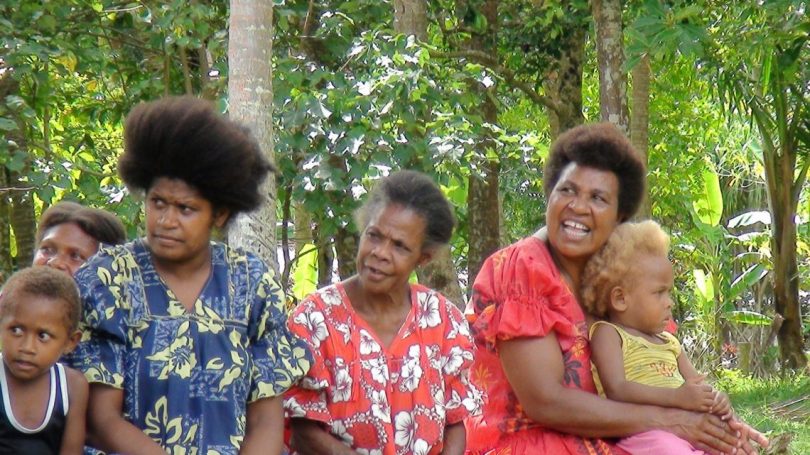 Vanuatu is one of the three countries in the Pacific (and in the world) with no women in their national parliament. Since independence in 1980, just five women have been elected to the 52-seat legislature. The last two elections, in 2012 and 2016, have seen no successful women candidates.

Temporary special measures (TSM), or gender quotas, are one potential method to increase women’s representation in politics. These are not new to Vanuatu – a 2013 amendment to the Municipalities Act introduced TSM on the municipal council of Port Vila, with five council seats reserved for women, and subsequently four seats were reserved for women on the Luganville municipal council. The successful implementation of TSM at the municipal level in Vanuatu was driven by the efforts of the Women in Shared Decision-Making (WiSDM) coalition.

Building on the successful implementation of TSM at the municipal level, campaigns for TSM at the provincial and national level have been attempted. Most recently, the ‘Vot Woman’ campaign held a march in Port Vila and presented a 328-signature petition to parliamentarians calling for TSM to ensure 50 per cent women’s representation in Parliament.

This campaign has prompted some backlash in Vanuatu. Commentators on social media have criticised what they view as a foreign-imposed agenda. This has been reinforced by public statements from a group of four prominent ni-Vanuatu women, who stated their opposition to the proposed 50 per cent quota and suggested international organisations were interfering in Vanuatu politics. In the Vanuatu Daily Post, Minister of Internal Affairs Andrew Napuat stated, “Oxfam has stepped out of its boundary by interfering with political affairs of this nation … everybody knows that the issue was initiated by a NGO.” Speaking at the ANU on 6 November, Minister Napuat called for a wider, more consultative national process before putting national-level TSM on the political agenda.

In these responses we see the tension between, on the one hand, local and national politics and, on the other, what is seen as an international agenda. International norms of gender equality, entrenched in documents such as the Convention on the Elimination of All Forms of Discrimination against Women (CEDAW) – ratified by Vanuatu in 1995 – are seen as useful tools for local activists in advocating women’s rights issues, but they can sit uneasily with local conceptions of gender norms and relations. Cultural and religious norms have been used to exclude women from politics and the public sphere, to such an extent that efforts to stake a claim for women’s political participation, even those that are locally instigated and led, can be reflexively seen as a foreign idea.

This is made more complicated by the reliance of many women’s groups on donor funds to carry out programs and activities, which opens them up to accusations of being proxies for foreign agendas. This is true not just for advocacy on women’s participation in politics, but in work on women’s rights more broadly. Margaret Jolly, in her work on domestic violence advocacy in Vanuatu, describes, “a political process whereby having powerful foreigners as allies risks alienating the very local men they are trying to influence and to change.”

Accusations of foreign interference in TSM campaigns is hardly unique to Vanuatu. In Samoa, members of the opposition claimed the government was pressured by the United Nations to introduce their ‘10 per cent law’ to ensure a minimum level of women’s representation in parliament. In introducing a private member’s bill to create reserved seats for women in the Papua New Guinea Parliament, Dame Carol Kidu was accused by a fellow MP of being “a pawn of AusAID”.

Critics of TSM proposals raise real and important concerns about the viability and relevance of such systems in Pacific political contexts. Yet the frequency with which the ‘foreign influence’ argument is raised leads to the question of which ‘foreign’ norms are localised and which are not. Christianity, for example, is a non-indigenous concept that has been thoroughly localised in many Pacific cultures. Constitutional and parliamentary systems of governance are also concepts introduced from outside the region. It seems that issues related to women’s rights face particular resistance.

Localising norms of gender equality is a continued struggle for women’s rights activists in Vanuatu. The ‘Vot Woman’ campaign’s goals are ambitious – as Minister for Foreign Affairs Ralph Regenvanu noted, introducing TSM at the national level in Vanuatu would require the support of two-thirds of Parliament and public endorsement through a referendum process. While there are challenges ahead, the campaign has already succeeded in prompting a public debate on women’s parliamentary representation. Whether this will translate into women’s electoral success in the 2020 polls, or TSM reform in the future, remains to be seen.