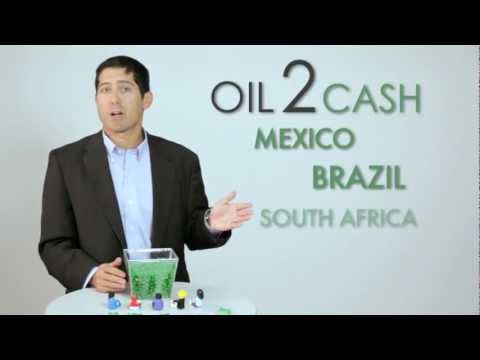 The idea of reversing or avoiding the so-called ‘resource curse’ by directly transferring resource revenues to citizens is gaining traction in policy circles around the world. In this post, I explain why I think such transfers should be primarily seen as a broader political tool to deliver good policy, rather than a stand‑alone panacea or the ‘best practice’ approach to managing natural resource wealth. Critical elements appear to be missing from most existing and proposed resource-related direct dividend payments (DDP) schemes, but this need not be the case. I focus on the Center for Global Development’s (CGD) clear and compelling ‘Oil‑to‑Cash’ proposal, but my thoughts apply more broadly to other resource-related direct transfer models.

CGD’s ‘Oil-to-Cash’ proposal is summarised as:

Putting these two trends—a greater understanding of the resource curse and growing innovation with cash transfers—together in a new model for natural resource management in resource-rich, poorly governed states: give the revenues to citizens in a regular, universal, and unconditional cash transfer. Rather than put the funds in the budget (and hope that they trickle down to the people) or into a savings fund (and hope they are used widely in the future), this would put the cash directly into the hands of the people.

Firstly, let’s be clear that this approach is not only applicable for resource‑rich, poorly governed states. Resource sector interest groups—whether government or private sector—are formidable forces that protect their rents at virtually all costs, in countries of all income levels. Failed attempts to implement resource rent-related reforms for Australian on‑shore assets (most recently with the repealed Minerals Resource Rent Tax (MRRT)) are but one example, and a stark contrast to the Alaskan Permanent Fund, whose success has been largely attributed to the politics of the dividend-based design.

Secondly, I agree with the four rationales in the CGD proposal, and cannot fault their rebuttals to possible objections. I will not repeat them here. Rather, I’ll focus on what I see as a slight conceptual gap in this discussion—deliberate or intentional—related to more basic principles of managing resource wealth.

Back to basics: five key criteria for managing resource wealth

Here I lean on the shoulders of a true giant in this area, Professor Max Corden (one of the two eminent Australian economists that my Department at ANU is named after), reflecting on a discussion we had when he visited the ANU a few months back. The repeal of Australia’s MRRT and the debates around Papua New Guinea’s (PNG) sovereign wealth fund (SWF) got me thinking about whether a DDP-type model might be a better way forward: in Australia, to neutralize some of the toxic politics of resource reform; and in PNG, for the governance reasons outlined in the CGD paper. I was keen to hear Max’s views on the idea. He was not familiar with the proposal, but immediately took me back to ‘first principles’ and quickly distilled a burgeoning academic and policy literature and debate into three simple and important points. He suggested to me that whatever this new dividend is, it should probably do three things:

These three basic goals are uncontroversial and hearing it come from Max made me realise that these principles should remain key considerations when thinking about and designing new resource policies. But, I’ll add two other points to Max’s list:

There is certainly a trade-off between these five goals, and historically they have been difficult to align. For example, a mining tax or royalty does little to strengthen accountability, give citizens agency over the fruits of a boom, or offset any Dutch disease effects. Likewise, SWFs typically do not benefit the existing generation directly, except through indirect economic benefits and perhaps through government spending.

How do DDPs measure up against these five criteria?

As a proposal for managing resource wealth, DDPs should still be considered against these five criteria. We know that the DDP proposal scores highly against the fifth criterion (politics), but what about the other four?

The DDP idea is strong and good policy: politically powerful, and immensely flexible. But I am not as quick as its authors to (perhaps implicitly) rule out other options around its design.

For example, a SWF could certainly be used with the DDPs (as it is in Alaska) to sterilize the Dutch disease, generate reserves to buffer the economy from volatility, and to share resources with future generations. Countries currently distributing pro‑cyclical dividends could quite easily reverse this trend. In low income countries, countries with high inequality, or countries with high poverty rates, it may be better not to distribute an equal amount to everyone, or even to cover everyone. Lastly and on a less optimistic note, there are still some clear shortfalls that need to be addressed. In particular, a robust and sustainable policy where every citizen directly benefits from extracting fossil fuels might be very dangerous climate policy and require a lot more thought and open policy debate.

My punchlines are as follows:

Ryan Edwards is a PhD Scholar in the Arndt-Corden Department of Economics and the Crawford School of Public Policy, ANU. He tweets at @ryanbedwards

[1] The Dutch disease can occur when increased resource exports generate large balance of payments surpluses; this appreciates the real exchange rate and increases relative prices for non-tradable inputs to other sectors. When these exchange rate and price effects are coupled with higher demand from a mining boom, other trade-exposed sectors are less competitive and often permanently displaced.