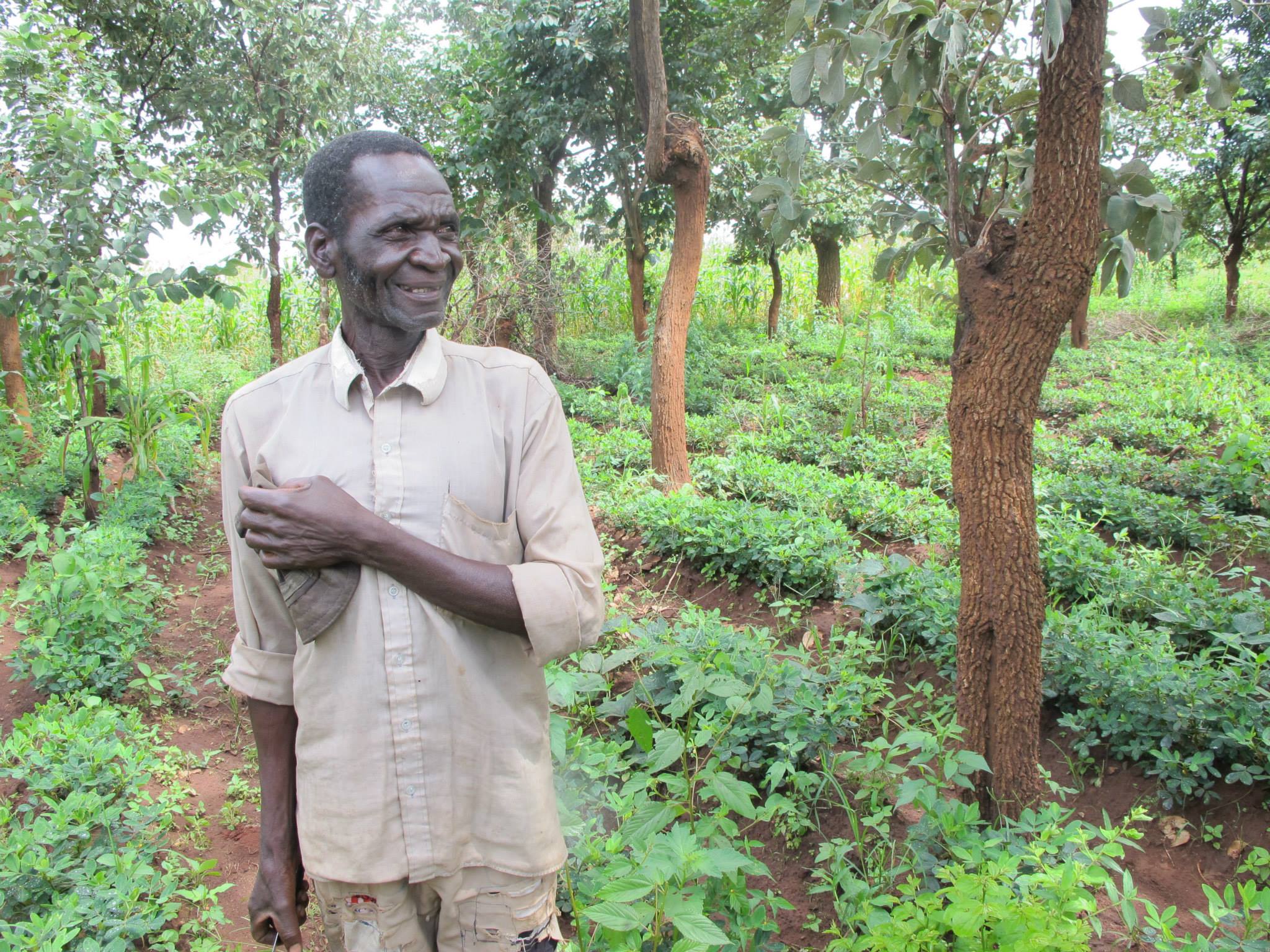 Throughout East Africa immense tracts of farmland, grazing lands and forests have become degraded to the point they are barely productive. Where this land was once able to produce nutritious food, trees for firewood and grass for livestock, it is now unable to provide these resources for the community. This has an extremely detrimental effect on subsistence farmers, who make up to 70-80% of the population in many African countries. Subsistence farmers rely on their ability to grow enough food to feed their families. Without fertile land they cannot do this. They regularly suffer from hunger, malnutrition and even famine as a consequence.

To address these issues the Australian Department of Foreign Affairs and Trade (DFAT) and World Vision Australia jointly funded a five year project, ‘Farmer Managed Natural Regeneration (FMNR) for East Africa’, in October 2012. The project sought to improve food security and climate resilience for farming households in between two and four districts in each of four East African countries – Kenya, Rwanda, Tanzania and Uganda. The project officially began in 2013.

Farmer Managed Natural Regeneration (FMNR) has been at the forefront of much of World Vision’s activities in Africa and other parts of the world. FMNR is a low-cost, sustainable land regeneration system that can be used to rapidly return degraded croplands and grazing lands to productivity. At its core, FMNR is based on regenerating living tree stumps, which are re-shooting, by practicing selective pruning to foster the growth of certain small shoots into an established tree. These trees are mostly indigenous trees which are best suited to the local environment.

The second, equally important, element of FMNR is that of community engagement. FMNR works best when people teach each other and practice. The tools for FMNR, machetes or knives, are available in most farming households so the only external inputs required are training and support. Although a formal cost-benefit analysis wasn’t conducted for this project, a social return on investment analysis for a similar project in Senegal indicated a return on investment ratio of 6:1 by the end of the project, 17:1 four years after the project, and 43:1 ten years after project closure. FMNR is therefore a very cost-effective practice. The benefits from FMNR include improved biodiversity, resilience to severe weather events, enhanced soil fertility and water retention; increased production of crops, animal fodder, firewood and other timber products; and strengthened income and food security.

In March of this year we completed an evaluation of the first three years of project implementation. Through the hundreds of training sessions and workshops provided by World Vision staff there are currently 82,420 farmers practicing FMNR across the four countries. To further ensure the project’s sustainability there has been a concerted effort to train community members to become FMNR extension agents. These extension agents provide training and support to their fellow community members, without the need to call on World Vision staff. There are currently 1244 active FMNR champions, 580 (47%) of whom are women.

Through the practice of FMNR this project hoped to see a significant increase in tree density and we have been amazed by the results. In Kenya there were only nine trees per acres on project land in 2013, but at the start of 2016 there were 30 trees per acre – more than triple. In Rwanda the project land had gone from 11 trees per acre to 80. In Tanzania the average number of trees allowed to grow on land over the last three years was three per acre, which had significantly increased from only 0.7 trees per acre in 2013. In Uganda tree cover had increased by 50% since the start of the project. This is a huge increase in tree coverage over such a short time (and, to our knowledge, not one that can be attributed to any general increase in tree density across the project countries).

One of the primary benefits of increased tree density is the increased availability of firewood. As trees are pruned and managed they grow quicker, and excess branches and shoots become more abundant. In Kenya the majority of the households (91%) reported sourcing firewood from their own land, a significant increase on 76% in 2013. In Rwanda 57% of respondents affirmed that time collecting firewood has been reduced in the last three years. In Tanzania 26% of respondents reported that firewood collection time had decreased; this number is lower because of the preference to source firewood from community forests in Tanzania (which are more abundant than in the other three countries). In Uganda 61% of participants were able to source firewood from their own land, a huge increase from 5% in 2013.

Increased availability of firewood, and decreased firewood collection time, also has positive gender effects. Women are overwhelmingly the primary collectors of firewood in all four countries, and in some cases would spend over four hours per day in search of fuel prior to the introduction of FMNR. This is time that could be spent with children or pursuing other activities, including income-generation. When it comes to children, it is girls who are usually asked to collect firewood over boys. This is time that could otherwise be spent attending school or doing homework. This project has increased the availability of firewood and given women and girls time in their day back.

There are also already some results which indicate the effects FMNR can have on food security and income generation. In Kenya 44% of the respondents reported an increase in crop yield as a result of growing crops with trees and in Uganda 69% of respondents reported that crop yield had increased as result of growing trees and crops on farmland, as compared to baseline measurements. Furthermore in Uganda 53% of the households reported receiving income from trees. In 2013 less than 5% of households in Kibaale, Uganda reported that they were earning income from tree products.

It is clear that many of the benefits of FMNR are already being realised by East African communities. The communities in the four countries included in this project are able to access training on FMNR, and many of them are actively implementing and promoting FMNR. This is demonstrated by the huge increase in tree cover. The increased availability of firewood has positive outcomes for women and overall household wellbeing. Secondary benefits such as increased crop yields and diversified income sources are already beginning to be realised in Kenya and Uganda, and as the project continues we expect to see more communities experiencing these benefits.