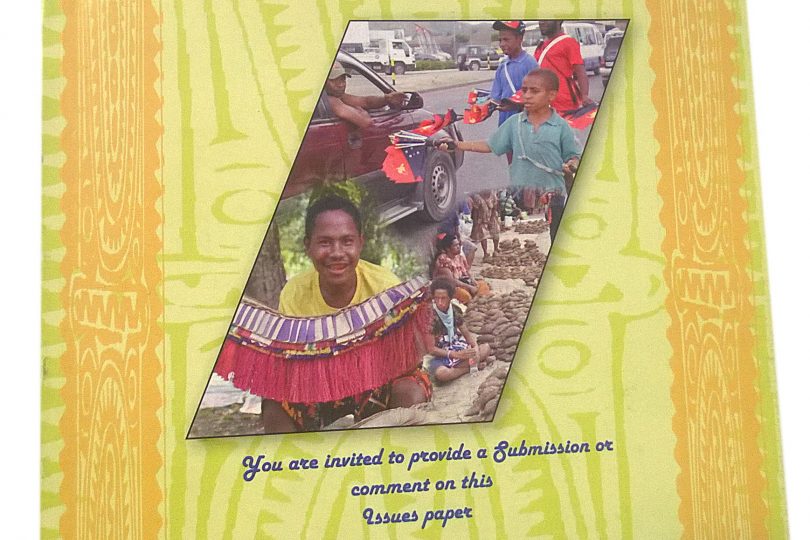 The Informal Sector Development and Control Act of 2004 was first introduced on the floor of Parliament as a private member’s Bill by former Minister for Community Development, Youth, Sports and Religion, Dame Carol Kidu. The Bill was a direct response to the need to protect the many unemployed citizens in the National Capital District Commission (NCDC) and throughout the country engaged in the informal economy who were constantly been harassed by the police and local authorities. More and more people in urban centers were resorting to the informal economy to sustain their livelihoods as employment opportunities became scarce. A comprehensive study commissioned by the CIMC Informal Economy Sectoral Committee in 1999 strongly recommended that a law to be put in place to support informal economy development in the country. The Informal Sector Development & Control Act was regarded as a landmark achievement.

On the 1 May 2012, while the country’s political future was in turmoil, Hon. Allan Marat (then Minister for Justice & Attorney General) directed the Constitutional Law Reform Commission (CLRC) to review the Act.

The Review’s Issues Paper found that the Informal Sector Development & Control Act was poorly implemented and enforced. Lack of understanding of roles both by administering authorities and informal business operators, lack of awareness on the part of the government and informal business operators, and lack of funding, were highlighted as some of the key reasons for this.

During the consultations it was found that the majority of stakeholders do not want the law to be done away with, but improved. As a result of the review, CLRC put together a very dynamic and progressive revised Bill, including a new provision (Section 17A) for the establishment of “Informal Economy Committees”. The composition of the committee is made explicit to avoid political interference in the appointment process.  By giving voice to the informal economy, Section 17A would facilitate the implementation of the proposed Informal Economy Voice Strategy , and place PNG well ahead of other countries in the world in giving voice and recognition to its informal economy.

A report accompanied the draft Bill. It proposed that Provincial Governments should enact their own informal economy laws (consistent with national laws and policies) suited to their respective provinces, taking into account the types of goods and services that exist in their provinces and the rural and urban sectors.

The proposed amendments and recommendations bode well for the informal economy and its millions of participants. However, the report has never been presented, and the Bill not tabled. The long delays are frustrating, not least for political leaders both active and retired, particularly Hon Allan Marat – the instigator of the review – and Dame Carol Kidu – the sponsor of the original Act. The former has a wonderful opportunity to bring the review to a successful and fitting end now that he is one of the Commissioners of the CLRC. As such, he is in a position to rally the other members of the Commission to endorse the Bill and its accompanying report and direct the CLRC Secretariat to quickly submit these documents to the Minister for Justice and Attorney General for consideration by National Executive Council (NEC).

Political support for the informal economy is growing. The government’s political manifesto Alotau Accord 2 called for the conduct of a “comprehensive study on the informal economy”. An Informal Economy Section has been established within the Department for Community Development and Religion to spearhead key initiatives and reforms around the informal economy. A number of politicians have made strong statements of support, including Hon. John Kaupa (Minister for Housing & Urbanisation), Hon John Rosso (Member for Lae Open) and Hon Joseph Lelang (Member for Kandrian Gloucester). It is certain that there are many politicians who would be eager to support the report and Bill once it is tabled in Parliament. At the grassroots level, millions of Papua New Guineans are waiting for the government – so far endlessly – to give them and their families a chance to make their mark in the nation’s development.