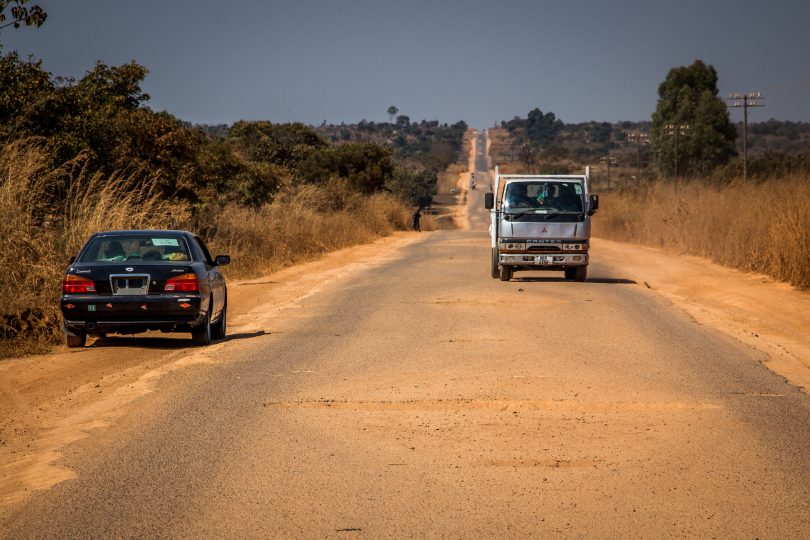 Regular scheduled maintenance is crucial for deriving the maximum return from all infrastructure investment, and in no sector does this hold more true than in roads. Road construction has been a central component of development strategy and programming around the world for more than sixty years. Roads are not cheap. Between 2012 and 2016 the World Bank loaned US$28 billion for the transportation sector (primarily roads).

Why is the maintenance bill for roads so high? A major reason for the rapid deterioration in the condition of roads is weather exposure, particularly extreme or severe weather events. Torrential rain in tropical regions takes a massive toll on roads, while mountain regions are subject to extremes of heat and cold and rock falls, necessitating costly annual maintenance. Corruption can also play a part since short cuts in both construction and maintenance undermine quality (and divert significant amounts of money into unscrupulous hands). Political interference can also be factor; it has been pointed out that new highways have greater visibility and political impact than maintenance programs.

Yet another key reason is the pressure on government expenditure. Funds allocated to maintenance can easily be reduced or withheld to meet pressing needs elsewhere. This is tempting because in the first or even second year the condition of roads does not appear to untutored eyes to have been affected by neglect, but in fact the cost of maintenance escalates rapidly after completion of construction.

Ordinary wear and tear is relatively easy and cheap to repair, but if long term neglect results in damage to the underlying pavement, reconstruction will be very expensive. Neglect of between five and ten years can well force maintenance costs up to the equivalent of new construction. The World Bank estimated that the value of the roads asset stock in Africa deteriorated by $45 billion during the 1970s and 1980s, although this could have been avoided with maintenance expenditure of only $12 billion. Maintenance neglect therefore represents a huge, partially unseen waste of development funds.

One of the reasons for the recurrent neglect of maintenance in the roads sector is that the process of asset deterioration happens gradually. In most infrastructure sectors (such as energy, water supply or telecommunications) prolonged neglect of maintenance will eventually produce systems failure. Power plants will no longer produce electricity, water supply will be interrupted, telecommunications networks will break down, resulting in an emergency and a consequent political backlash. Yet the roads sector is remarkably resilient in the face of inadequate maintenance. Interruption of road services is normally caused by weather events such as landslides, floods washing away surfaces or bridges, earthquake damage or the like. Longstanding neglect of maintenance will generally result in a gradual deterioration of the road surfaces, increasing numbers of potholes and fissures and crumbling edges. Nevertheless, somehow traffic will continue to function until the road becomes impassable, although the time and therefore cost of passenger travel or freight will grow and vehicle repair costs will increase due to damage. The maintenance cost of the roads is therefore shifted to the owners and managers of the vehicle fleet. The people affected will grumble and curse, but somehow they will continue to make the system work. The savings in time and vehicle fleet durability, along with increased access to markets and services, constitute the bulk of the economic benefits derived from roads investment. Yet if roads are allowed to deteriorate, the benefits of the investment disappear with them.

Though funding agencies have long sought to make support for maintenance programs a cornerstone of highways financing, maintenance remains one of the weak points of this sector. Measuring the effect of lack of maintenance is complex and depends on a range of factors, including the age of the asset, the original asset quality, and the volume, profile and rate of growth of traffic. However, the World Bank has estimated that the extra cost caused by insufficient maintenance is in the order of 1% of GDP. Investment in additional maintenance typically generates an annualised cost/benefit ratio of between 1.4% and 44%.

Capacity building of state highways agencies is normally a feature of major roads programs, so the technical skills necessary to plan and manage maintenance schedules should at least in part already exist. Nevertheless, there are a number of additional steps that could be taken to encourage or compel closer adherence to schedules. In cases where countries do not meet the criteria for soft loan financing, the maintenance component could perhaps be funded on this basis rather than as hard loans to make maintenance more affordable. Indeed, there is a broader case for the availability of soft loan financing being determined by the use of the funds rather than the per capita income of the borrowing nation. An audit of maintenance support for previous roads investment could be made a condition of new project funding with any necessary remediation measures linked to the release of the new funding package and costs met from this budget.

As with so many aspects of development, road maintenance is not just about roads. It is also part of the process of creating a culture of preventative measures in such diverse sectors as health care, disaster preparation and infrastructure to enhance the efficiency of the investment. Yet this is unlikely to happen through policy dialogue alone. Without financial incentives, beleaguered highways agencies throughout the developing world (and beyond) will be unable to resist the claims of more pressing demands on their current budgets, despite the even greater pressures this will inevitably place on future budgets.

Perhaps the most disturbing dimension of this dilemma is that after more than sixty years of intensive engagement with the highways sector, the development community is still struggling with one of the most basic determinants of investment effectiveness. In a policy environment dominated by innovation, impact assessment, lessons learned and value for money, this is a deeply sad reflection.

David Guy is a development economist. He previously worked as a market analyst with SMEC and as a business development manager for ANU Enterprise.