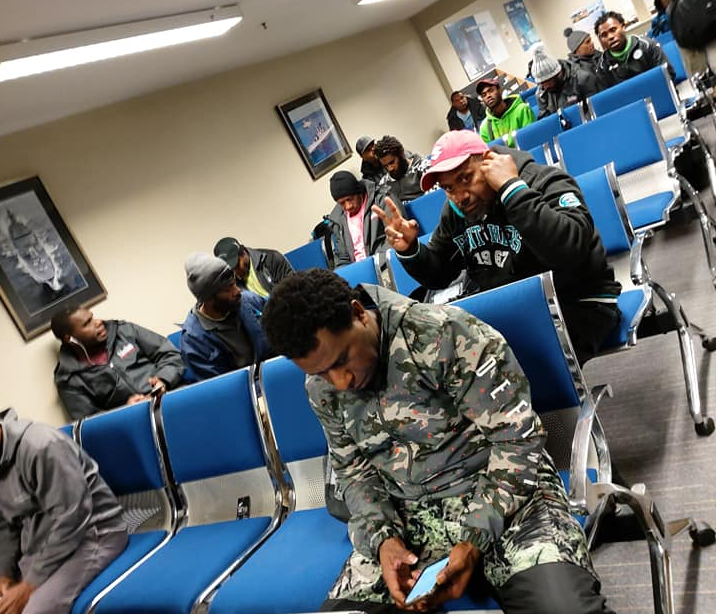 As New Zealand has relaxed its COVID-19 restrictions, attention has turned to getting several thousand Recognised Seasonal Employer (RSE) scheme workers, many of whom have been in the country for more than nine months, back home to their families and communities in the Pacific. The New Zealand Ministry of Foreign Affairs and Trade (MFAT) has taken the lead, in close collaboration with RSE employers, industry groups and Pacific governments.

With Pacific borders remaining closed and very few commercial flights available, worker repatriations are a highly complex task. RSE worker returns are being prioritised based on need, and first priority is given to those with an urgent or compassionate reason to return to the Pacific (e.g. for family issues or bereavement, or serious health concerns). RSE workers without employment, and where no ongoing work is readily available, are the second priority, followed by those with limited work.

In late June the New Zealand Air Force assisted with the repatriation of over 1,000 ni-Vanuatu workers in what was considered to be the biggest international airlift out of the country in 25 years. The cost of the operation was borne by the New Zealand Government. A second round of repatriations for ni-Vanuatu workers is scheduled for August via commercial pathways. A small number of RSE workers from PNG, the Solomon Islands and Fiji (a total of around 150 workers) have also returned home, but it is unclear when more will be repatriated due to the lack of direct commercial flights to those countries.

Over 2,000 Samoan RSE workers and more than 1,500 Tongan workers remain in New Zealand. Not all of these workers are due to return home, some were employed for winter work, but around 600 Samoans and 550 Tongans have been prioritised for repatriation due to personal reasons or a lack of work. For the approximately 150 I-Kiribati RSE workers in the country, there are no commercial pathways back to Kiribati until at least the end of July.

Some of the biggest logistical and operational challenges with repatriations are at the Pacific end. Pacific countries cannot afford to introduce a COVID-19 case and risk an outbreak, so strict processes must be in place to quarantine workers on arrival. But many countries lack the infrastructure, systems and processes to handle the arrival of large numbers of returning RSE workers (and other nationals) who must be kept in quarantine for anywhere between 14 and 28 days.

Variations in pre-departure and on-arrival requirements across Pacific countries adds to the complexities of trying to get workers home. Then there are the medical and travel costs. For those Pacific countries requiring workers to provide a negative COVID-19 test result, NZ$200–$400 must be paid by the worker for the test. This is a significant cost for workers, and may be only one part of their overall travel costs if they are returning home on commercial airlines or charter flights. Return travel costs is a grey area and one that requires close scrutiny.

Under RSE scheme regulations, employers and workers are required to split the workers’ return airfare costs to New Zealand 50/50 each season. In the vast majority of cases, RSE employers pay for workers’ flights upfront, prior to their arrival in the country, and then recover the worker’s half share via deductions from their wages. For RSE workers currently in New Zealand, their half share of the original return airfare has already been paid. However, it is unclear whether RSE employers have credits from Air New Zealand or other regional Pacific airlines for return flights that have already been purchased, or whether new tickets will be required for workers. If there are credits, then presumably workers will only pay their share of a fare difference, if applicable. Workers should not be required to pay for another half share of an airfare. This would be particularly problematic for those workers who presently have little or no work.

There are also challenges ahead for the next season. Once RSE workers finally return home, the next big challenge for RSE employers will be getting their Pacific workers back again by the start of the season in October. Managing growers’ seasonal labour needs for the upcoming season is going to be a complex task, particularly in regions where backpackers and other temporary foreign workers usually make up a sizeable component of the seasonal workforce, but are unavailable due to current border closures. Gaining an objective assessment of the availability of New Zealand workers who are suitable and willing to undertake seasonal work will be an added challenge.

A robust industry-New Zealand Government partnership, as well as close collaboration with Pacific governments, will be required to support a special pathway for Pacific RSE workers to return to New Zealand in the coming months as essential workers for the horticulture and viticulture industries.

This is a companion blog to RSE COVID-19 responses, supporting seasonal workers in New Zealand.