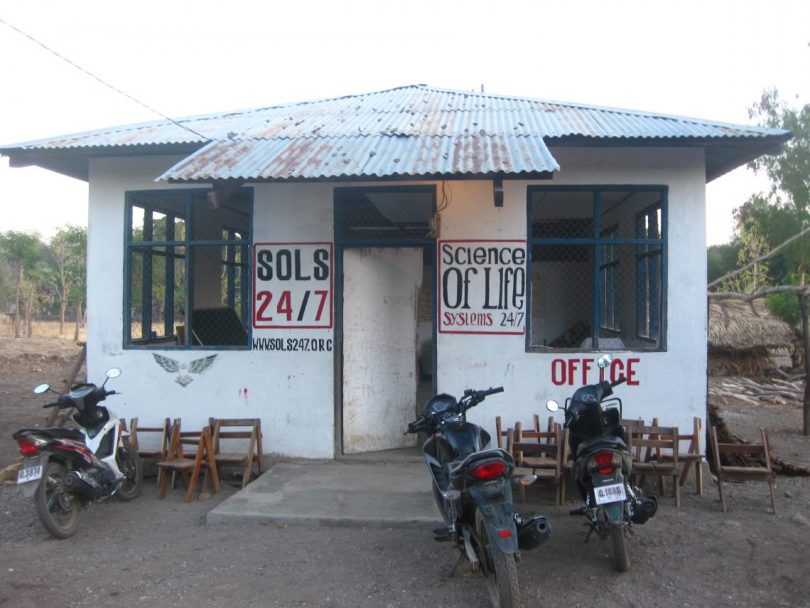 In the late 1960s, armed with a high school diploma, a young man named Jose Alexendre Gusmao hit the streets of Dili in search of a job. The only steady positions were with the Portuguese colonial administration and he found, to his dismay, that the indigenous and unconnected were not welcome. ‘They threw me out of their offices, hurling insults’, he remembered decades later.

As so many in Dili still do, Jose got by on his wits. He was a ‘fisherman, fishmonger, teacher, telephonist, typist, electrician and journalist’ and eventually a government messenger boy. Author Irena Cristalis describes how, despairing of his prospects, Gusmao managed to get to Darwin where he worked as a wharf labourer. For a time he considered emigrating with his family. Australian radio, in introducing him to the dulcet tones of Danish glam rock outfit the Walkers and the song that inspired his famous moniker, may have had a more lasting impact. Call it soft power.

The world is faster and more crowded than in young Xanana’s time, and diplomas are no longer anything special. But just as he did, many in Timor-Leste still look outward.

Seasonal work in Australia (despite its uncertainties and occasional problems) is a first choice for many Timorese who would like to work abroad, seeing it as a temporary absence not too far away from home. Since the inception of seasonal work in 2012, awareness of it has grown, and this year has reached something of a crescendo. Recruitment into a ‘work ready pool’ is handled by the State, and, extrapolating from a range of sources, by the end of the 2019 intake it will have swelled to around ten thousand people, comparable to the total number of seasonal workers from all sending countries approved to come to Australia in 2018–19.

While envisaging a better life through migration is common everywhere, in Timor-Leste this aspiration seems to be particularly pronounced. And nowhere is this expressed quite as clearly as the ubiquitous status of the nation’s premier English language training centre, Science of Life Systems 24/7 (SOLS). 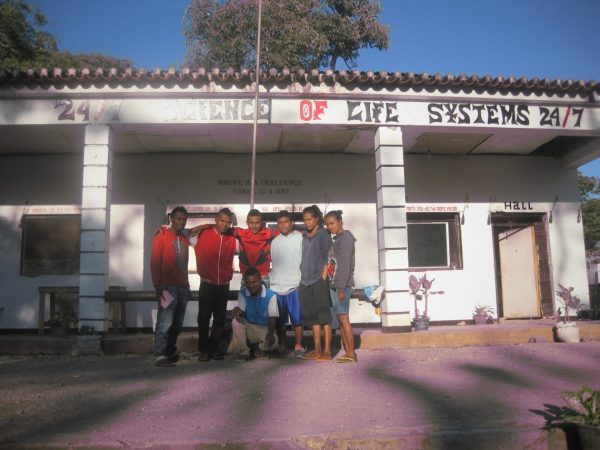 For anyone who has spent time in Timor-Leste recently, it would be difficult not to be aware of SOLS. It arrived in 2005, and although its size has fluctuated, current members say it has around 30 residential centres and sub-centres throughout the country. Its mission, genuinely non-profit, is to provide people with the chance to improve their lives through education. This consists largely of English lessons, although other subjects including IT and money management are also offered, as well as its eponymous Science of Life System™ – a set of golden rules urging diligence, discipline, compassion and positive thinking. Most Timorese under the age of 35 who speak English have had contact with their centres.

Although it was founded in Cambodia by a Malaysian of Indian heritage and operates throughout Southeast Asia, SOLS in Timor-Leste is strikingly local. Centres typically consist of thatched huts or reclaimed Indonesian-era ruins with exceptionally simple classrooms (open-air), dormitories (sleeping mats) and kitchens (boiled cassava leaf and rice) that run on a minimal budget. Good students eventually become teachers. Fees, including board, compare favourably with what it would cost students to live at home.

Life at SOLS runs to a strict timetable. Early mornings. Exercise. Study. Chores. More study. They love volleyball, sing-alongs and chanting slogans – ‘Life is a challenge, not a choice!’. Almost exclusively it is made up of people raised with simple food, little privacy and a knack for making do, who adapt easily to this lifestyle. Many stay for years. In spite of their austerity, the centres are clean and calm in a place that is often not. Air-conditioners are unheard of, but the centres have a way of tending shade trees and little patches of grass that are ideal for studying through the heat of the day. 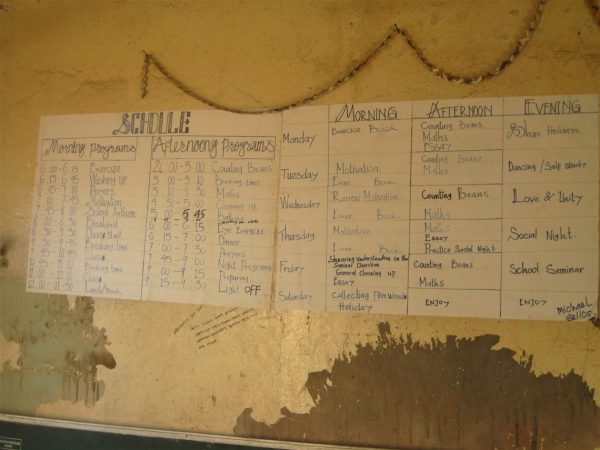 When asked what brought them to SOLS, students invariably answer, with heartbreaking earnestness, that they hope English will increase their chances of finding a job. When I started visiting them in 2011, this response was typically more an aspiration than anything else – a plumb NGO position was unlikely to appear, and while migrating to the UK was an option for some it came with daunting social and financial costs. Now most of them do have a plan – to register to pick fruit in Australia. It matters that in addition to language training, SOLS teach skills that might be useful in using money prudently. In a sense, it has been preparing kids for the Seasonal Worker Programme since before it existed.

For anyone with an interest in the prospects of Timor-Leste’s youth as they look beyond their shores to make a living, the popularity of SOLS raises a number of points.

SOLS is idiosyncratic, but through embracing the collectivist, socially-contingent, do-it-yourself, spiritually minded ethos of the Timorese street they have arguably had a greater impact on education there than any other NGO in the country. The lessons in this example of South-South aid are not easy or simple, but should not be ignored.

Less broadly, SOLS’s success reinforces that for Timor-Leste’s outwardly focused young, English is the foreign language of choice. They are not flocking to residential training centres to spend years obsessively studying Portuguese. Is it fair that this long-evident preference, now sharpened by the emergence of remittance sending as an economic mainstay, is not really reflected in national language policy? No, it is not.

Finally, for all its similarities with its Pacific neighbours, SOLS in Timor-Leste highlights that there, working abroad is embedded in a distinct context – specifically a tradition of self-organised, nationalist youth. Kids at SOLS talk not only about how they hope to support their families, but also their wish to honour the sacrifices of the resistance by building their nation. Their determination to do so, and that many of them see working abroad as part of it, demands to be taken seriously.

Note: SOLS has recently rebranded in Timor-Leste as AHHA Education; however, the new name has yet to catch on.