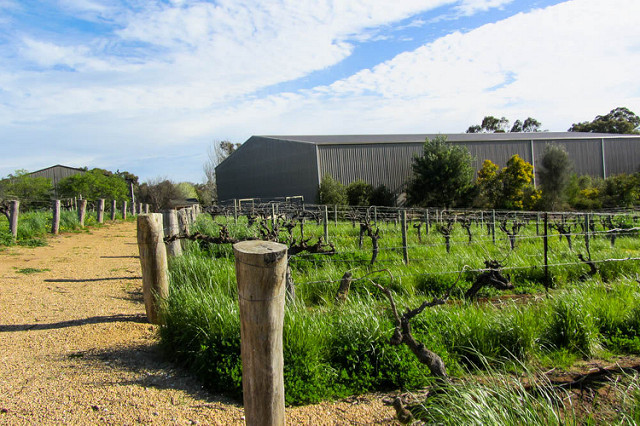 The Seasonal Worker Program (SWP) saw near 50 per cent growth in 2015-16, demonstrating the program is maturing since its formalisation in 2012 and carving out an important space within Australia’s broader migration framework. Now thanks to the Department of Employment and Department of Immigration and Border Protection, up-to-date visa data can shed light on who exactly is coming to Australia under the program.

Table 1 shows where SWP participants are coming from. Since the formalisation of the SWP in 2012, Tonga has provided more than half of all seasonal migrants every year. However its share is gradually abating, with Vanuatu growing more quickly than Tonga. These two countries account for the vast majority of all participants. Timor-Leste is another source of growth, albeit off a very low starting point. 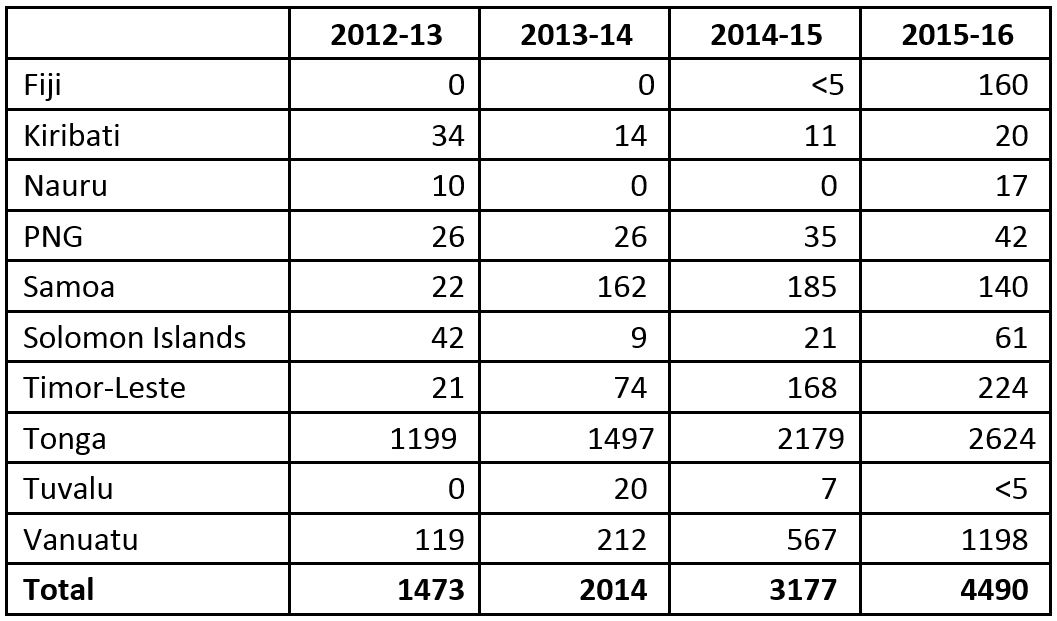 Unfortunately, countries without a tradition of emigration and those lacking a strong diaspora struggle to engage in the SWP. Both Papua New Guinea and the Solomon Islands continue to have difficulty in facilitating opportunities for their citizens to work in Australia under the SWP. With poor in-country bureaucratic processes to support employer recruitment and a lack of strong networks, it is likely these countries will continue to fail unless outreach and capacity are prioritised.

Inducing additional private sector involvement by allowing direct employer recruitment would help improve participation. Vanuatu, another country without a tradition of emigration, has managed to overcome this substantial barrier by investing in support, inducing the private sector through recruitment agents and building strong networks through the Recognised Seasonal Employer (RSE) program in New Zealand. While Vanuatu also had a major ‘first mover advantage’ by participating from the start in the RSE, this does not explain why a country like Timor-Leste can continue to grow their participation in the SWP while Papua New Guinea cannot.

Table 2 shows males continue to account for a large majority of participants in the Seasonal Worker Program. The good news is female participation grew slightly faster than males in 2015-16, 54 per cent compared to 39 per cent.

This may reflect eligibility changes, allowing tourism employers to use the SWP. While the data does not separate out into industries and the SWP numbers for tourism are small compared to horticulture, tourism offers the best possibility to overcome a stubborn gender gap for Pacific labour mobility. With women making up over 80 per cent of the first small group of i-Kiribati microstate visa holders, there are labour market opportunities to support higher female participation.

The figures in Table 3 show how the SWP is beginning to see the dividends of returning workers, with ‘returned workers’ making up 46 per cent of participants in 2015-16.

Having returning workers is one of the major benefits for employers of any seasonal migration program. Such a worker allows an upfront cost, such as recruitment and training, to be smoothed over more than one year. For tourism employers, workers will become more efficient based on an hourly wage while horticultural employers, despite the widespread use of piece-rates, will see indirect productivity benefits such as a reduction in crop waste and spoilage. In addition, return workers can also act as key linkages for employers into broader networks for future recruitment.

One government research paper on the New Zealand RSE program in 2012 found “The policy is found to have provided employers in the horticulture and viticulture industries with access to a reliable and stable workforce, with productivity gains starting to emerge as workers return for repeat seasons.” The paper also found “almost 50 per cent of first-time seasonal workers return in the next season and most (86.9 per cent) return to the same employer.”

There is also evidence return workers are able to earn greater incomes at their destinations. For example, Charlotte Bedford shows the 12 week average wage for returning seasonal workers in Hawke’s Bay, New Zealand was approximately 10 per cent higher than new seasonal workers in 2011. Gibson and McKenzie speculate participants who return may see “positive effects such as greater asset building, investments, and skill development”.

These visa grant figures shine a light on who is coming to Australia under the Seasonal Worker Program. This data provides some cautious optimism the SWP is tracking in the right direction as a tool for improving gender outcomes in Pacific labour mobility and maximising the productivity for both employers and workers by fostering return migration. The data also point to which countries need to do more to capture the benefits of labour mobility for development.

Note: there are some small discrepancies between the figures used in this blog (visa grants) and figures used previously (employment approvals).