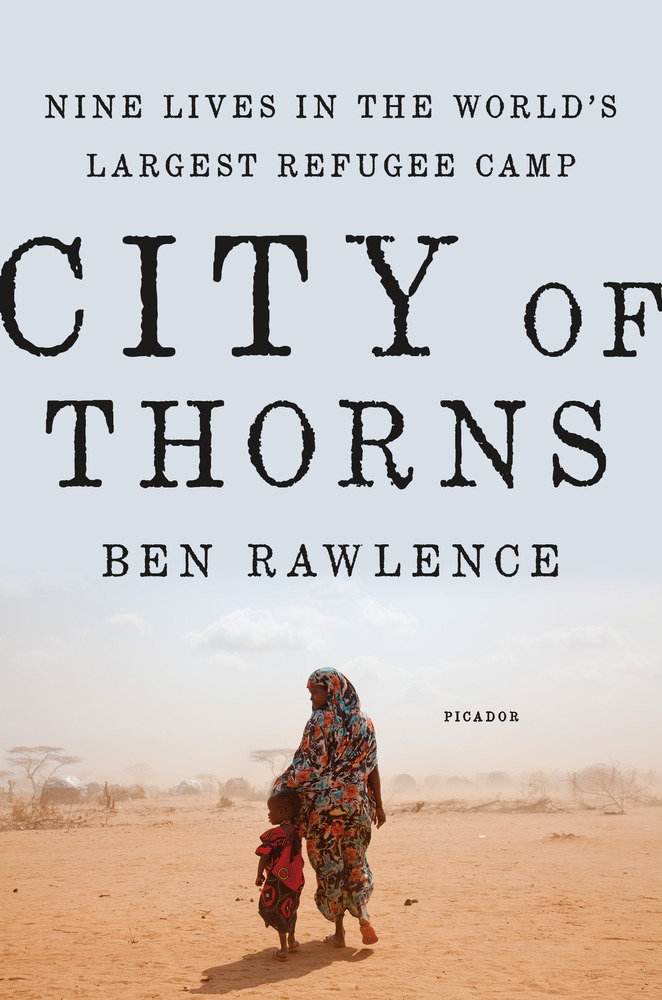 We need to use words to once more see each other for what we are: fellow human beings, no more, no less. – Richard Flanagan, ‘Does Writing Matter?’

At the 2016 Melbourne Writers’ Festival, Australian author Richard Flanagan asked the question ‘Does writing matter?’. His presentation was one of the most powerful pieces of writing I’ve come across this year. His answer was to remind us of how very important writing is because of its ability to name, reveal, awaken and liberate. He framed this in the context of Australia’s treatment of refugees and asylum seekers as described in leaked incident reports from Australia’s detention centre on Nauru, which The Guardian Australia published in August.

Ben Rawlence’s book City of Thorns is a perfect example of the kind of power that Flanagan reminds us words have. And it had the same impact on me that the ‘Nauru Files’ had on Flanagan:

Words are mostly used to keep us asleep, not to wake us. Sometimes, though, writing can panic us in the same way we are sometimes panicked at the moment of waking: here is the day and here is the world and we can sleep no longer, we must rise and live within it.

Like Flanagan, Rawlence is writing about refugees, specifically those that have found themselves via various routes and for various reasons living in the Dadaab refugee camp in northern Kenya. He describes it as the largest such camp in the world: in 2013, during a polio immunisation campaign, some 600,000 people were found to be living and working there. And he comes to understand the ‘camp’, and its function and structures, as much more permanent than the term implies.

Indeed, Dadaab is not one camp but a complex of three, and it has been in place for so long that people have been born and raised there. Established in 1992 to house refugees fleeing the violence of Somalia’s civil war, by the time Rawlence first travelled to Dadaab as a researcher for Human Rights Watch, the camp was some 20 years’ old. During subsequent extended stays, Rawlence interviewed hundreds of Dadaab’s residents. These interviews, Rawlence’s knowledge of the place and the people, and his understanding of the politics of the Horn of Africa form the basis of the book. It offers the reader an enormously rich, almost tactile, immersion in the experiences of nine people as they navigate life in a “teeming ramshackle metropolis” in the middle of the Kenyan desert.

One of the achievements of the book is to create very clear distinctions between the backgrounds, abilities, needs and aspirations of the individuals whose stories are told. Rawlence is endeavouring to show us that refugees in Kenya, like refugees everywhere, are neither a homogenous group nor an anonymous invader. In particular, he is endeavouring to undo “a lifetime of stereotyping” that suggests that poverty leads to extremism, and that conditions such as those inside Dadaab produce only two kinds of people: “terrorists and those at risk of becoming one”.

We also learn about the places that they have been forced to leave. Mogadishu, an ancient, once sparkling city reduced to rubble and ruled by the brutal Al-Shabaab militia. The southern farming region of Somalia, its two great rivers dry and the crops and livestock dead due to drought, and the taxes and raids of Al-Shabaab and others. And Eastleigh, the pre-dominantly Somali suburb of Nairobi, known as ‘Little Mogadishu’, where Somalis scramble to house themselves, work, gain an education, and stay beneath the radar of the infamously corrupt and violent Kenyan police force.

Another achievement of the book is the care that Rawlence has taken in writing it. Descriptions have been crafted, the people and places are told of in vivid colour. My feelings rose and plummeted with the arc of their lives, and their stories are told against a landscape that begins to map itself out in the mind’s eye. And what a landscape it is. In 2010, 17-year-old Guled flees Mogadishu to escape Al-Shabaab – he was among 2,000 children kidnapped by the militia that year – and arrives at the Ifo camp of the Dadaab complex with little knowledge of what to expect. Rawlence tells us:

The overcrowding here, as in the other camps, was acute. After twenty years, the camps were in need of a doubling in water capacity and shelter. Health services were at breaking point. The place where Guled had come seeking sanctuary was, according to Oxfam, a “public health emergency”, and had been for several years. It was a groaning, filthy, disease-riddled slum heaving with traumatized people without enough to eat. Crime was high and rape was routine. And the population was about to explode again.

Rawlence’s telling of the conditions under which refugees are forced to live in Kenya is as disturbing as the clinically bureaucratic accounts of abuse and self-harm revealed in the Nauru Files. It made me wonder what I would do in the same situation. Would I survive the 18-day walk that Isha made with “one cooking pot, one kettle, one cup, one plate, one twenty-litre jerrycan full of water, one mat and five children”? I’m not sure I would. Rawlence describes how, in the three years prior to finally leaving her home, hunger had “become a normal thing”:

Isha was familiar with the bleeding gums, the inflamed limbs, the cramped pain of drinking, the torture when the empty stomach eats itself. When the mind achieves a lucidity departed from the body, perhaps closer to God, and the world acquires a glassy sheen. Isha knew the lethargy like an old friend …

This is the greatest achievement of the book. Rawlence’s writing encourages us to reimagine these people as if they were us, as if their lives were ours. And as we get to know them, we realise they are very much like us, with all our diverse abilities, needs and aspirations. In doing so he helps us to connect with the desperation and hopelessness that comes from having one’s life “stripped of meaning”, to paraphrase Flanagan. This is something most of us could not otherwise imagine, yet doing so is critical to our humane response to asylum seekers and refugees.