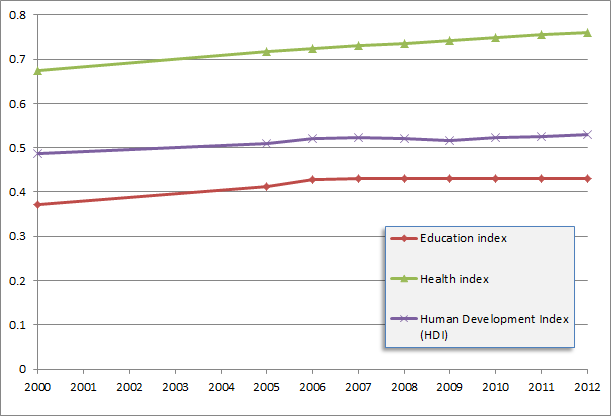 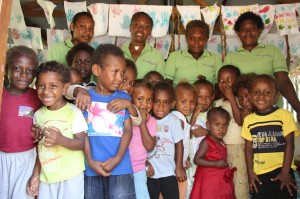 Delivery of public goods such as roads, schools and health services lies at the core of AusAID’s poverty reduction goals in Solomon Islands (SI). The logic that supports this approach is compelling: developmental change and poverty reduction is driven by ordinary people having access to public goods that expand their life options and horizons. RAMSI/AusAID are by far the largest donor in SI, contributing about AUD$222 million in FY12/13 (about 65% of the approximately US$340 million in donor aid given annually to SI) and arguably have the influence to make a difference.

Since its commencement in 2003, the RAMSI mission has achieved excellent results in terms of restoring stability to SI, and Solomon Islands Government (SIG) agencies are functioning at a level far superior to that of 1998-2003. Admittedly this is a very low baseline, because from 1998-2003 SIG agencies barely functioned. Nevertheless, the achievement is undeniable: in 2013 SI public servants get paid, turn up at work (sometimes), and do their jobs (more or less). This simply wasn’t the norm during the 1998-2003 ‘tensions’.

However, the available data and anecdotal evidence indicates that a post-RAMSI governance performance plateau may be close. Despite ten years of intensive RAMSI/AusAID support, some national human development indicators (a direct public service delivery proxy), after an initial post-RAMSI boost, have become more resistant to steady improvement, and the marginal yield on investment appears to be decreasing. The graph below (Table 1) looks at the national SI HDI score. There is no score between 2000 and 2005 however, it is clear that improvement continued to 2007. The mission commenced in 2003, so the rise since then can arguably be viewed as the RAMSI-derived service delivery ‘peace & stability dividend’.

Why wouldn’t we be seeing a sharper rise in service delivery/human development that aligns with the donor resources being pumped in? Does SIG need more resources? Is it due to poor technical capacity? What needs to be done to accelerate the delivery of public goods widely across SI? RAMSI has been successful in its main task of restoring law and order and macro-economic stability. But the available evidence tells us that most SIG agencies are still too close to ground zero in respect of internal capacity, and accordingly public service delivery is poor.

Terence Wood and Graham Teskey have recently written posts published on the Devpolicy blog that speak to this subject. Terence (here, here and here) wonders whether state effectiveness in countries like SI has been misdiagnosed, and if the further provision of fiscal and technical resources to malfunctioning state agencies falls on fallow ground. Graham courageously asks similar questions about AusAID in PNG, and whether doing more of the same in the next 20 years will deliver a different outcome to that achieved in the previous 20 years.

The recent ODE review of AusAID’s capacity building efforts in the law and justice sector in SI reached similar conclusions. It found that focusing donor resources on state agencies that exist without developmental political leadership gives poor yield in terms of service delivery. It certainly builds the individual capacity of the public officials directly involved, but “there is no direct causal relationship between improved institutional/bureaucratic processes and better service delivery, which essentially is an activity between a service provider and a recipient(s).”

There’s a vicious cycle at play here: a perpetually fragile state that can’t sustainably deliver widespread public goods like literacy, health, energy and transport is perpetually fragile because its population has no widespread access to public goods that will alter the development equilibrium that keeps them entrapped. Worse still, under their current business model aid agencies have very few levers that they can pull to alter the current trajectory.

If it is only through the vastly scaled-up provision of public goods over many generations that the SI developmental leadership problem will be resolved, then what can we do about service delivery? In my next blog I’ll consider an idea from Paul Collier about improving service delivery levels in weak states.