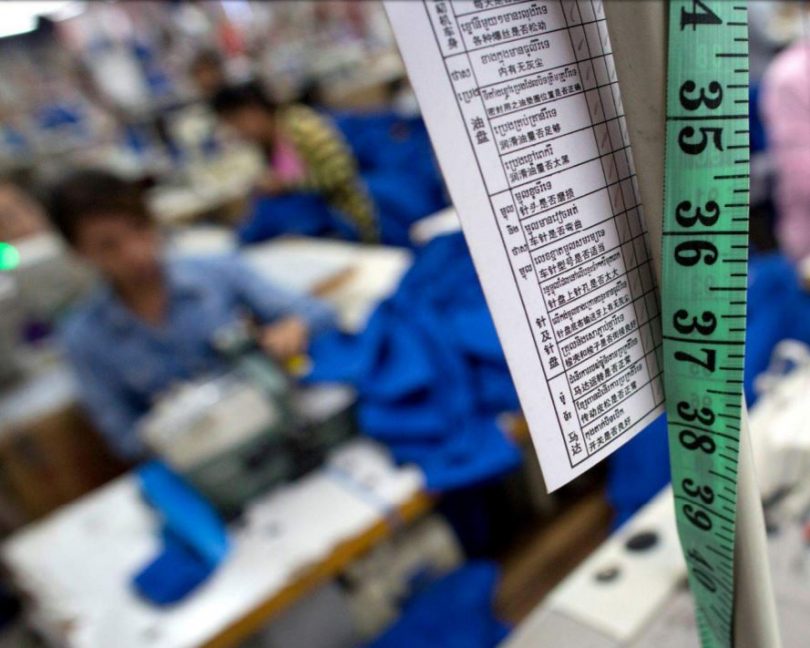 The Cambodian garment industry has a reputation as an ethical sourcing destination. The garment sector in Cambodia employs approximately 600,000 people and up to 85% of workers are women, with the vast majority migrating from their home provinces for employment. However, the majority of women in the garment industry are not on equal terms with their male colleagues, and face a number of obstacles and disadvantages inside and outside the workplace. Harmful gender norms and structures both in and out of the factory mean that they are largely excluded from certain types of work (such as leadership roles), get paid less than men (the average basic salary of female workers in the industry was USD 145 per month in 2015, compared to USD 161 for male workers), receive less education and training, are recognised less for their contributions, and are more likely to be exploited and harassed in the workplace.

Wanting to understand more about the extent, forms and implications of harassment in the workplace, CARE International commissioned an industry-wide study of the prevalence and productivity cost of sexual harassment in the Cambodian garment industry. Expert researchers through CARE, in cooperation with the Garment Manufacturers Association of Cambodia (GMAC), conducted the study which was funded through the Australian NGO Cooperation Program (ANCP) from the Australian Department of Foreign Affairs and Trade (DFAT) and the Australian public. This report presents the findings of a large-scale nationally representative survey of sexual harassment in the Cambodian garment industry, collecting data on 1,287 workers (1085 women and 198 men) across 52 factories. The quantitative survey was complemented by 25 qualitative interviews and 9 focus groups conducted in a range of living and working environments. The report, entitled ‘I know I cannot quit.’ The Prevalence and Productivity Cost of Sexual Harassment to the Cambodian Garment Industry, aims to enhance understanding of the relationship between violence against women, sexual harassment and the cost of productivity to the sector.

Some of the key findings uncovered by the study:

Sexual harassment both perpetuates and is perpetuated by gender inequality. Both women and men experience sexual harassment, although the forms of harassment appear different for men in that they may pressure them to participate in a workplace culture of sexual harassment. These gendered norms and approaches should be challenged and replaced by a comprehensive, coordinated and systematic response that is based on the principle that all women have a right to be free from violence, including sexual harassment. Importantly, the results of the report demonstrate not only that sexual harassment remains a serious issue for women workers in the Cambodian garment industry, but also that it is associated with considerable costs to the factories themselves. 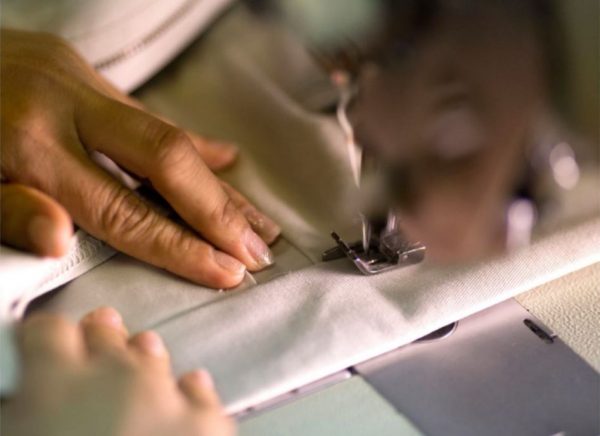 The qualitative component of the study provided additional context around the quantitative findings by interviewing and conducting focus groups with workers such as Chanthavy (name changed to protect her identity). Single and age 24, she left her parents’ home in Prey Veng province to find work in Phnom Penh. She moved into a shared room with her cousins but now lives alone:

“I have lived in this area for two years, but I don’t know many members of the community. I have some relatives and colleagues nearby, but I don’t know many neighbours… [Women] only go out to work and then come back to the house. We fear staying outside… You cannot hide. Almost every morning, we meet problems on the way to work, with men calling out to us and chasing us. Two months ago, it happened to me, at 6am on the way to the factory. I was walking and two men began to chase me. It was light at that time but quiet where we were. I ran to where there would be many people. This happens to many women, but we don’t report it to the factory. Before, we used to report it, but they didn’t do anything. They ignored it… everybody knows some factories are better than others… But those factories are always full…”

Based on the report findings, CARE’s overall recommendations are threefold:

Strengthening policy, its implementation, and complaints mechanisms processes can support the industry to create a safer work environment and reduce productivity loss caused by violence. More broadly, efforts must be made to address the root cause of sexual harassment: gender inequality. Derogatory attitudes towards women must be addressed both through workplace processes, and through targeted campaigns in the broader community. This is a task that involves everyone working together: government, industry, civil society and the community.

Stephanie Rendell is a postgraduate student at RMIT and was an intern with CARE Australia. Hannah Lee is the EMERGE Regional Coordinator for CARE Australia.

The full report can be accessed here. To find out more about CARE’s work in Cambodia, visit here. You can learn more about CARE’s sexual harassment prevention package here, or contact CARE Australia’s Gender Equality Unit for more information here.

Stephanie Rendell is a postgraduate student at RMIT, currently completing her Master of International Development, after having studied a Bachelor of Arts (Hons.), majoring in Politics and International Relations. Stephanie's areas of academic interest include gender politics, human rights, and conflict and terrorism studies, and she is currently undertaking a research project on women's experience of sexual violence within the Bosnian war. Most recently, Stephanie has interned with CARE Australia, putting her passion for gender equality into practice, and she hopes to work in the development industry in the future.

Hannah Lee is the EMERGE Mekong Regional Coordinator for CARE Australia. She is based in Hanoi where she has resided for the last 9 years with her husband and two daughters. She completed her Bachelor of Arts in English Literature from Franklin and Marshall College and her Master of Public Health from Emory University, both in the United States. Her work and areas of interest include social justice for marginalised groups, preventing gender-based violence, and building solidarity in feminist grassroots movements. She is motivated and humbled by the work of CARE colleagues, volunteers, partners and especially, women at the centre of CARE’s work, who are in the front lines, fighting for gender equality and the rights of women globally.