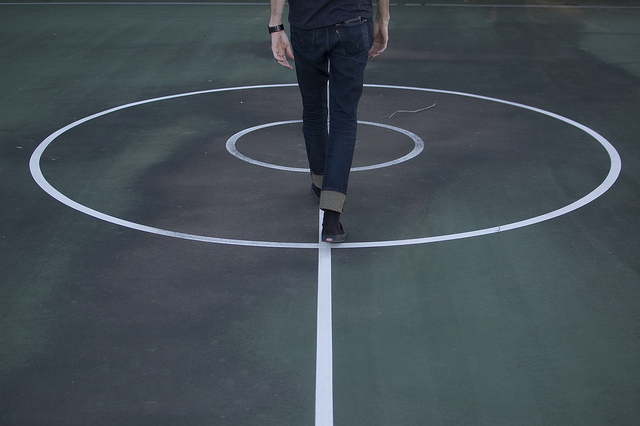 The PNG Prime Minister has released a plan to revamp Australian aid. In 2016, he says, “Papua New Guinea will move to a model where our partners will be welcome to fund positions within our Government.” It sounds radical, but it’s not a new idea. In fact, it is one that various people, including myself, have been advocating for some time. I was a co-author of the 2010 Review of the Australia-PNG Development Cooperation Treaty (DCT) (along with Eric Kwa and Soe Lin). We noted that “Using Australian aid to fund in-line positions would be a return to earlier days, when budget support was often used for this purpose.” We also quoted from a synthesis by Lynn Pieper of a set of interviews with eminent former PNG civil servants, that suggested that moving away from this model was a mistake. Back in 2004, Lynn wrote:

“[After independence], expatriate personnel were in contracted, line positions, subject to normal lines of command, discipline, and public service ethics. The shift to off-line, advisory support during the 1980s, whilst a well-intentioned part of the localisation process, ‘was a step backwards’ in the opinion of interviewees. Apart from being much more expensive, it has created a feeling of condescension between ‘advisers’ and their ‘counterparts’; reduced sustainability prospects by separating the work done by advisers from the ‘normal’ work of departments; created a dependency by Departmental Heads on using advisers to fix problems rather than training nationals to learn the job by doing it; destroyed the collegiate sense that previously existed (‘we used to work and socialise together’); and eroded any sense of pride in achievements – counterparts do not have any sense of ownership of results, and advisers today ‘are not long term stayers’.” (Pieper, 2004, p.3)

We also commented that the in-line model had been effectively used by another small resource-rich country, Botswana. We quoted from Tony Land, who in 2002 summarised the Botswana approach as follows (and then went on to praise its effectiveness):

“TA personnel [were] generally assigned to established posts (line positions) rather than to projects or advisory positions; and TA personnel are contracted by, and [were] responsible to the government in the first instance, and to the sponsoring donor second.”

Since our 2010 report, Australia has experimented with in-line positions, rather than embraced the approach. Now is the time for an embrace. The time is right not only because the recipient wants it, but because Australia is in the process of redesigning and putting out to tender two major projects, one for governance [pdf] and one for law and justice. These are big projects – $450 million for governance and $90 million for law and justice, both over five years – that will define how Australia gives aid in these sectors for years to come. As currently drafted, they are adviser-heavy. In-line does not rate a mention.

A change to an in-line approach would not be easy. First, if it is to be mainstreamed, it can’t be around a model of employing Australian government officials to take PNG government positions. There are too many sensitivities around sovereignty and spying, on the PNG side, and around diplomatic immunity, on the Australian side, for that to be sustainable. So, rather than relying on the AFP, for example, the PNG Government would have to go to the market for expat police.

Second, there would be concerns around corruption. Australia would rightly be worried about paying the salary of someone who could be overseeing a corrupt department or agency. These risks could be mitigated by the donor being involved in the selection process, and by a contractual commitment that donor-funded staff would have to report suspicions of corruption to both the PNG Government and donors. But Australia should also be realistic. A move to in-line positions won’t eliminate corruption, but it will do a better job than the advisory model, where it is all too easy to keep well-intentioned advisers out of the loop.

Third, hiring a large number of expatriates would carry a heavy administrative burden. Here, the services of a contracting company could be drawn on to help with hiring, and also to provide “expat provisions” such as housing and security.

It won’t be easy, but it could be done, and it’s time to change. Many advisers have worked hard and some have been able to make a difference, but in general aid-funded personnel would be more productive if in-line. I always remember the words of a Provincial Administrator we quoted in our DCT review: “Advisers are outside the system. They find it very difficult to tell [staff] what to do. They are not attached to any position number in the civil service. They’ve got to be in the action, in the ‘tribe’, not outside.”

To read more, have a look at the 2010 DCT Review (especially Section 2) and my submission [pdf] to the 2015 Australian parliamentary inquiry into aid to PNG (especially Part D). The Lynn Pieper report is available here and is well worth a read. See also Jane Thomason’s  PNG-specific comment on this recent Devpolicy post: “TA per se is not the problem – indeed embedded TA or inline positions are badly needed – but advisers with no accountabilities often working with public servants who don’t want the advice, are a problem.”