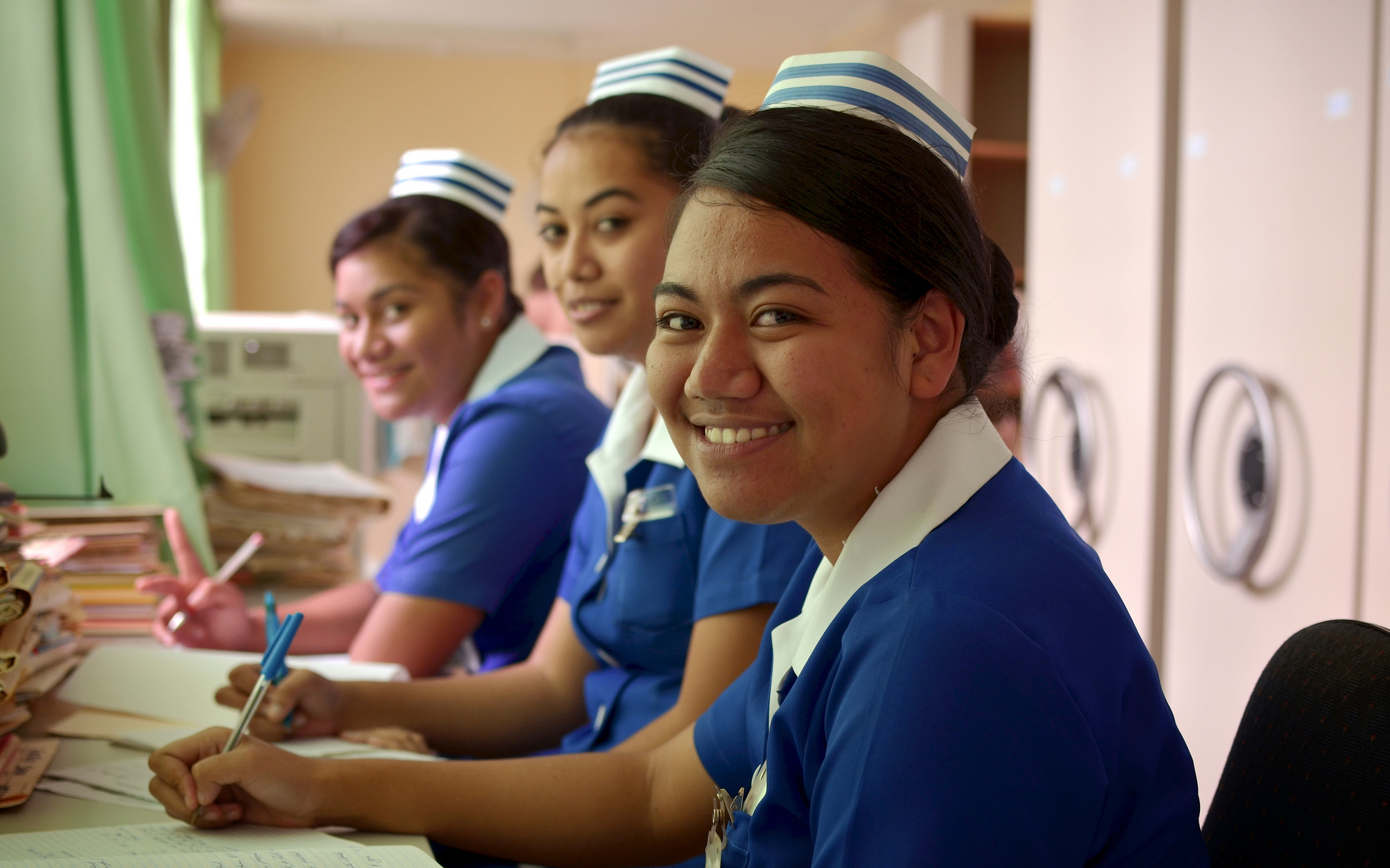 The Australian government recently released its 2015-2020 Health for Development Strategy. This comes on the back of the agriculture and food security strategy released in February. It’s great to finally see DFAT emerging from its cautionary and inward-looking emphasis of the last couple years and start to declare its priorities and vision. Many of us in the development sector have been waiting to stop talking about politics and internal machinations and get back to the ideas driving the development agenda.

The new health strategy makes for interesting reading in many ways. Explicitly stated as “the highest priority” is investing in priority countries’ core public health systems. By this they mean supporting the foundation stones of a strong, resilient system that can address a wide range of diseases and health challenges. This effort is based on the WHO building blocks and includes the health workforce, information systems (such as for disease surveillance), medicines policy, financing models (such as insurance schemes) and overall health system governance.

The focus on country-level, context-specific initiatives is not in itself new but represents a more explicit focus, moving the aid program away from regional and global approaches to addressing health challenges. AusAID previously had a focus on strengthening health services but concurrently spent a great deal of funding on regional initiatives (for example on HIV in the Pacific) and on global efforts; the new strategy positions the aid program squarely as a country partner on the detailed engagement needed to build a functioning health system.

There are two main challenges with improving health systems. Firstly, doing so is extremely difficult. Most notably, efforts over the past decades to reform PNG’s health system have achieved little amidst corruption and weak governance. Investments in health systems must be long-term and broad-based, and almost always take years to develop and to bed down. A health systems focus is presented in the strategy as a five year endeavour, but a more honest approach would be to state clearly that building a sustainable health system in PNG or the Solomon Islands is at least a 10 to 15-year endeavour. Indeed, a recent Lancet article highlighting successful health system investments used a 25-year framework and noted successes in Bangladesh, Ethiopia, Kyrgyzstan, Thailand, and the Indian state of Tamil Nadu.

The second challenge is that health systems are (often perceived as) boring. I imagine many readers started to doze off as soon as I mentioned “medicines policy” or “financing models” in an earlier paragraph. Focusing on health systems moves the aid program away from high profile acute initiatives, such as polio eradication or distributing bednets to combat malaria, to complex, harder-to-sell efforts, such as strengthening Myanmar’s nursing education or supporting the development of Indonesia’s national health insurance scheme.

Lest one be underwhelmed by this soporific strategy, let’s remember that weak health systems precipitated the ongoing Ebola crisis in West Africa. Liberia, Sierra Leone and Guinea all lacked the people, policy and products to respond quickly to a disease outbreak. The second (of two) strategic outcomes in the new health strategy acknowledges that these health systems challenges are not confined to West Africa but are found in Australia’s nearest neighbours and therefore calls for efforts “to strengthen regional preparedness and capacity to respond to emerging health threats.” Clearly the country-level health systems focus and the preparedness agenda go hand-in-hand.

For those who are passionate about details on countries and funding flows, this strategy is lacking. Priority countries are not stated – beyond South East Asia and the Pacific – and the amount of funding allocated to health broadly or to any of the specific initiatives is not stated. In the context of recently announced cuts to health sector investments in Myanmar, it is unclear how health will be affected by the massive budget cuts of the last couple of years.

But it is important to note that a focus on health systems does not necessarily require the same levels of investment as a more traditional disease-focused, input-based strategy. Not to let the Australian government off the hook for the unprecedented aid cuts, but a focus on health systems does not mean buying tens of thousands of bednets or purchasing anti-retroviral medication or paying for kidney dialysis for those suffering from diabetes.

It is more about advising and supporting governments on managing decentralisation of health services, providing analytics on the impact of user fees in primary health care, sharing experience on the regulation of private sector service providers. This is a less expensive approach and one that acknowledges that some of the likely priority countries have sufficient domestic funding to implement once a suitable context-specific health system model is developed. Indeed, a successful long-term health systems investment could make the health aid sector obsolete in a few countries over the coming decade or two.

This leads to the inevitable question as to whether DFAT has the high-level expertise and capacity to engage deeply with country partners and provide advice on complex, technical, long-term issues such as financing and governance. The strategy acknowledges that the aid program will have to lean on “specialist technical assistance” that provides a clear opportunity for NGOs, consultants, universities and others to contribute to the delivery of this strategy. A return to a dependence on advisers is a big risk for the aid program in terms of image and effectiveness. Whether those advisers would be Australian is unclear, and why any of our neighbours would want to adopt Australia’s convoluted health financing model or expensive pharmaceutical policy is unclear as well. In other areas, it’s not clear that Australia has relevant expertise to offer (for example, we must assume that stated investments in “prevention of over-nutrition, drawing on Australia’s experience” are based on what not to do!).

Those who do not do so well in this strategy include those working on more narrow disease-focused initiatives. While “health systems” is mentioned 31 times in the 20-page strategy, HIV is mentioned three times and chronic illness seven times. In the 2011 health strategy, HIV was mentioned 13 times in 11 pages, and in 2009 AusAID published a 44-page stand-alone HIV strategy.

Nutrition (along with water and sanitation) is highlighted, which provides a clear link to the food security strategy, and there is scope for closer collaboration between two of the major sectors of the aid program. Research and development into new products gets a brief mention in pillar five of the strategy around “health innovation”.

The other losers in this strategy are multilateral health actors. The language used suggests that contributions to and engagement with multilateral agencies such as WHO, UNAIDS, UNFPA and UNICEF will not strictly be a part of Australia’s role as a good global citizen but will rather be more narrowly focused on organisations that do good work in South East Asia and the Pacific. The strategy states that “we will make investment decisions that reduce fragmentation and align our multilateral and global health investments to our region’s health priorities”, and later notes that DFAT will invest in organisations that “have demonstrable, country level effectiveness in our region, particularly the Pacific” – a criterion that essentially rules out most UN agencies. My attitude on the merits of some global actors is well known, so this part of the strategy resonates with me. But I imagine that the World Bank and Asian Development Bank would be pleased given their relative expertise in health systems and financing.

Of course judgement on this strategy will have to wait until more detail is announced on health funding and specific initiatives. Strategies do not always lead to actions; often politics trumps stated objectives. A health systems focus is harder to sell to politicians and to the wider community who are already wary of aid spending. Politicians might prefer the input-based, easily-digestible, disease-focused strategies from which this strategy aims to move away.

But fundamentally, if I were a Pacific Island director of health services, I would be encouraged by this strategy and would be knocking on DFAT’s door to start an honest discussion about long-term support needs. In an earlier Devpolicy blog post by senior health officials in the Solomon Islands, this is exactly the kind of strategy they called for:

Joel Negin is Associate Professor of International Health and Deputy Head of School at the School of Public Health at the University of Sydney.