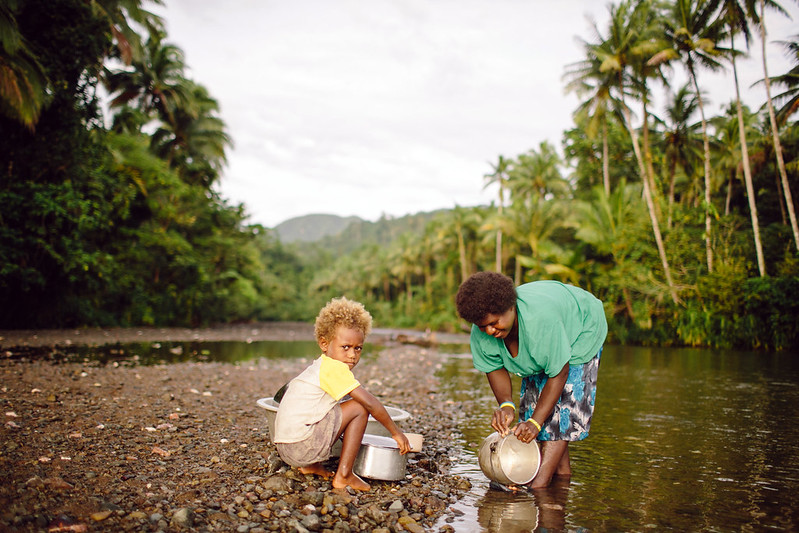 As donors seeking to support development impact in the Pacific, the Australian government cannot afford to ignore the challenge of child undernutrition and its deep and long-lasting impacts on the Pacific region’s health, productivity and prosperity. The Pacific and Timor-Leste region has some of the highest rates of child stunting outside of Sub-Saharan Africa. The problem is particularly pervasive in Papua New Guinea.

Last year, World Vision assessed the nutrition and growth of 757 children aged under two in households across PNG (in the North, Middle and South Fly districts in Western Province). The study, funded by the Australian government through the PNG-Australia Partnership, found that only 7.3% of children surveyed met minimum dietary diversity requirements (to consume 5-8 food groups per day). Almost a third of households (32%) went without eating for a day or more during the previous 12 months. In Middle Fly, 75% of households reported going hungry for a day or more. While most households reported not having food for a day or two, some said they had no access to food for 10-14 days.

Less than half, or 344, of the caregivers who were interviewed – most of them women – had received nutrition guidance, support, or advice from their local health care workers during their pregnancy. Over a third of respondents (277) did not know why it is important to practise exclusive breast feeding. Furthermore, the households studied had difficulty accessing health services, including antenatal care, because they lived in geographically isolated areas. A variety of factors contributed to poor nutrition, including limited income, poor access to food, limited access to nutrition information, climatic conditions such as excess rain destroying crops, and cultural practices discouraging mothers from eating otherwise nourishing food.

Although this research is new, the challenges are not. The development indicators for child malnutrition have not shifted in more than three decades in PNG. Nutrition is included as a fundamental human rights and development issue in PNG’s constitution, yet the country is home to the third highest rate of child stunting worldwide. Stunting is caused by poor nutrition in-utero and during early childhood, particularly during the first 1,000 days of life, and poor nutrition can have lifelong impacts on educational performance, adult earnings, productivity and health. Stunting cannot be reversed beyond the age of two years, but it can be prevented through education and early nutrition support.

Child undernutrition remains a significant challenge across the Pacific region. The 2021 Global Nutrition Report indicates that Timor-Leste has the second, while PNG has the third, highest stunting rates worldwide surpassed only by Eritrea. Timor-Leste (51.70%) leads the region in child stunting, followed by Papua New Guinea (49.50%), Marshall lslands (34.8 %) and Vanuatu (28.90%). 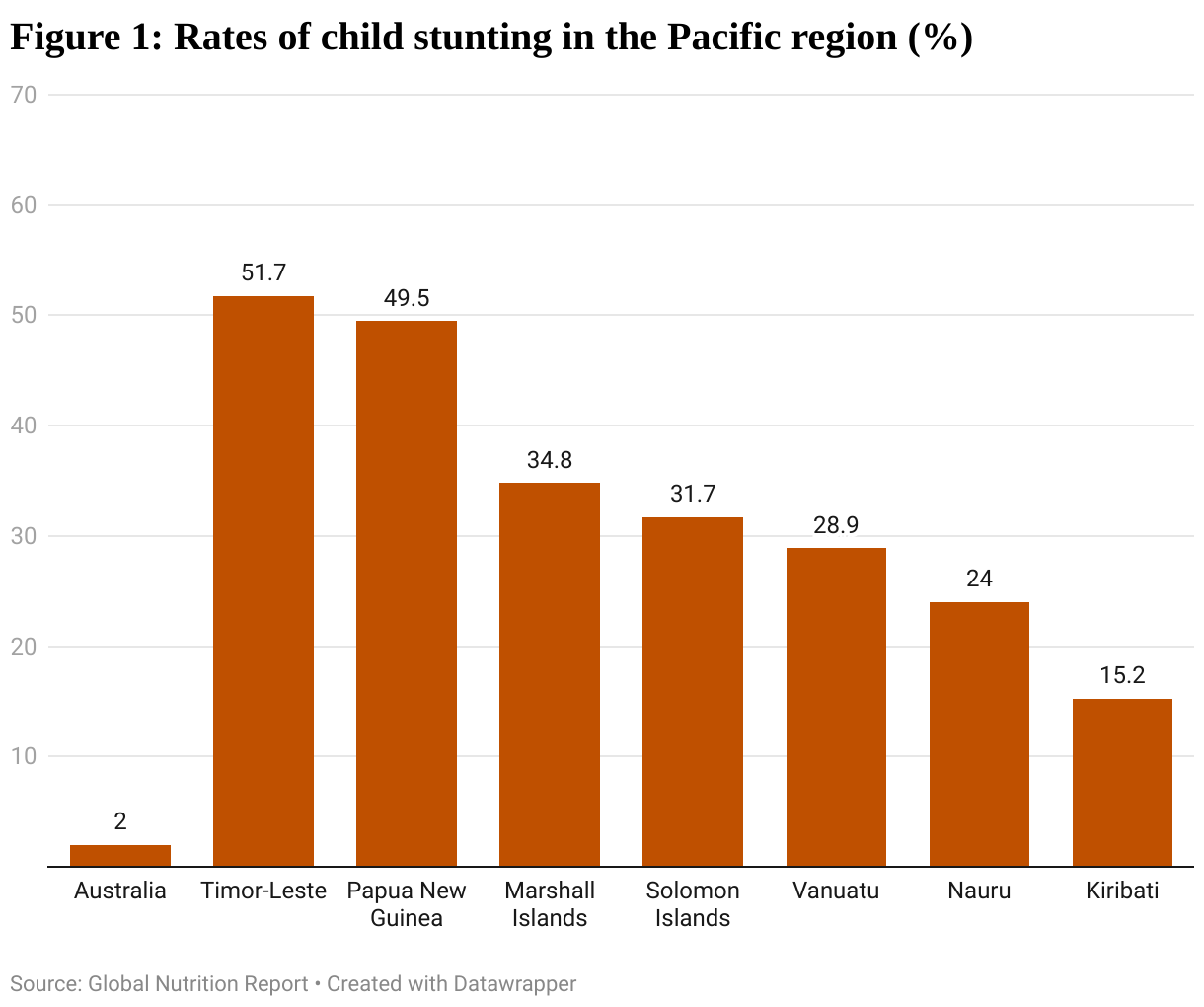 Four years ago, Senator Penny Wong, now Australian Minister for Foreign Affairs, called out the importance of addressing child nutrition in the Pacific in a 2018 speech on ‘Development assistance in a time of disruption’. She said that “one of the biggest challenges facing our region is child stunting due to poor and unhygienic nutrition”. Senator Wong highlighted the importance of supporting nutrition interventions at an early age in a region with incredibly young populations, whose quality of life and economic development could be severely diminished if nutrition needs are not met. “Addressing the health needs of children in the region has strong return on investment,” she said, “and, importantly, intervention in children’s health reduces future cost on a recipient country’s health infrastructure.”

As the Minister for Foreign Affairs, Senator Wong has the perfect opportunity to translate her child nutrition blueprint into action. Australia should make reducing child malnutrition a central goal of its development assistance with additional aid of around A$100 million over four years directed to a child nutrition initiative. Every dollar invested in reducing stunting generates an economic return of about $18 in high-burden countries.

Looking ahead, Australia should utilise its expertise in child and maternal health to establish a regional Centre of Excellence in Maternal and Child Health to share best practice, build the capacity of partner countries, and promote the health of mothers and their children. Like the Australian Centre for International Agricultural Research (ACIAR), this centre could feature the ‘go-to’ experts in the field and help lift nutrition and health outcomes across the region.

The Australian government should rally the Pacific governments, multilaterals, corporates, NGOs and civil society to approach child malnutrition as a regional challenge better addressed in collaboration. A combination of intentional and focused leadership, backed by adequate resourcing and capacity building, are required for the region to shift the dial on what has been a stubborn but nevertheless critical issue to address – the health and nutrition of Australia’s youngest neighbours.