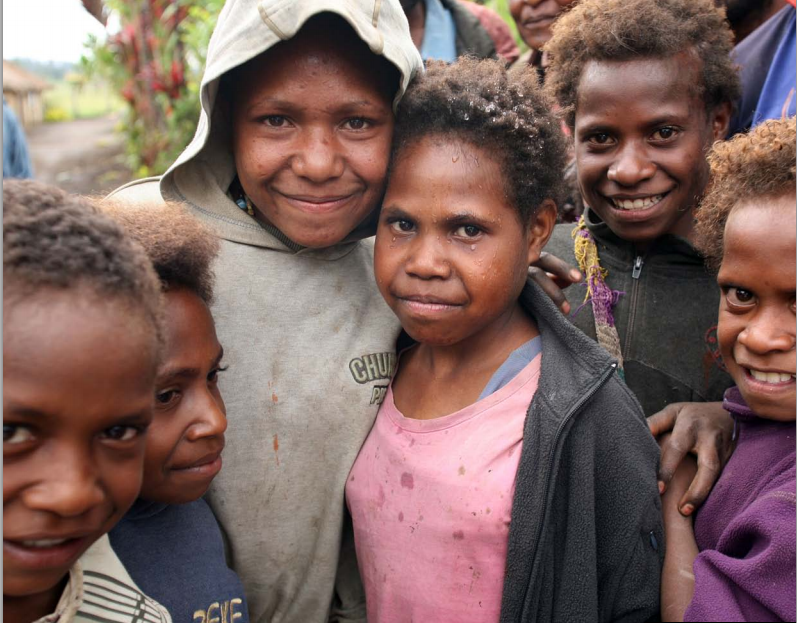 The following is a transcript of a speech delivered by the Right Honorable Sir Mekere Morauta, Minister of Public Enterprises for Papua New Guinea, at the launch of the Development Policy Centre and CARE report “Rural Poverty in Remote Papua New Guinea: a case study of Obura-Wonenara District”. The report was launched on November 17 at the National Research Institute, Port Moresby.

Good morning ladies and gentlemen. May I extend a special welcome to representatives of CARE International PNG and the Australian National University’s Development Policy Centre, which are the two organisations responsible for the report that is being launched today.  I thank them for their interest in and contribution to Papua New Guinea.

The report does not paint a pretty picture. It shows life in rural and remote Papua New Guinea as it really is:

The point I want to make is that life in these places does not have to be this way.

We have had ample opportunity since 1975 to improve our way of life, yet apart from the first few years of independence, we have not done so.  In the last eight years the country has enjoyed massive flows of revenue from oil, copper and gold projects, but virtually none of it has been translated into services and benefits for rural people.

I call this “the PNG paradox” – rich in resources, but poor in services.  Plenty of money, but little to show for it.  For nine years we had one government, so-called political stability, at a time of unprecedented revenue flows to the government.  What did the money and political stability bring to the people or rural PNG? Clearly, something is missing. What is the missing link between money, political stability and poverty and lack of services?  We have to find an answer to this question. Otherwise, the enormous additional wealth expected from PNG LNG will only aggravate the paradox.

It is clear that the way we are managing resources is not producing positive results. Doing things the way we have always done them has failed the nation, and the result is social indicators that are among the worst in the world.

What is stopping us change our way of managing our resources? One of the reasons is that we are frightened of reform. We are scared of change.

My view is that what we should really be afraid of is the status quo.

The CARE-ANU report provides us with some detailed statistics about the poor quality of life in many areas of Papua New Guinea.

As we have heard, it focussed on the 262 families living in the Yelia Local Government Area of Obura-Wonenara, but its facts speak for many, many other places across the nation.

I won’t repeat the key findings of the survey. I will only add that I know many families from this part of the country, and I also know that for them, nothing much has changed since independence. That is why we need reform. Reform is urgent. It is not always popular because it changes the status quo and may deprive those benefitting from the status quo; it carries risks because it introduces an element of the unknown.

So reform is always a challenge, but when structured properly can make a big difference.

As Minister for Public Enterprises, I am responsible for a number of State-Owned Enterprises (SOEs).  I intend to reform them so that they are more responsive to community needs, to make them operate in a more sustainable manner so that they are not a constant drain on the public purse, and so that price rises are contained.

People seem to forget that these SOEs do not belong to the government of the day; they do not exist to glorify our image, or to fly our flag. These enterprises are owned by the people of Papua New Guinea to provide services for their welfare – transport, power, water, telecommunications.  The question then to ask is WHY is it that they are not providing extensive, reliable, affordable and decent quality services? Under public ownership, these service providers have proved incapable. So is the choice between ownership and services? Take an example.  Air Niugini flies to 17 ports throughout the country, just 17 in a country where air transport is the only form of communication and transport for millions of people.  It is not able to extend services to more areas without a capital injection of hundreds of millions of kina and then, ongoing subsidies.  What is the solution?  How do we change Air Niugini to be well capitalised, profitable and able to extend services to rural areas without government financial support?  Difficult to see how, if under government ownership.

IPBC has completed strategic reviews of all SOEs to get a snapshot of their state of health so that we can take appropriate action. It is clear that there is room for significant improvement in different areas across all SOEs. Most have long-term structural issues that need to be dealt with and a few have serious immediate problems.  All are chronically under-capitalised and are fatally dependent on the public purse.  Most are poorly managed and lack commercial discipline.

My intention is to make them all operate with sound governance and to meet minimum service standards in a commercially sustainable manner.

The O’Neill-Namah Government has also agreed to set up an Infrastructure Authority within the Sovereign Wealth Fund. The authority will be charged with maintaining and expanding our national infrastructure. Nothing could be more important for people in remote communities such as Yelia than well-maintained roads. These are the reforms that will help improve the daily lives of the people of Yelia LLG and others like them.

Things will not change overnight, but  a start is being made, and that is in stark contrast to what has gone on before.

One essential for reform is an open mind. Recently there have been all sorts of noisy but pointless debates about what sort of “ism” we should follow in reforming our State-Owned Enterprises. Capitalism? Socialism? Marxist-Leninism? Liberalism? This is all irrelevant humbug, mostly from vested interests, rent-seekers, and people who simply like to push their own political barrow. Remember the opposition to two of my reforms – the rescue of National Provident Fund from financial collapse caused by political interference, and the decision to merge PNGBC with Bank South Pacific. NPF was on the brink of failure when I became Prime Minister in 1999. Members stood to lose every toea they had – their life savings. Today Nasfund, as NPF is now known, is a strong, independent and highly successful superannuation fund. Today it has almost 130,000 members and made an after-tax profit last year of K295 million.  From 2001 to 2010 its assets grew from K268 million to K2.2 billion – a growth of 830% over the period.

Sensible, responsible and effective reform has transformed Nasfund, and in the process assured the retirement future of 130,000 Papua New Guineans who were faced with financial ruin.

It is a similar story with banking reform. In 1999, the so-called “people’s bank”, PNGBC, was bankrupt because it had been robbed by politicians and their cronies, and mismanaged in its dying years. My decision to merge it with BSP has been a similar success. The new people’s bank, BSP, is still 90 per cent-plus-owned by Papua New Guineans. It is clearly the biggest and best bank in the Pacific Islands. It is highly profitable, and made an operating profit after tax of $276 million last year.  It has opened more branches and employs 38% more people today than the two banks did in 1999. So as a bank, BSP is highly successful.  But it does not operate in all rural areas and it is still government’s job to find ways of extending financial and banking services to rural people.  There are ways of doing it, but again they involve reform. It is time we stop thinking in tired old ways and introduce new recipes for successful national development. That is the only way to help the people of Yelia LLG in a sustainable way over the long term.

I am pleased that CARE is implementing a community-based project to help the people of Yelia and that further surveys are planned. I welcome this monitoring, and I am confident that, if we stick with reforms, we will start to see progress in Yelia and throughout PNG.