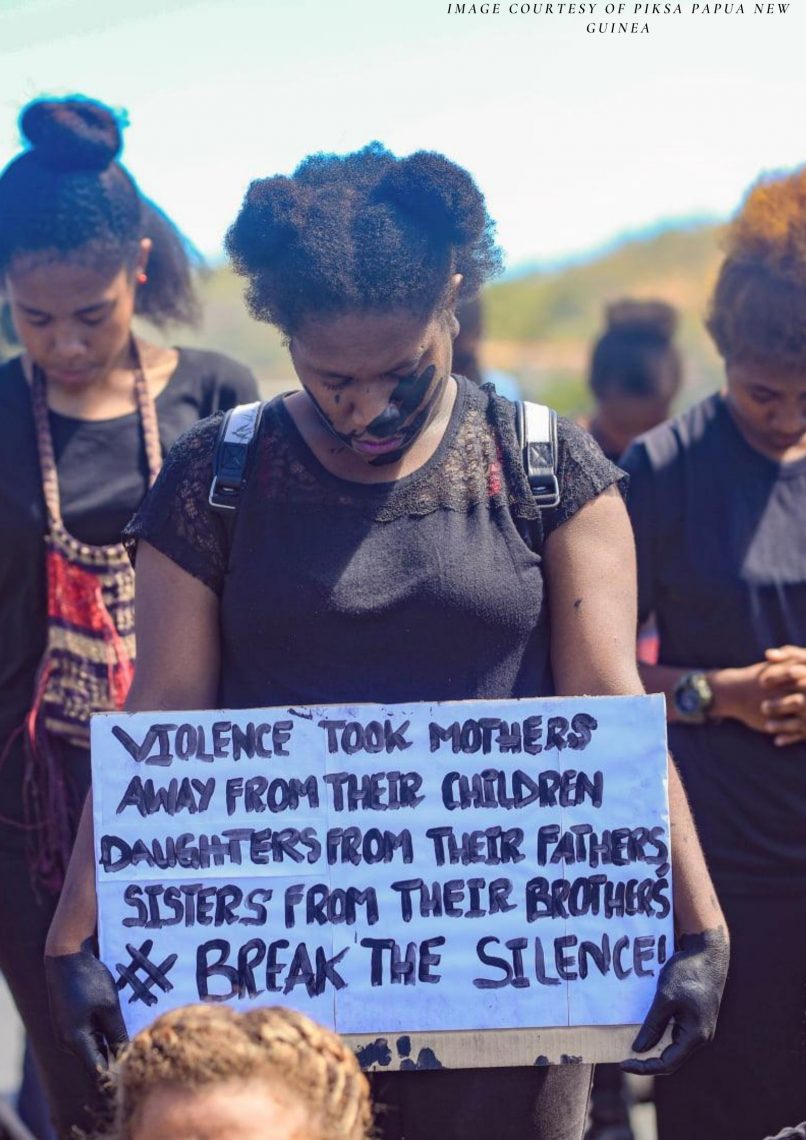 In June 2020, two cases of intimate partner violence (IPV) went viral on social media in Papua New Guinea (PNG) sparking public commentary on the specifics of the two cases and the problem of IPV in PNG more broadly. Despite similarities between the two cases, they received divergent responses from the general public regarding the attribution of blame and the actions of the female victims.

Social media offers a platform for community conversations on IPV and reveals certain justifications for IPV in PNG that need to be addressed if we are to see a reduction in IPV cases. Here we consider two different cases.

The first case involves Debbie Kaore, an international rugby player, boxer and Pacific Games gold medallist. On the evening of 4 June 2020, Kaore was brutally beaten in an attack filmed by a friend on a mobile phone. The video, later posted by Kaore on Facebook, shows her being headbutted twice before being struck with a hot clothes iron. The video, as well as images of Kaore’s injuries, were widely shared by Facebook users. The alleged perpetrator of Kaore’s abuse is PNG Army Lieutenant Murray Oa, who has been charged over the attack and released on a court bail of K1,200 by the Waigani Committal Court.

Commentary surrounding the case link Oa’s actions to an earlier video posted by Kaore on the Chinese social networking service, TikTok. Kaore’s video shows her and a male PNG TikTok user in a split-screen duet (a popular feature of the platform).

Following the distribution of Kaore’s TikTok video, the subsequent video of Kaore’s beating received mixed reactions on social media. Although official media outlets published headlines suggesting the attack sparked outrage in PNG, many people used popular PNG Facebook pages to argue that Kaore’s beating was the consequence of her actions and that men are unfairly targeted as the perpetrators of violence against women:

So who instigated the whole drama. It’s her … Leave f*@kn [sic] social media out of your life. Stop this nonsense violence campaign against women when some women are the very cause of violence. They instigate the problem and run around social media begging for justice. (Gabriel Sammy, commenting on the EMTV Online page)

When you deal with any sort of problem look at both sides of the coin … We PNGs are too good in blaming men and take side [sic] of a woman. But we need to understand that we must learn to be honest in what we do and coz [sic] if we lie to our husbands or wives these are the consequences of lying. (Rose Akaina, commenting on the EMTV Online page)

Critics of Kaore’s TikTok video claim it was flirtatious and inappropriately showed her to be revealing skin (cleavage). This is perceived by critics as disrespectful to Oa, who has cared for Kaore’s children from a previous marriage:

Someone who took under his care and looked after your kids from your previous marriage deserves better. Not you going around his back and flirting with your someone on tiktok whilst living under his roof … We advocate on violence [sic] against women, but what we fail to advocate is for women to be respectful, submissive and supportive to men. I can say he is a very decent man, who can take care of another man’s child and he should be given the respect he deserve[s]. (Eliza Palme, PNG Daily)

Yet in response to comments appearing to condone Oa’s behaviour, many others argued that violence against women is inexcusable in all circumstances as of course, it is:

Reading the comments makes me so disgusted as a woman I cannot believe some of the women on here supporting violence. And the men supporting the violence I pray you don’t treat your woman like that let alone keep silent when your sisters and mothers are treated like this. She didn’t deserve to be head butted over a ticktok [sic] video there are ways to sit down as a married couple and have a conversation about it. Violence is violence there is simple [sic] no justification of that. (Nadia A Kumbz, commenting on the EMTV Online page)

Similarly, the PNG Prime Minister, James Marape, used Facebook to condemn the attack and called on married couples to resolve disputes without resorting to violence.

Two weeks following Kaore’s attack, details surrounding the brutal death of 19-year-old Jenelyn Kennedy were also released via Facebook. On 24 June 2020, Dr Sam Yockopua, Chief of Emergency Medicine at the National Department of Health, took to Facebook to describe the horrific image of a young woman whose body lay lifeless in Port Moresby General Hospital. His gruesome description included cuts and scratches, a fractured skull and rope marks around her wrists, suggesting that Kennedy had been tortured. Kennedy eventually died from head injuries and bruised internal organs. The accused murderer, Bhosip Kaiwi, is in Bomana Prison and awaiting his next court hearing.

In response to Dr Yockopua’s Facebook post, social media platforms blazed with backlash from the public, with many calling for Kaiwi to be given the death penalty. The case also sparked protests in Port Moresby and renewed calls to wear black on Thursdays as part of a campaign to stand against all forms of violence.

While Facebook users questioned the circumstances which lead to the torture and death of Kennedy, greater emphasis has been placed on how doctors, family and friends had failed her and the cruelty of her murder. Some Facebook users, however, picked up on the apparent hypocrisy in attitudes towards IPV in PNG by comparing the Kennedy and Kaore cases:

Last week for instance all over social media was the video played over and over again of Debbie, a lady that was absolutely smashed to pieces, with a hot iron, by her “husband”, the man that “loves” her. Worst part of all of that was the comments of both men and women saying, she deserved it, for whatever reasons. When a society has the mentality that a man has a right, to do that to his wife, to “discipline” her, as if she is a petulant child, or an aggressive unwanted dog. This is where the problem lies. (Eric Maloney, commenting on Sam Yockopua’s Facebook page).

The two cases highlight several opportunities for using social media in responding to IPV in PNG. These include, most importantly, the opportunity for women to share personal accounts of abuse. Popular PNG Facebook pages also appear to provide a possible platform for:

Although social media can be used to share vile statements, it can also provide an opportunity for advocates and service providers to explore and challenge the potential attitudes that underpin IPV in this country. What we learn should inform future awareness and prevention messaging.

Rayanne Nongkas is an Executive Officer at the Centre for Learning and Teaching, Divine Word University in Papua New Guinea.