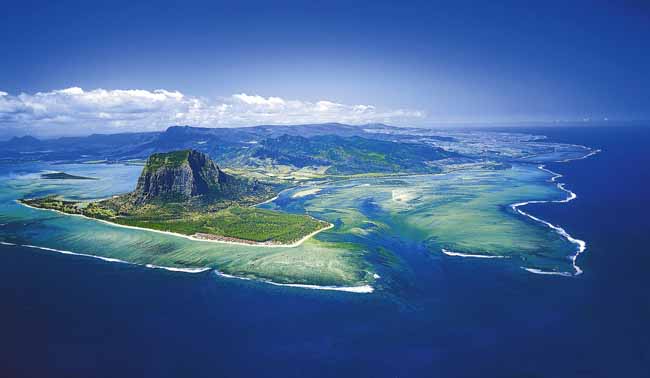 I spent a week last month in Mauritius as a guest of their national university.  Right from the moment the plane banked to land at the airport to the moment of departure from the island, the landscape and its people kept reminding me of many island nations of the Pacific and Fiji particularly.  The sugarcane fields, the mountains in the back drop, the greenery, and the people look deceptively similar to Fiji. There were a few dissimilarities too. Three that stood out for me included: the use of Creole (‘pigeon French’); the dense population; and, the notable absence of abject poverty we often encounter in many of our own islands.

Mauritius is facing the loss of preferential access to its sugar into the European Union; the very same challenge faced by Fiji.  Both nations are wrestling to keep their sugar industries alive.  While Mauritius is far from resolving this challenge, the policymakers there are a long way ahead of Fiji in working towards a solution.

Could a dead industry be worth more than a live one?

I spent a day touring the sugarcane fields, talking to farmers.  Having grown up on a small sugarcane farm in Fiji, the parallels and the differences were equally stark.  While some farms are large and highly mechanised, there are several smallholders who produce sugarcane on many family run farms.  Many of these farms are rocky, but the government has embarked upon a large ‘de-rocking’ campaign.  Similarly, Mauritius is experiencing a drought right now.  But unlike Fiji, many farms are being irrigated.  And in sharp contrast to folks at home, a large chunk of sugarcane is mechanically harvested and loaded for transportation to the mills.  Some hand harvesting and loading of sugarcane is done on slopes inaccessible by machines.  But the manual cutters work nights to escape the heat.

A rationalisation of sugar mills is on the way.  Mauritius used to have six sugar mills.  Two have been closed down with one of the above turned into an attractive ‘Aveture du Sucre’ for tourists with the site complete with a days adventure, a boutique shop, restaurant, etc.  Instead of being a liability to the economy, this ‘dead sugar mill’ is providing jobs and preserving history for the people of Mauritius and more.

Diversification out of sugar into mangoes, lychees, flowers, and niche garments

It is hard to miss the multiple efforts at diversification away from sugar.  Several sugarcane farms are being converted into mango and lychee orchards, and flower plots.  These newly grown produce are also destined for Europe.  Their volumes remain low, particularly when compared to sugar, but the trends in the growth of their exports are promising.  Mauritius is far from being a competitive producer of sugar, but mangoes, lychees, and flowers give a very different smell to the future of these industries.

Garments is another of those industries undergoing rapid transformation.  The emergence of China and the expiry of the Multi-Fibre Agreement (MFA) as of the beginning of 2005 have placed many nations reliant on clothing exports under stress.  Mauritius underwent the same stresses, but its own clothing industry is in a phase of renaissance, now marketing niche markets within the developed world.

Rest and recreation to reinvigorate employment

Tourism remains a major industry both in terms of foreign exchange earnings and as a source of employment.  And the impact of the global financial crisis and its adverse effects on Europe, the source of most tourists to Mauritius, are being felt.  But growth of tourism continues with the island nation poised to host one million tourists in 2010 and targeting a doubling of this figure by 2015.  The industry has grown at an annual average of 9 percent for the past two decades, becoming the largest source of foreign exchange.

One does not even have to get on the ground to notice the booming construction industry.  Mauritius is attracting rich retirees who bring with them income and jobs for the people of the island.  Mauritius, however, has a total land area of just 2,000 km2; approximately a tenth that of Fiji.  This island nation is about twice as large as Efate, the third largest island in Vanuatu.  A total of 1.2 million people live on the 2,000 km2 in Mauritius compared to the 0.84 million in Fiji or the 0.05 million on Efate.  The point being that the potential for growth of tourism in much of the Pacific islands, and all of Melanesia remains to be exploited.

Tourism has strong linkages to the local economy meaning that the growing hordes of tourists that arrive into the island each day contribute to income and employment for many.  The tourists do well out of Mauritius too.  The dollar buys just about more than any similar destination within the Pacific islands.  Accommodation and food prices in Mauritius compare more favourably with those in Fiji and many other Pacific island destinations.

A fieldtrip to Mauritius?

Policymakers in Port Luis are far from being content with the diversification of their agriculture sector, the growth of the retirement villages, and the increasing number of tourist arrivals.  A new cyber city is being built.  And the two major universities are busy training students for growth of information technology.  Mauritius is also gearing up to provide healthcare 24/7 to its people and those with thick wallets.  They realise the potential for growth of healthcare services.  Rest and recuperate may be the new slogan for the newly arriving retirees from the cold winters of Europe.

Pacific island policymakers could learn much from Mauritius.  Mauritius has managed to ameliorate the handicaps of (small) size and isolation.  The nation has also managed to maintain a harmonious and vibrant multicultural community.  Many of our island leaders and policymakers could learn much from Mauritius.  Why not a fieldtrip to this prosperous nation soon?