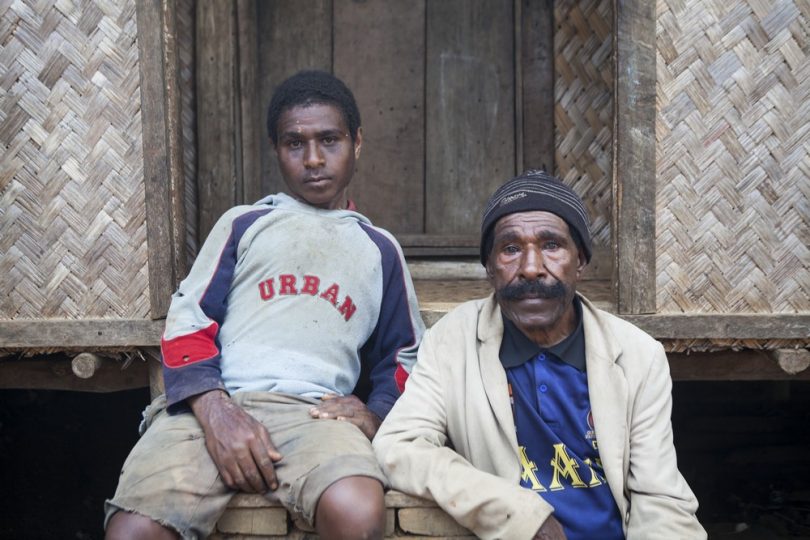 “Spears to semi-automatics: The human cost of tribal conflict in Papua New Guinea” is a short film produced by the International Committee for Red Cross (ICRC). Released in June 2017, and now available online, the film is set in the Highlands Region of PNG and documents the humanitarian consequences of sustained tribal violence. Drawing on stories from many impacted by the violence – including displaced persons, health workers, community leaders, fighters, and ICRC staff – the film documents the pervasive destruction that comes about when tribes go to war. It also highlights the work that many people in communities are doing to establish peace and mitigate the harmful impacts of the violence.

In an interview with Michelle Rooney and Grant Walton the head of ICRC PNG, Mark Kessler, reflected on the deeper issues associated with tribal violence (their interview can be found here). At the end of their interview Mark and ICRC Mission in Australia Communications Officer Andrea Lunt spoke more specifically about what motivated the documentary and what considerations went into its production.

According to Mark, the purpose of the documentary was improve awareness of the issue beyond PNG: “We would like to show people what’s happening and what [tribal war] means for everyday life”.

Mark and Andrea understood the need for a nuanced depiction of the reasons for tribal conflict.  PNG is often negatively portrayed in mainstream media, which often exclusively focuses on sensational issues, such as sorcery and attacks on tourists. Given this, Andrea said care was taken not to resort to stereotypes:

We wanted it to be nuanced [and] have the voices of people who were actually involved in a conflict, and those local NGOs that are responding. I think we found it tricky in the editing stage to take so much and put it into [a short documentary] … We can’t really afford to make an hour-long piece and due to our neutral, impartial mandate as a humanitarian organisation we don’t have the flexibility that a journalist might have when it comes to covering an issue or situation… that’s why we wanted to use the film to primarily highlight the humanitarian issues. I think it’s a good conversation starter. “Why is this happening? Let’s explore it more.”

The film has reportedly had positive reviews. At the Australian premier in Canberra in June the Acting High Commissioner of Papua New Guinea candidly reflected on the film, saying that it highlighted a key developmental challenge for the country.

It is a worthwhile watch for those working or interested in PNG. The question is: what will it take to significantly disrupt the cycle of tribal violence in the country?

Michelle Rooney and Grant Walton are Research Fellows at the Development Policy Centre.